I recall the main plot of the story concerned a human boy abandoned by his parents and raised on another planet by an alien species. These aliens resembled something along the lines of a monkey/bear hybrid. They were very hairy and walked upright. One of these aliens acted as a mother to the boy.

These aliens had a mythology in which there existed a creature somewhat like Satan from Christian theology. This creature tempted people based on their deepest desires, but eventually "took their souls". If I remember correctly, the aliens never spoke the name of this creature. There was a forest that these aliens were wary of and it was warned that this evil creature lived in the forest.

Eventually, the human boy sets outs on a journey, either one of self discovery or to find his lost father, though I cannot remember which. Throughout his journey, he encounters some sort of large domed cities and a robotic waste disposal system that I believe almost kills him.

He encounters his father, who if I remember correctly is now some sort of mercenary or space pirate. One of his crew-members has a metal mechanical jaw. At some point towards the end of the story, the boy is becoming hopeless and actually encounters the evil creature and in his desperation almost succumbs to it.

The writing style is somewhat similar to Larklight by Philip Reeve. That's all I can remember. Any help is greatly appreciated.

This is Beyond the Deepwoods 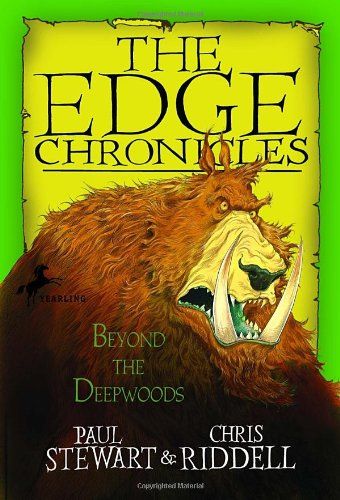 This is the first book in the Twig trilogy of The Edge Chronicles, which is the first trilogy by publication order and the second chronologically. It was published in 1998, so you could easily have read it in 2004.

It matches all the points in your question, although some may have been misremembered. 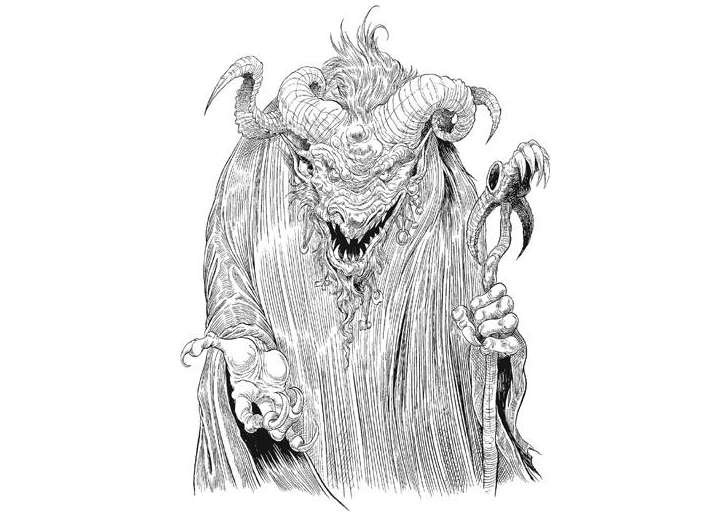 You can definitely see the Satanic influence: horns, staff, robe.

Not the answer you're looking for? Browse other questions tagged story-identification aliens spaceship young-adult space or ask your own question.

15
Looking for young adult book, possible from the last 10-15 years
13
identify this book about a human turned into a god by aliens
10
Trying to recall the name of a young adult dystopian fantasy novel from late 90s / early 00s
12
Looking for name of manga novel of boy that found exosuit on dying alien and it has great power
5
Young adult fantasy book with eye color changes
5
Young adult book about a girl who goes to live with her dead mother's people, who are aliens
4
1950s-1979 young adult novel about a boy traveling through world which turns out to be a spaceship