In the DC Comics Universe, What Happens to Earthlings Under a Red Sun?

I know in the earliest versions of Superman, his powers weren't from the yellow sun, but that was changed and, in general (at least as I understand it), Superman's powers are because he was native to a world with a red sun and now he's under a yellow sun.

What happens to an Earthling or other native to a yellow sun planet when near a red sun? And what if the sun is blue? Or a brown dwarf?

Please note: I'm asking about a red sun, not about living on Krypton. Okay, that's heavy gravity, but it's not the only planet under a red sun. (But, still the point about whether yellow sun natives would have super powers would come into play there, wouldn't it?)

Short answer: Nothing. Nothing happens to humans under a red sun. We would find our visual capacity reduced since we developed under a white/yellow sun. And depending on where the star's habitable zone was, we might be a bit cold if it's a red dwarf or a bit hot if its a red giant. Other than that, the radiant energy of a star does nothing for human beings as we know them.

Detailed Answer: Humans unlike native Kryptonians are not physically adapted to live on heavy gravity worlds such as Krypton, nor are we genetically designed for superhuman abilities under the radiation of non-red stars. Superman's powers are likely not a side-effect of evolution, but of genetic engineering.

Humans moved to worlds with stars of different colors would garner no particular benefit, and depending on the nature of the planet could find ourselves in distress if the world was under a hotter and more energetic blue star whose radiation levels would be lethal to us.

To note the DCU's history, there have been stories in the 60's (during the Pre-Crisis Superman Era) that doubled the superpowers of Superman and gave humans superhuman powers under a blue star but those stories were likely the result of lack of scientific knowledge on the part of the writers. Humans would have no such superhuman adaptations or modifications to give us superhuman abilities.

A brown dwarf is a star that has not achieved luminescence. It emits more radiation to the environment than it absorbs from its parent star. Superman's energy stores would likely not be affected by the lesser radiation profile of a brown dwarf as long as there was another more powerful solar source in the area. Humans would need protection from the radiation of a brown dwarf if we were too close to it (say on one of its nearby moons) otherwise it would only be a threat if we were close to it. Jupiter and Saturn both possess some of the qualities of a brown dwarf. They are often called failed or sub-brown dwarfs. Both lack sufficient mass to make the classification. A gas giant with 13 times the mass of Jupiter meets the basic qualifications to be a true brown dwarf.

And as with so many things, the DCnU has not officially denoted what happens to humans under blue stars. But the proper answer, without extraordinary circumstances should be nothing but a really nice tan.

A while ago I found "Superman vs Muhammad Ali" (1978). In this comic an alien tyrant forces Superman and Muhammad Ali to have a boxing match. To take away Superman's advantage the match takes place under a red sun. Muhammad Ali is unaffected. Both also bring their supporting cast, and they too are unaffected.

So, if you're a physically fit Earthling and staying there for a short term, there is no advantage or disadvantage.

Within the context of the DC Universe, I believe they gained Superman-like powers (at least at one time; this effect may well have been retconned out of existence). I dimly remember a very old story in which Batman was transported to another planet with a red sun, by the inhabitants, and wound up with the exact same strength, speed, flight and invulnerability powers Superman possesses. The explanation given was that the red sun granted powers to humans in the same way that a yellow sun empowers Kryptonians. I can't remember what issue or how old the comic was, but I distinctly remember the storyline. I was reminded when I saw them write in that red sunlight de-powers Superman, and wondering why any humans nearby didn't wind up with powers.

It depends on the continuity, obviously. But the December 1960 Superboy #85 shows a kid named Tom, the son of Professor Charles Keith (because of course, C.K. initials) gain superpowers under the golden moon of the tiny, low-gravity planet Zumoor. 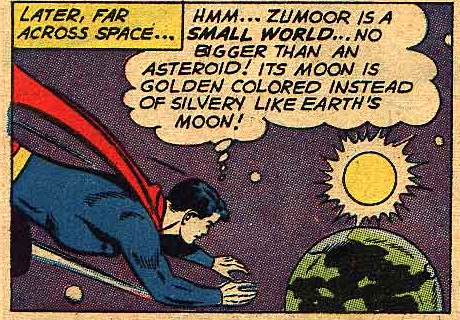 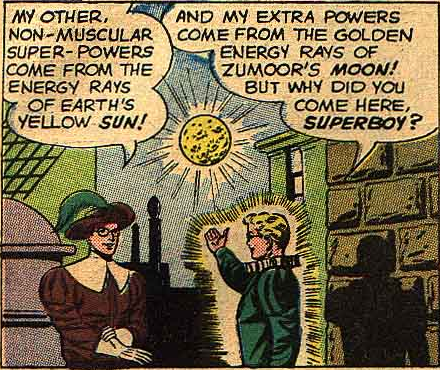 The color of Zumoor's sun is never mentioned, but the golden moon also had other properties that were strange even by the standards of Silver Age comic book science, like "pressure-rays" that "force the atmosphere down," since Zumoor's gravity is too weak to hold an atmosphere. 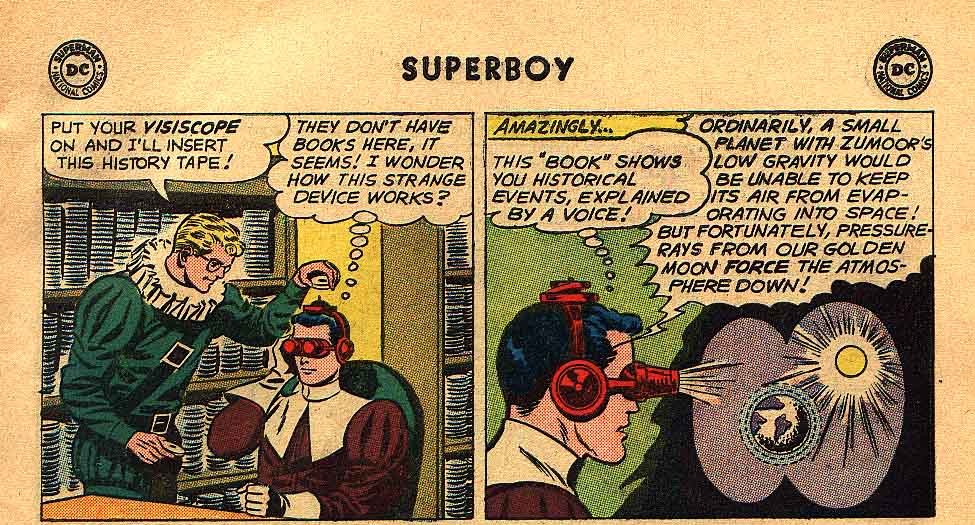 Presumably any human could get the same superpowers on Zumoor, but with the weakness that, spoiler alert, a Kryptonian under the golden moon touching a human causes completely random effects to happen to the human as the plot demands, potentially fatally, just like Red Kryptonite did to Kryptonians pre-Crisis. 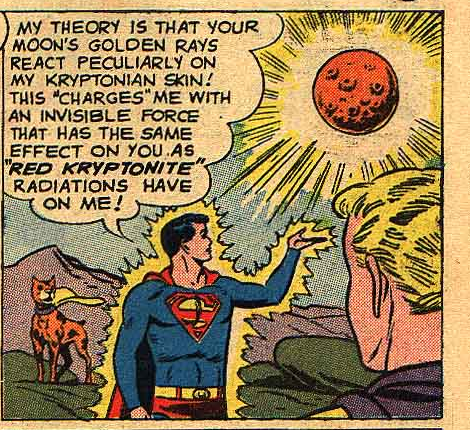 Going back to DC Comic book stories, I can tell you that Dc for sure retconned out the existence of humans having powers under a red sun. But they did create the comic storyline of mighty boy, a human named Thomas Keith sent into Space by his Parents in a home made rocket which accidentally landed on a Planet Zumoor where the radiation from that Planet's golden lunar moon rays amd lower gravity bestowed on him Kryptonian like powers exactly matching those of Superman. He was later renamed Zarl Kazzan by his adoptive parents on that home-world. It was further explained that the radiation of the golden lunar rays gave humans a version of the same meta-genes Kryptonians have under a yellow Sun granting us humans super-human like abilities. Dc never retconned him out of existence until Infinite Crisis and New 52.

(I'm taking most my info from Young Justice). In Young Justice, which is based off the comics Young Justice and Teen Titans, some humans have a meta gene in theme which brings out specified powers that you need to adapt to.
So if a human (with the meta gene) would go to a planet with a red sun he/she would get super powers. Not specifically the same powers as Superman's, but still powers. Or even better you'd go to a blue planet because you need an extremely harsh environment.

Actually most of the people who answered this are wrong... It used to be in comics such as Superman vs the Amazing Spider-Man (1976); back then, before even the Superman right in Pre-Crisis... that if a human was exposed to red solar radiation they received super powers.

The human is overdosed with the radiation of the sun's neutrons and color. In this case the human could have the same effect that it did on Superman or it could kill him.

3
What would happen if a human was exposed to the red sun of Krypton?
1
Is there any sun-color that gives humans "Kryptonian" powers?
1
What color suns has Superman encountered, and what effects did they have on him?

6
Why did Superman & Supergirl start to suffocate instantly when Luthor made our yellow Sun red?
1
How can the Kandorians(Kryptonians) have their powers?
13
Shouldn't Superman Be (Literally) Black?
15
How strong is Superman on Krypton?
3
Do Kryptonians know about the effect of yellow suns and how did they use it?
0
What was Mongul referring to about red suns?
9
Why doesn't Superman make his own Flashpoint paradox to save Krypton?