Who, other than Thanos, has ever broken Captain America's shield?

While equipped with the Infinity Gauntlet (I think), Thanos made light work of Captain America's shield. 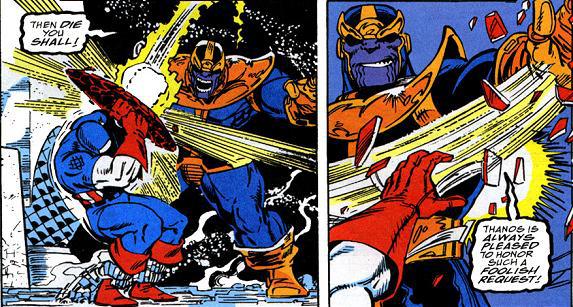 Has anyone else ever successfully broken it?

I'll copy this from thegeektwins

Molecule Man is a supervillain who can control molecules, which is pretty much everything, so he's basically one of the most powerful villains in the Marvel Universe. In The Avengers 215, he proves his awesome power by disintegrating Thor's hammer, Iron Man's armor, the Silver Surfer's board, and Captain America's shield. But when the Avengers defeat him, the Molecule Man agrees to reassemble everything. Nice. 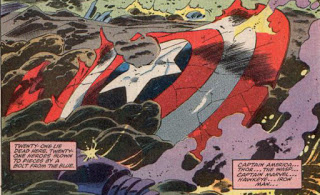 In the Secret Wars limited series, a godlike being known only as the Beyonder transports Earth's mightiest superheroes and supervillains onto a distant world to fight it out. When Doctor Doom steals the Beyonder's power in issue 11, he incinerates all the heroes with an energy blast, and we see Captain America's broken shield in the remains. But the Beyonder (in the body of Klaw) tricks Doctor Doom into bringing the heroes back to life, gets his power back, and grants each hero one wish. Captain America could have wished for world peace or maybe actual superpowers. Instead, he wished to have his shield repaired. Yeah, he loves that thing. 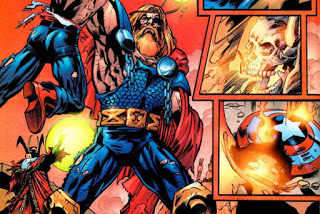 When Odin's father dies, Thor becomes king of Asgard, infused with the Odin Force. The Odin Force gives him near infinite power as well as an infinite temper. In a fight of rage in Thor 73 (vol 2, if you're counting), King Thor kills Captain America and breaks his shield. However, that didn't last long. Much like the bout with Thanos, Lord Thor goes back in time to change history in issue 79 so this never happened. But it still counts. 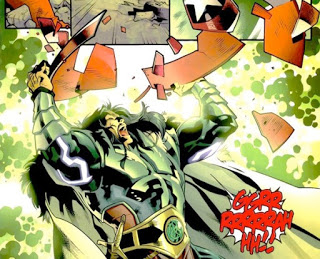 In the Fear Itself mini-series, the Asgardian god of fear known as the Serpent is freed and goes on a rampage. He believes he's the rightful ruler of Asgard, and transforms various heroes and villains into his sinister army to overthrow Odin. During battle with the Avengers, the Serpent catches and breaks Captain America's shield in half with his bare hands. But much like the other incidents, it doesn't stay broken for long. After the Serpent is defeated, Asgardian dwarves (literal dwarves, not little people) repair the shield. The process leaves a scar, which Captain America decides to leave for character. Except that other artists decided not to use the scar.

...and more from The Inquisitor 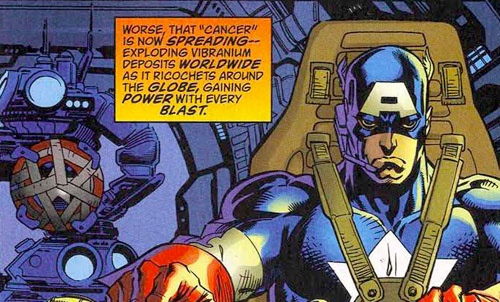 Apparently, though, even vibranium has its limits. Once, Captain America had pushed his shield to that limit, and the energy it absorbed had caused a molecular abnormality in the vibranium. That abnormality spread, destabilizing the entire shield to the point that it shattered.

It got fixed, though, when the sonically powered supervillain Klaw blasted it with some sound waves or something. Klaw’s attack, apparently, was just what Captain America’s shield needed to realign itself and get back to its… umm… indestructisomethingness. Because comics.

...and there's even been more