How strong is Daenerys's claim to the Iron Throne after season six? [duplicate]

if we say she succeeds Tommen and not Aerys II?

Tommen left no siblings behind; his 'father' Robert and Robert’s siblings are dead.

We have to go further up the Baratheon family tree and we will see that Robert had a grandmother (she would be Tommen’s great-grandmother), Rhaelle Targaryen, who is also Daenerys's great-aunt.

Some people say that Cersei Lannister is the heir of Tommen - if you go all the way up the Baratheon family tree, you will find Cersei’s great-great-great-great-grandfather, Mathin Lannister, but isn’t this claim weaker than Daenerys's claim? 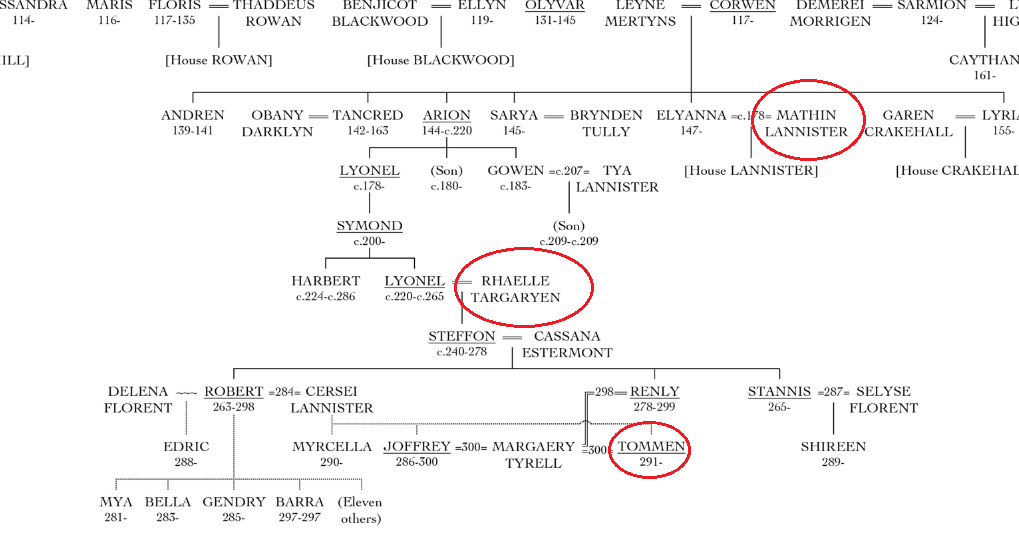 If our understanding of Westerosi inheritance is correct, then Cersei has a stronger claim than Dany, because the line of succession never follows marriages, only blood relations. So, for example, the fact that Tommen's great grandfather married a Targaryen does not put anyone on the Targaryen side of the family into the Baratheon line of succession. Cersei is probably not the strongest claimant -- we'd have to follow the male lineages at every tier of the family tree and confirm that they're all dead, but if she's the first still-living descendant on one of Tommen's male ancestral blood lines, that's a valid claim, while Dany's is not.

There is also the fact that any claim Cersei could make, in theory, Jaime could also make, since they are twins. And under Westerosi law, male heirs always dominate, so his is stronger. It's unclear what his oaths as Kingsguard may or may not have done to such a claim.

Of course, the question is really just a pointless technicality, because:

In the end, the strongest claim to the throne will go to whichever manages to murder the other first.

35
Can Cersei Lannister claim the Iron Throne and legitimize her act?

39
Are the Lannister siblings really who they say they are?
14
Succession of the Iron Throne after GoT Season 5 (spoilers) - who's in line?
12
Since Joffrey was a minor, why the urgency?
4
Is there a map of Daenerys's palace?
14
Why is Daenerys willing to let Iron Islanders secede but not the Northmen?
1
Does Jaime Lannister have any claim to the Iron Throne?
34
Did Lyanna's consent even matter?
33
Was Daenerys Targaryen based on Cleopatra?
5
Why did Stannis keep the title of Prince of Dragonstone after Joffrey was born?
17
Why this character is punished instead of being honoured?