What was this movie involving girls who turned into monsters?

Okay this has been bothering me for years. When I was younger, I remember going to the movie store and seeing this movie with a group of girls on the cover, maybe 3? And they were really pretty on the cover, but on the back, it showed that they turned into these nasty creatures — I think one may have even had spots on her, like animals spots but not with fur — they were all covered in skin. They were bald and ugly when they changed and they killed people. On the back of the case, I think one of the creatures was getting ready to eat a dude or something. I don't think it was a very popular movie because I've been searching for years and cannot find it. I think it was set between 90s to early 2000s based on the style on the front cover.

The details I gave are obviously not great but I will take any suggestions, and I know it's one of those things that once I see it again I will remember. It has just been forever and it's been on my mind this whole time.

I think one may have even had spots on her, like animals spots but not with fur — they were all covered in skin. They were bald and ugly when they changed and they killed people

I don't remember them being bald, but they sure are ugly: 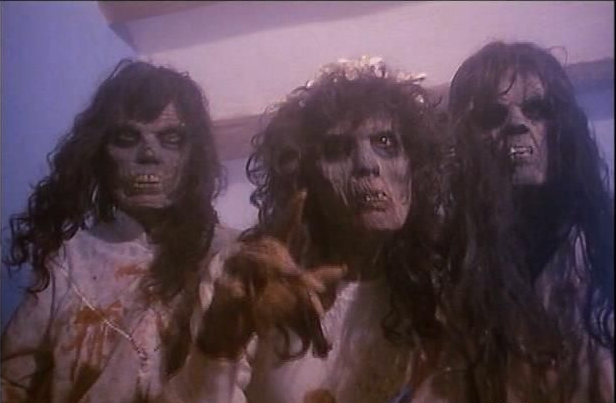 I think one of the creatures was getting ready to eat a dude or something. 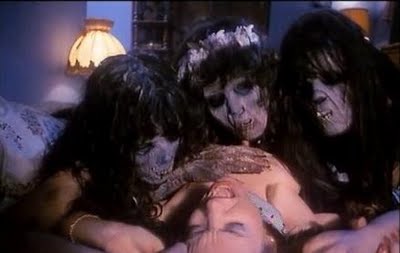 I think it was set between 90s to early 2000s based on the style on the front cover.

It also had an alternate ending. After it they asked the audiance to keep quiet about it... I still am. But it's probably the best part of the movie, which isn't hard :)

This story is a bit like Ginger Snaps (2000). One front cover has three faces. There are two sisters in the movie. One turns into a werewolf, the second becomes infected. There is a sequel, Ginger Snaps 2. 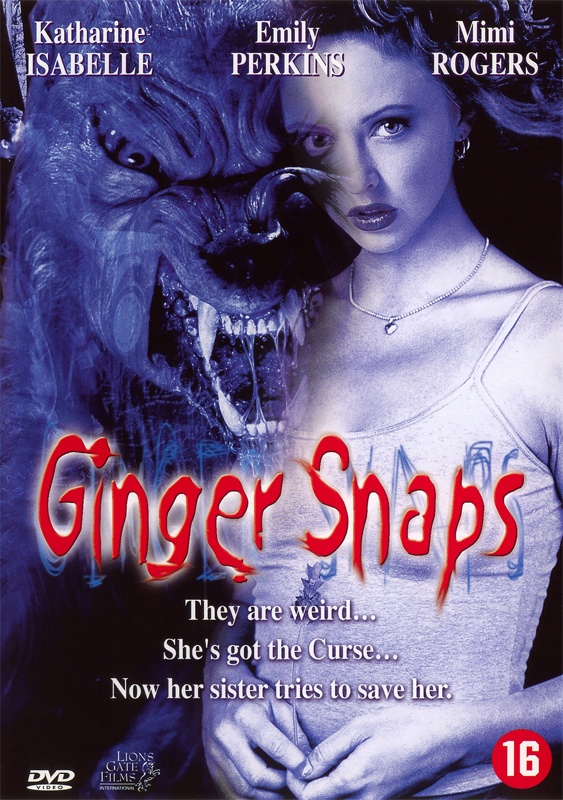 10
What is this old movie that featured round, flat creatures that killed by touch?
6
Book about a would-be toy designer being stalked by his creations
5
Horror movie with two girls, one of whom is a monster who tries to kill the other in a pool
6
Movie about a museum with a painting that became a portal when struck by lightning
5
What is the name of this horror movie with ceiling crawling monsters?
8
A TV-Movie or an Episode of a Series where someone is turned into a cyborg when running through a doorway
5
Looking for a specific book series about kids playing a computer game and getting sucked in!
5
Old science fiction film about people being turned into aquatic monsters
2
Anime about two girls who have compact mirror-like things with little Tamagotchi-like creatures, and transform into cute outfits to battle monsters