Is there any indication that this character is joining the show for Season 4?

will be joining the cast.

is there any in or out of universe evidence to support this? It seems a bit left-field if we trace the direction the show has taken since S1.

Update: Marvel has confirmed Ghost Rider for Season 4 of Agents of S.H.I.E.L.D.

Gabriel Luna (“True Detective,” “Matador”) will roar into the lives of Agent Coulson and the team, as Robbie Reyes the unstoppable Ghost Rider, which was revealed today at Comic-Con International in San Diego.

Currently there are four pieces of information being used to justify this rumor.

The first is the promotional image on the side of the light rail in San Diego (done leading up to, and for San Diego Comic-Con 2016). It depicts a flaming chain - the weapon of choice of most (if not all) Ghost Riders (I believe the earliest did not use them). 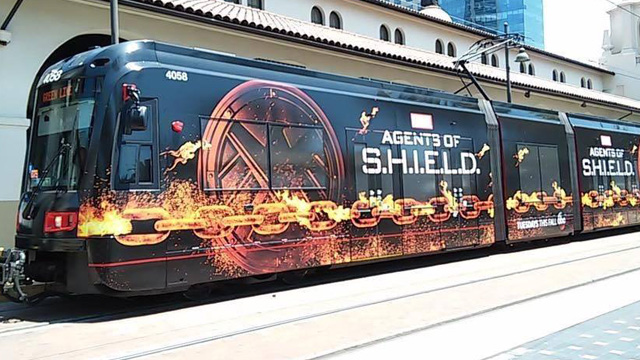 The next is the fact that according to TV Line, a pair of Latino brothers were added to the show - one in a wheelchair.

Also to be introduced in Season 4: a pair of Latino brothers, one of whom is always the most dangerous person in the room, the other paralyzed in a wheelchair.

This could be Roberto Reyes and his brother Gabriel Reyes, who generally meet those descriptions.

The third is the tweet from Ming Na Wen where she makes reference to the Cavalry.

Some people are running with the idea that the mention of a horse is a reference to Ghost Rider. 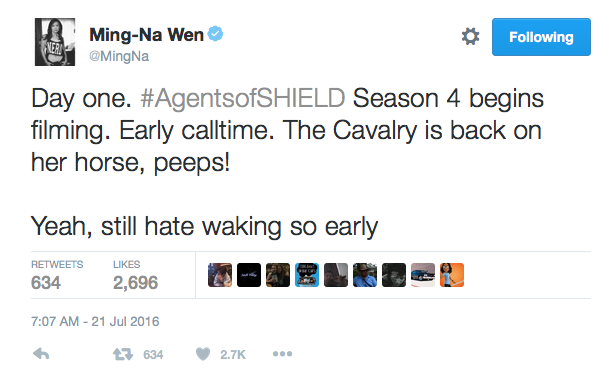 Of course, we already have a character who uses flaming chains with Hellfire 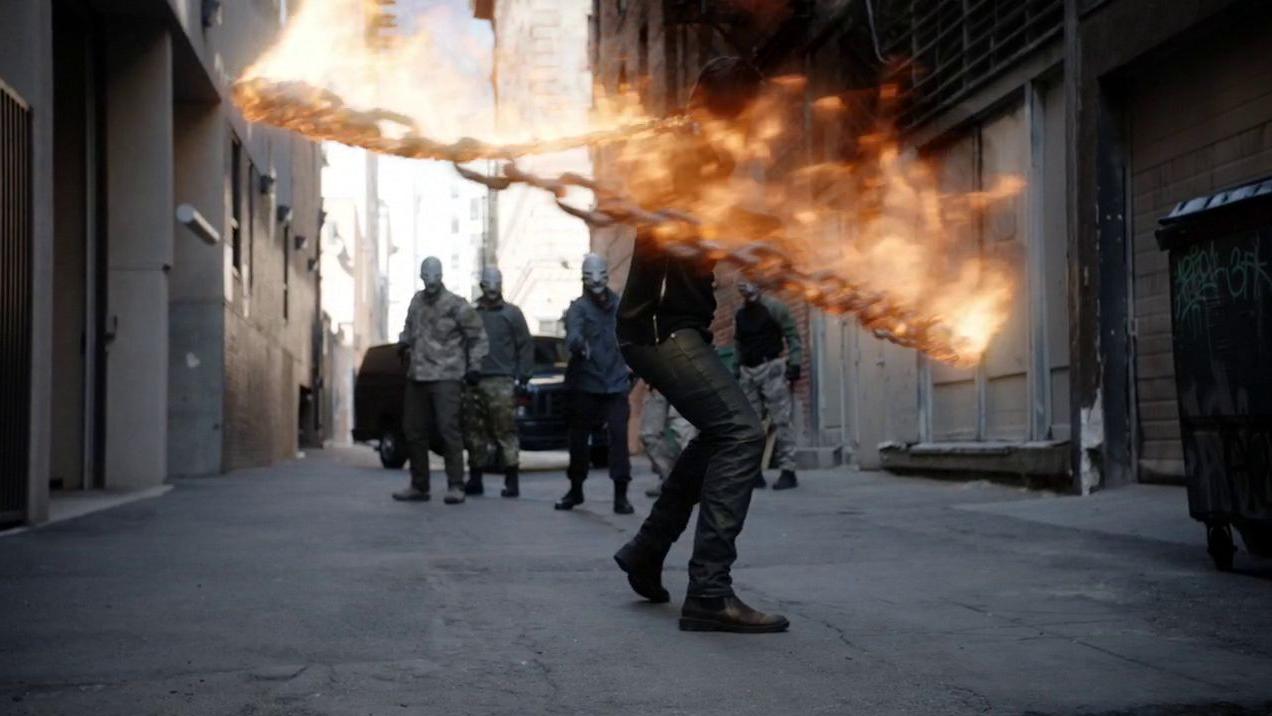 And "The Cavalry" has been a nickname of Agent May since the first episode of the show, and historically, an army's cavalry is their horse mounted regiment.

This leaves us with only the matched physical descriptions of the new cast members, plus the reported confirmation by The Latino Review.

One of our sources has reached out to confirm that the rumors of Ghost Rider's introduction to the Marvel Cinematic Universe -- via ABC's Marvel series AGENTS OF S.H.I.E.L.D. -- are officially a done deal. -

TLR is typically a reliable news outlet with credible sources, but I'm not holding my breath on this one.

Yes, he has been explicitly confirmed to appear.

Gabriel Luna (“True Detective,” “Matador”) will roar into the lives of Agent Coulson and the team, as Robbie Reyes the unstoppable Ghost Rider, which was revealed today at Comic-Con International in San Diego.

“Season 4 will unquestionably be the series’ biggest, most ambitious story yet, and it all begins with the introduction of one of our greatest legacy characters in Ghost Rider,” said Executive Producer/Head of Marvel Television, Jeph Loeb. “When the Spirit of Vengeance rides into S.H.I.E.L.D., it’ll change everything.” 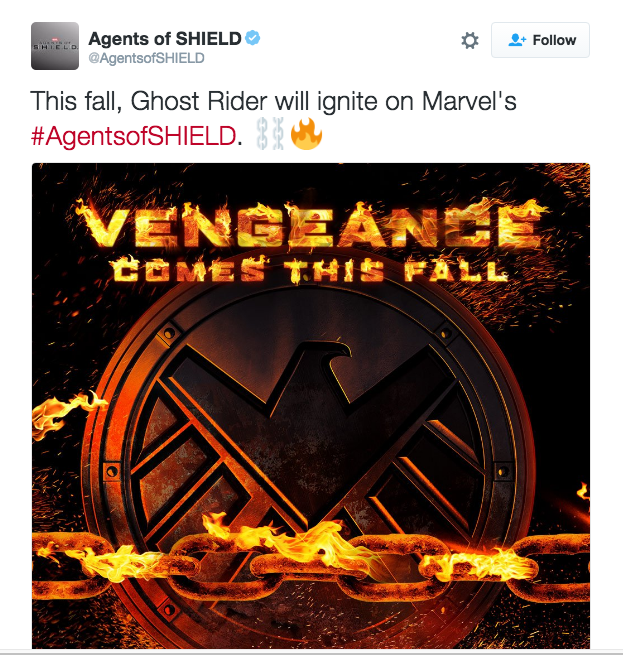