Need help finding a SciFi movie set in the desert...

This one might be a hard one, since I haven't seen this movie since my childhood, but I'll try to be descriptive. I remember the movie beginning with the main character being shipped off to a desert planet with other people who I suppose were inmates and they are essentially left out to die in the desert just outside what looked to be a giant wall/steel building. As expected, desert raiders stumble upon the hapless prisoners and all are killed except two—one of them being the protagonist that avoided the battle by burrying himself under the sand (which the other survivor also did but as he was more violent he killed one of the raiders that was straggling behind). Afterwards, the protagonist stumbles upon a small tribe of people surviving in the desert and meets with a woman (who he develops a romantic interest with). However, after seeing how the tribal village is harassed by the very same raiders from the beginning, the protagonist wishes to rally the tribe against their oppressive tyrants.

Sorry if this isn't the right place to ask for this, but I stumbled upon this place and happened upon other people asking for movie sources so I figured this was a great place to ask around. I don't have any particular fondness for this movie, I barely remember the plot, but it's driving me insane that I can't for the life of me put a name to the movie. 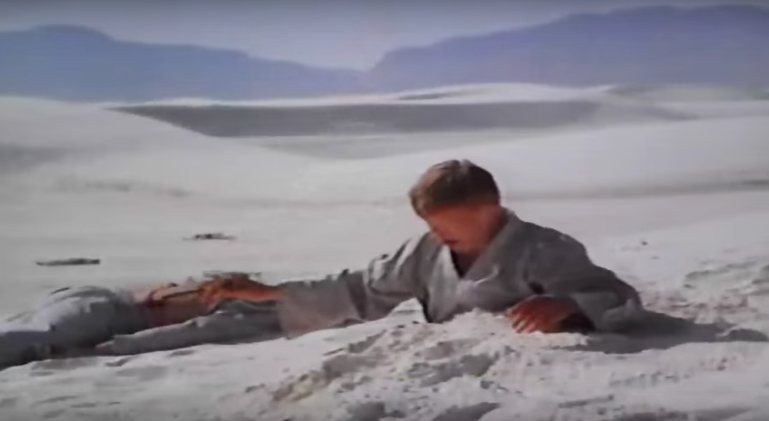