How far is Skaro from Earth?

In Genesis of the Daleks, Skaro was a planet in the "Seventh Galaxy", is this the same Galaxy as we are in and if so, how near are we?

More generally, like in the Star Trek universe, is there a map of the relative positions of the known planets (TV only) in the Dr Who (which is possibly more difficult because of the problem of time) universe; for example, Gallifrey, Draconia, Mira, Kembel (I'm sure in the Dalek's Master Plan it was commented "Mira is nearer Kembel than Earth) ...?

Skaro is not in our Milky Way galaxy and is located in the Seventh Galaxy aproximately 480 million light years away from Earth.

In Genesis of the Daleks (1975) it is stated that Skaro is situated in the "Seventh Galaxy" and that, according to the Kaleds, Skaro was the only planet capable of supporting life in all of the Seven Galaxies indicating a small cluster of galaxies which would make them eligable for inclusion in the Hickson catalogue of compact groups. To put this into perspective, our Milky Way galaxy is a member of a local cluster of 34 galaxies. 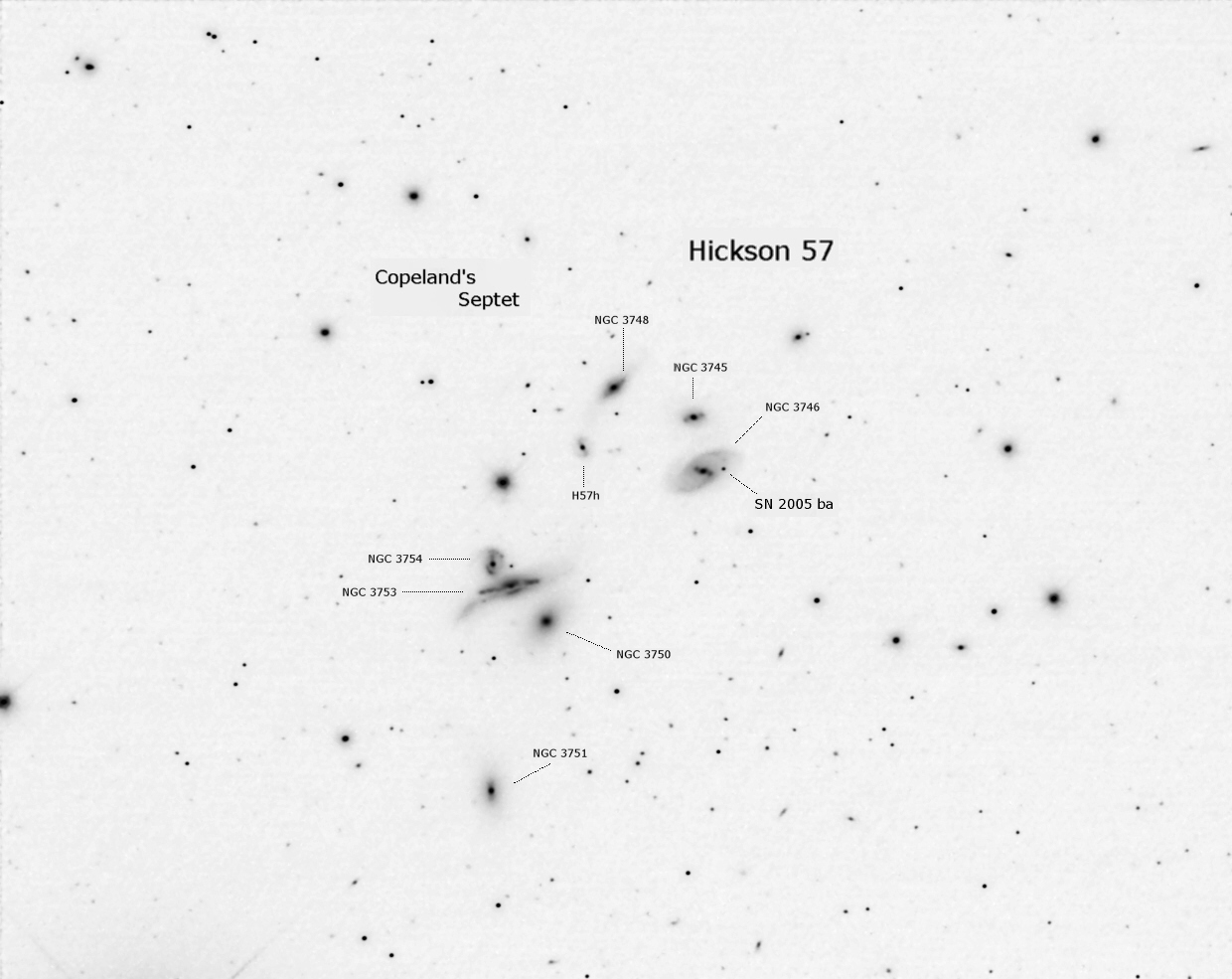 In 1982, the Canadian astronomer Paul Hickson, began compiling a catalogue of compact groups of galaxies which he had identified. These groups became known as the Hickson Compact Groups of galaxies, and Hickson published his list of 100 groups in his 'Atlas of Compact Groups of Galaxies.' In the first image showing Copeland's Septet, there is also "Hickson 57" to show the catalogue entry of this compact cluster.

It is unclear why the Kaleds referred to their home galaxy as the Seventh Galaxy and not the "First" (or even a proper name) but it is possible that this just may be a quirk of the Tardis translation matrix.

Out of interest, I came across the following from the "Dalek Book" (1964) which seems to place Skaro in our solar system 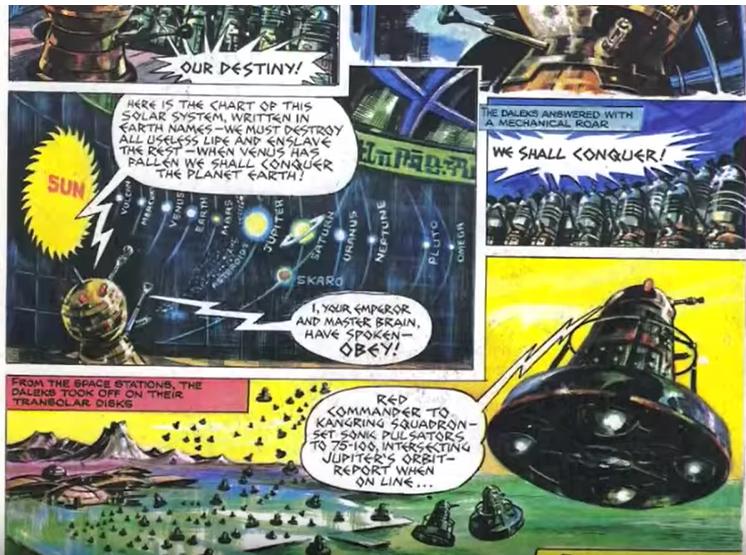 7
Does a map exist that shows Star Trek civilizations/worlds in great detail?

8
How did Jack Harkness end up on Earth?
18
How does River Song keep escaping from prison?
11
Isn't Skaro stuck in the Time War?
7
How did the Earth survive before The Doctor rebooted the universe?
1
How would destroying the moon save the earth?
10
How many regenerations has the Master used so far?
2
Continuity and Skaro
5
In 'The Stolen Earth', how could TV channels broadcast and cell phones work?
5
In “The Woman Who Fell to Earth”, how did her pants and shoes shrink?
2
From how much damage can a Time Lord regenerate?