At present with what we know about Deadpool, based on the 2016 movie version, we know he has regenerative abilities.

Can he drown? Can he survive drowning? 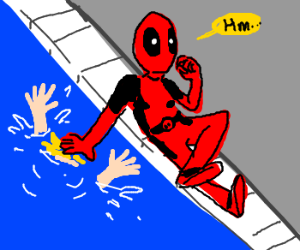 In the movie universe (X-Men Universe), Deadpool got his powers from the Weapon X Program which is based on Wolverine's mutant powers.

Although Wade Wilson doesn't have a skeleton made of adamantium, he has super healing powers we have seen in Wolverine.

In X-Men: Days of Future Past, we saw Wolverine drowning under water (at the end of the movie). 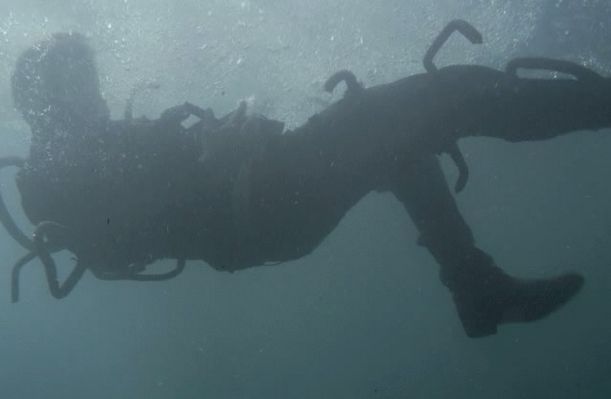 When he was taken out of the water. Wolverine was left trapped there for an unknown period of time until Mystique, disguised as Major William Stryker, has him rescued and takes custody of him for an unknown reason.

This shows that Weapon X gene gives you abilities of surviving drowning or suffocation. Other than that, there aren't any comic references for Deadpool's healing ability in this area.

When you drown your lungs are flood with water, there's no way to get oxygen from water and, as a consequence, your cells cannot get oxygen and start to decay.

When brain cells stays too much time without oxygen, your brain suffers damage, usually grave damage that cannot be repaired. At some point, essential life functions get stopped. Your heart stops, your brain activity stops, you die.

But your body cells will still be alive for a certain period, not every cell in the body perish in the same moment. Your body starts to rot on a slow decay (quite accelerated underwater).

In the case of Deadpool it's difficult to say what could happen. My wild guess is that the brain damage he could suffer would get repaired almost instantly, this means he never dies completely. His blood will become toxic for his organism, as there wouldn't be enough oxygen in it (his heart won't stop, but the absence of oxygen would make it impossible to renew blood in the lungs). Massive organ damage to kidneys and liver will probably follow, again, to be almost instantly repaired.

As there is no oxygen to carry to muscular cells, probably he won't be able to make physical efforts, eventually it's possible that he becomes completely inmobile, but also it's probably that he loses any bit of consciousness a lot before.

As the organ damage that the loss of oxygen produces will probably be slower than the rate at which his body regenerates, drowning him will only have the effect to put him in a stand by state, where he becomes incapacitated and unconscious, but alive.

If he is somehow dragged to surface and reanimated (at least breath would need to be reseted) he probably get conscious and fully functional quite fast.

The difficult part would be subdoing him. Once you accomplish that you'd have to toss him into the ocean with sufficient weight to make sure he couldn't resurface. Sinking deep enough would add pressure and ensure he couldn't escape. Also his organs would crush and possibly his bones. Lack of oxygen and he passes out his lungs fill with water and he dies. Either the pressure or lack of oxygen kills him. Not sure which happens first. Either way all his cells decay and no more regeneration no more deadpool

48
Can Wolverine swim?
1
Has Deadpool survived being killed by burning?