YA (?) books about a girl and magical powers/auras

I read a few books from a series when I was in fourth grade and I haven't been able to find them again or remember the title!

It was about a teenage girl in a world where people got powers when they turned a certain age. The protagonist did not get her powers when her peers did, and I believe ended up with two powers once she did (something about reading auras, or the auras were connected to the powers). At one point some of her classmates led her in a ritual that required her to steal a rare orchid from a greenhouse, the ritual ended up being a trick I think.

I keep getting the feeling that her name or some part of the title had a "Z" in it.

As per Skylarksongs, whose answer got deleted for it largely being a statement that they were searching for the same book, this might be the first book in the Zenda series, Zenda and the Gazing Ball 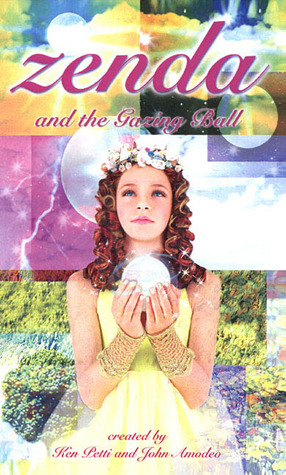 I didn’t mean for things to happen this way. But they did. Now while everyone else moves forward, my entire life is on hold! Even worse, the magical gift that holds the key to my future is in jeopardy. I want to make everything right. But what if I can’t?

So begins the adventure of twelve-year-old Zenda from Azureblue, a magical green planet where the quest for spiritual enlightenment is as natural to living as breathing. Smart, gifted, and headstrong, yet also a sensitive dreamer, Zenda is the quintessential girl on the verge of adolescence: always changing, always questioning, and constantly seeking to make sense of her world and her place in it. Featuring a thoroughly modern yet timeless character, Zenda is the ultimate series for today’s sophisticated ’tween girl.

The biggest day of Zenda’s life is finally here: In a few short hours she will be presented with her very own gazing ball. It is the gazing ball that will reveal her thirteen special “musings,” the lessons unique to Zenda that will guide her on her journey through life. Then, Zenda breaks her gazing ball and her thirteen musings vanish and scatter out into the atmosphere. It’s up to Zenda to find them; if not, she risks never fulfilling her potential—or her secret dreams.

There's no mention of orchids in the summaries, but Google searches with the books title come up with hints indicating that others have indicated the orchids play a part in the narrative.

10
Kids switching between two worlds
7
Fantasy book series about a teenage boy who develops powers and can enter another world
2
Book where girl is hurt by tree with magical powers
25
Story about a man who keeps getting old and going back in time to give his younger self some guidance
8
Horror novel about an immortal snake-woman, feeds on blood and can take over human bodies
6
Book where a boy moves to a town where only young kids are superheroes