Is there an in-universe explanation for the uniform change in Mirror, Mirror?

In Mirror, Mirror, when the landing party is ready to beam up they are in normal Starfleet uniforms, like this: 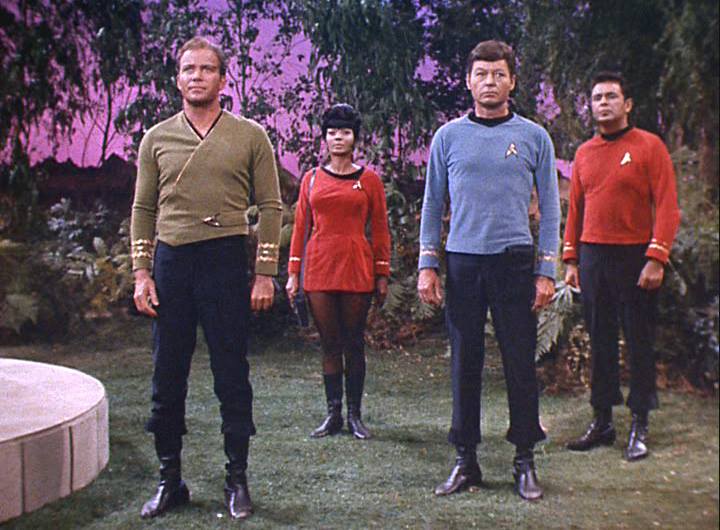 When they materialize on the ISS Enterprise, they are in mirror universe uniforms: 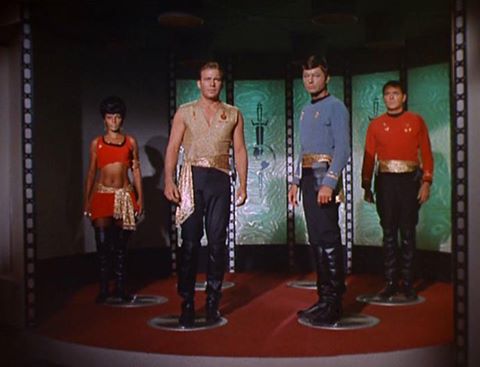 Apparently they swapped uniforms with the people from the other universe. There wasn't the same level of commentary at the time during the Original Series, so lots of things were unexplained and then later fans started discussing them.

The behaviour of the transporter in Mirror Mirror is inconsistent with what we see in DS9.

In DS9, when this happens again, they don't swap uniforms. In fact, people from the Mirror Universe sneak various items onto Deep Space 9 in different episodes, and try to steal items from the station as well.

13
What Kind of Universe is the Star Trek Mirror Universe?
18
What's the full-form & significance of USS & ISS prefixes in name of Star Trek starships?
6
How did the return "mirror switch" work in the episode Mirror Mirror?
18
Is there an in-universe explanation for how mobile communicators stop listening in TNG?
24
Is there a canon explanation for why Star Trek ships bank when turning?
17
Is there any explanation in Star Trek for why voice commands and speech aren't confused by the computer?
2
Is there an in-universe explanation for why the Kelvin and the Enterprise are so selectively good at shooting the Narada's missiles?
17
Was the use of Klingon ships by Romulans ever given an off screen explanation?
3
Why does the Discovery-era Mirror Universe Emperor go by that title?
3
What is the correct process for Landru to absorb an Archon?