Does standing or hanging upside down improve one's connection to the Force?

In Episode V: The Empire Strikes Back, we saw untrained Luke Skywalker hanging upside-down in a wampa's ice cave. This appeared to give him some advantage in teleporting his lightsaber into his hand. Later in the movie, we saw how Luke was in the same overturned position while he was using the Force to move the rocks under the instruction of Yoda. Before leaving Dagobah, Luke was standing on his hands, again, when he experienced the Force visions from Cloud City. Additionally, in a Legends comic book, Star Wars: Republic 69, young Quinlan Vos seemed to practice his Force skills with Obi-Wan Kenobi using the same method. 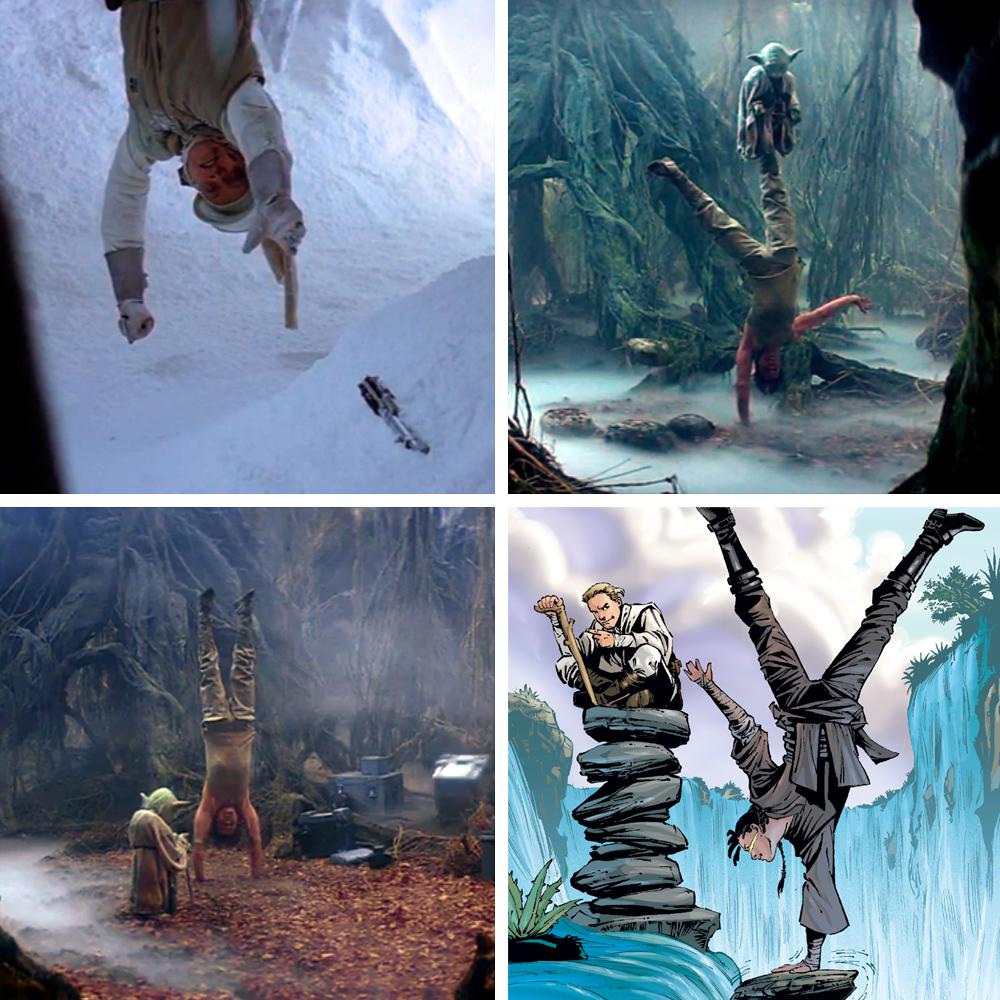 EDIT: Adding one more obvious example: Luke hanging upside down underneath Cloud City, and calling for Leia over the Force, for the first time. 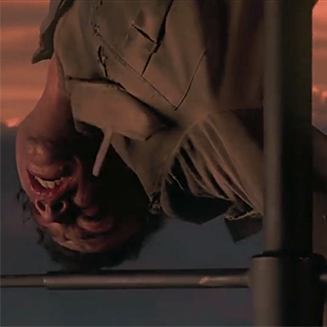 There may even be more examples I'm not aware of. But the question is, did being overturned improve the connection to the Force, especially for the inexperienced Force-users? Do we have any reference to support these observations?

(If this theory proves right, I can just imagine what might have happened if Rey had hung upside-down at Starkiller Base... :-) )

The Episode V script suggests that Yoda had Luke stand on his hands on Dagobah as a training technique:

Luke's face is upside-down and showing enormous strain. He stands on his hands, with Yoda perched on his feet. Opposite Luke and Yoda are two rocks the size of bowling balls. Luke stares at the rocks and concentrates. One of the rocks lifts from the ground and floats up to rest on the other.

Yoda taps Luke's leg. Quickly, Luke lifts one hand from the ground.
His body wavers, but he maintains his balance. Artoo, standing nearby, is whistling and beeping frantically.

Luke concentrates on trying to lift the top rock. It rises a few feet, shaking under the strain. But, distracted by Artoo's frantic beeping, Luke loses his balance and finally collapses. Yoda jumps clear.

By standing on his hands, Luke is forced to concentrate both on maintaining his balance and lifting the rocks with the Force. Obi-Wan was likely having Quinlan Vos do the same.

The script makes no indication that Luke had an enhanced connection with the Force later when he saw the Cloud City vision -- that scene seems to be to convey Luke's increased skill compared to the earlier scene. It's actually Yoda's mention of "old friends" that disturbs Luke with thoughts of Han and Leia in Cloud City:

In the clearing behind Yoda's house, Luke again stands upside-down, but his face shows less strain and more concentration than before. Yoda sits on the ground below the young warrior. On the other side of the clearing, two equipment cases slowly rise into the air. Nearby Artoo watches, humming to himself, when suddenly he, too, rises into the air.
His little legs kick desperately and his head turns frantically, looking for help.

Yoda: Concentrate... feel the Force flow. Yes. Good. Calm, yes. Through the Force, things you will see. Other places. The future... the past. Old friends long gone.

Similarly, the script gives no indication that Luke's connection to the Force was improved by his position in the wampa's cave:

The jagged face of a huge ice wall sits gloomily in the dim twilight of a Hoth day. Luke hangs upside down, ankles frozen into icy stalactites, his extended arms within a foot of the snow floor. One side of his face is covered in a dried mask of frozen blood. He opens his eyes as a chilling moan of the hideous ice creature echoes off the gorge walls. Luke pulls himself up, grabs hold of his ankles, and futilely tries to unfasten the throngs.

Exhausted, he drops back into his hanging position. As he hangs there, he spies his lightsaber lying near a pile of his discarded gear, about three feet out of reach.

He focuses on the saber and, as his hand strains toward the weapon, he squeezes his eyes tight in concentration.

Just as the ice creature looms over Luke, the lightsaber jumps into Luke's hand.

Luke was hanging upside down in the wampa cave simply because the wampa put him there, and he succeeded in grabbing his lightsaber at that time because he had just regained consciousness.

I think it has more to do with concentration/multitasking. While training with Yoda, he has to concentrate on 4 things at once: the handstand itself, his connection to the Force, directing the Force to float the stones, and listening to Yoda. He's learning to control the force with other distractions going on around him. This will come in very handy when in battle. Using the Force takes a lot of concentration, and you can't just stop in the middle of a fight and ask your opponent to take a breather, while you try to force push a rock into their skull.

46
How did Luke know where to land on Dagobah?
6
Does one's ability to use the Force depend on distance?
10
Why couldn't Yoda save (or help Luke save) Han and Leia in ESB?
12
Why did Obi-Wan wait years after his death to tell Luke to go to Dagobah to find Yoda?
3
How controllable are force visions?
4
Does Transfer Essence alter a users connection the Force?
24
How does R2-D2 — or any astromech droid — routinely get into and out of a T-65 model X-Wing in the timeline of the original trilogy?