I'm looking for a book I read, almost certainly published in the late 70s or early 80s. It was also most likely directly to paperback.

The story was a dystopian but familiar future in which wealthy people could store memories in a device (a blue crystal, I believe) and also undergo rejuvenation, even from death/near death. The rejuvenation process wiped your memory, so you had to upload from your last save point on the crystal. Anything after was lost.

People used the mechanism mostly to protect against illness or accidental death, and saved at strategic points. However, there was also a form of entertainment in which the very wealthy would pay for renewal for a poor person who needed the process (e.g. illness). The subject would save prior to the session. Sessions were televised or attended as entertainment.

The wealthy person (or their designated actor) would then basically torture the victim to death. One constraint was the torturer was limited to one device with which to inflict pain. When the person was renewed, they of course would have all memories up to the torture point, but not that.

The plot was a basic mystery involving abuse of the system. One other specific point I remembered was there was a popular torturer, and he used a glove filled with needles to torture a woman.

Finally, I recall the paperback cover had a provocative image of a woman and a crystal, all in blue tones (hence my memory of the storage device being a blue crystal). My memory of this may be wrong.

I don't think it was a very good novel, but it was an interesting concept. It was essential torture p0rn a la "Saw" in book form. Reading it in my early two digits was, ahem, provocative. However, I've wanted to reread it as an adult and no amount of Googling seems to come up with anything.

I think I've found it! 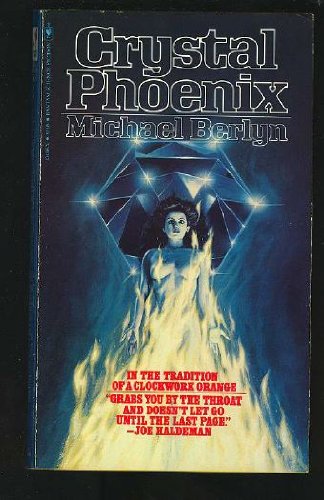 The cover, as you can see, corresponds to the "woman in front of a crystal, in blue"

In the brave new world of angels and procurers, rentadeath prostitutes will let you sexually abuse them and even hack them to pieces for a fee. In anticipation of your own death, be sure to keep up payments on your life crystal. After you die, you can enjoy life to the hilt in a very attractive new body with your memories intact. Young body, old memories. Violent death is the ultimate repeatable pleasure.

Which covers the "paid torture for fun" angle.

And from searching inside on Google Books, I found references to the "one and only one" tool rule, and the needle-glove in particular:

He looked on every shelf, studying each weapon, pondering the vast array of tools from which he would have to choose one, and only one, to use on tonight's victim. It was a difficult choice.

He took a glove from one of the dust-covered glass cases and slipped it on. It smelled of old leather. Its fur lining was silky smooth, warm and comforting next to his skin. He flexed his hand a few times to stretch out the seams, then turned it over, opening it so he could see the thousands of tiny razor sharp pins that covered the palm and fingers. He could puncture a large portion of his victim's skin by slapping him.

7
“Dead” mech pilots and interplanetary war?
15
What movie features a soldier on a train trying to stop it blowing up?
9
Story about man selling his memories to a school to take care of an old woman
8
SciFi book - designer virus taken as party drug