I am searching for the name of a cartoon which was broadcast on Cartoon Network (India) between 1998 and 2002. This cartoon aired around 4:30. The cartoon seemed to be Japan-made.

The cartoon depicted battles which happen in space. The main characters were two boys and a girl. There was a spaceship which these people live on, and there was a princess which they had to save from villains.

A super hero appeared whenever conflict arose, and one of the main characters took control of this hero. He got support from others, too - when he joins with his friends they can change as dragon and tiger.

Is this Tobikage? The main characters of Tobikage are three teenagers: Joe Maya, and his friends Rena Ai (Jenny Ai in some translated versions) and Mike Coil: 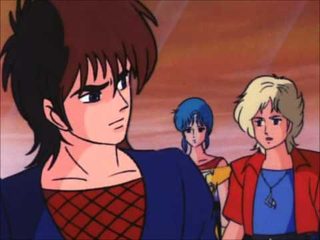 They are protecting Romina, princess of the planet Ladorio: 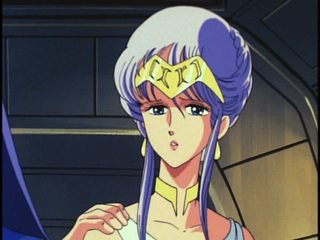 They are later joined by a young man from Mars, Damian: 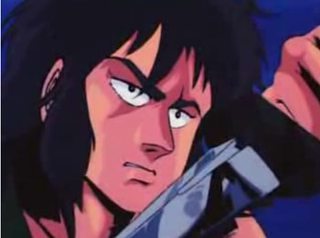 Joe pilots a giant robot ninja named Tobikage - that would be the "hero" you remember. And there are actually three robot animals, not two - Mike pilots the dragon, Damian pilots the lion (the one you remember as a tiger), and Rena pilots a hawk robot. The three robots can each merge with Tobikage to form a powered-up robot: 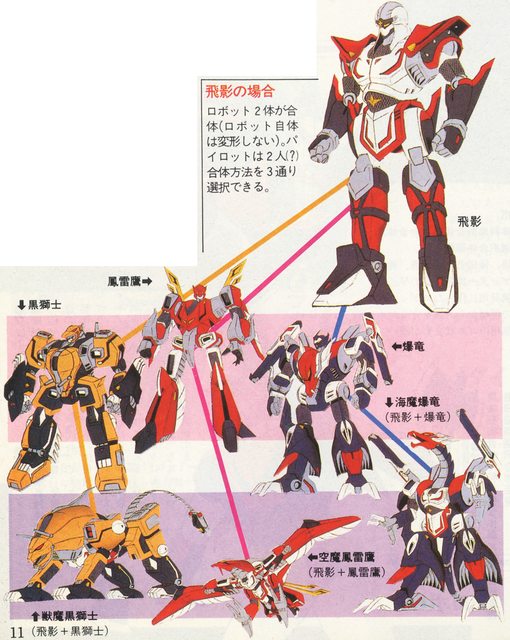 4
Cartoon about a team of alien hunters from the US

10
Identify an animated TV series which was copy of Harry Potter
3
Looking for a cartoon (or perhaps anime) from the 1980's which aired in Europe (maybe elsewhere)
3
Looking for the name of a card-battle cartoon show
8
Looking for a CGI slideshow(?)/TV show broadcast between '99 and ~'07
4
90s/2000s anime/cartoon with a boy, a girl, and a robot looking for seven gems to prevent the planet from blowing up
5
What is the name of the anime kids, mecha and fantasy series with a group of 4?
4
Alien invasion happened and humanity made powered armor suits to fight
4
Anime/Cartoon where the protagonist finds a lost gem which awakens a red, gold and white lion
11
Name of old cartoon with a mecha suit. Villain is revealed to be the protagonist's father and siblings