Spock Prime's death date: ambiguity between his life span and his date of death in the alternate time line

Early in Star Trek Beyond, the Enterprise lands at Yorktown Station, for shore leave. On the Station, two Vulcans tell Spock that Spock Prime has died. Spock looks at a sheet that has a picture of Spock Prime and lettering underneath that I thought were birth and death dates, but the scene was so fleeting that I am not sure of this.

No, you've not gone boss-eyed. His birth and death-dates are actually pretty confusing. 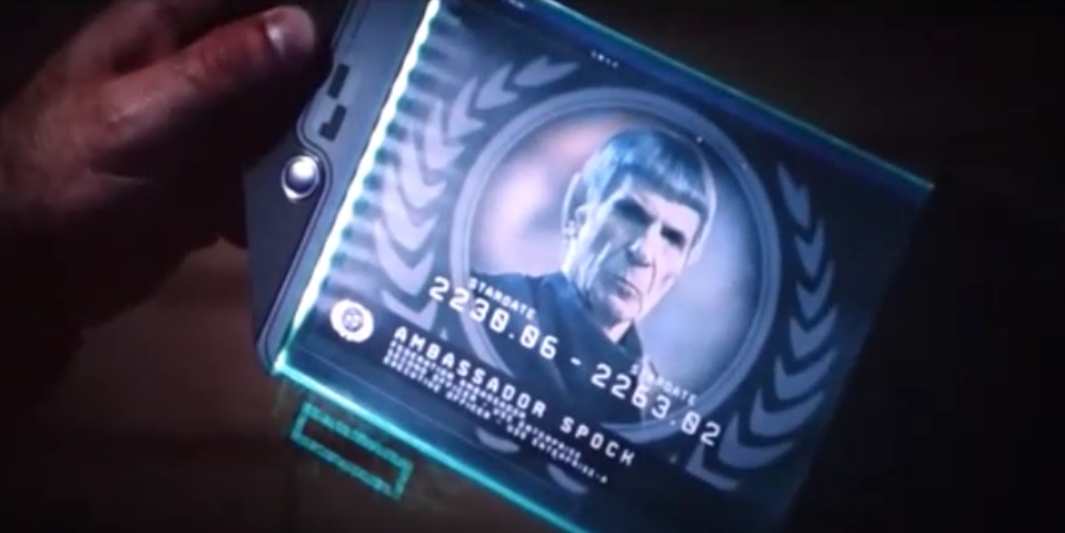 He therefore died at the chronological age of 162. Had he not traveled in time (but had still lived the same number of years) his date of death would be 2392.

38
How do stardates work?
6
What happened to Spock Prime in ST: Beyond?
3
How does one calculate the age of a Time Lord?

28
What is the difference between a parallel universe and an alternate timeline?
9
What actually happened between Spock and Saavik?
6
Was the relationship between Pulaski and Data supposed to parallel that of Spock and McCoy?
8
Bridge of HMS Bounty between The Search for Spock and The Voyage Home
12
Why and when was Spock made to restrain his emotions?
19
“He's dead, Jim”: Which Star Trek characters have returned from the dead?
6
Were there hints about a romances between Spock and Uhura in The Original Series?
4
What is the average life span of a tribble?