What is the relationship between Death of the Endless and Daniel Hall like?

Reading the "Sandman" series you can clearly see that Death and Dream were close - in The Sadman presents: the Thessaliad someone even says to Thessaly about her relationship with Morpheus that

You never stood a chance with him , because of his unhealthy attraction to his own sister. *

In any case, we can definitely see that Death was very upset when she had to take Dream - in the "World's end" she is walking last in the procession looking very sad.

And then comes the Daniel Hall, who is the new Dream of the Endless - is there anywhere (not only in the "Sandman" - Daniel and Death appeared in other works as well) described how does her relationship with this "new brother" look like? Knowing Death, she will be quite friendly (she is like that to EVERYONE), but is there anything showing that she either genuinely likes Damian or that she is upset by him "pretending to be her brother"?

That's a really good question and something I would really like to know and see in future works. I agree with Radhil that there is probably not enough info to answer it but since your question got me revisiting my Sandman collection I will try to give you a (highly speculative) answer anyway.

There is one face to face interaction that I could find: 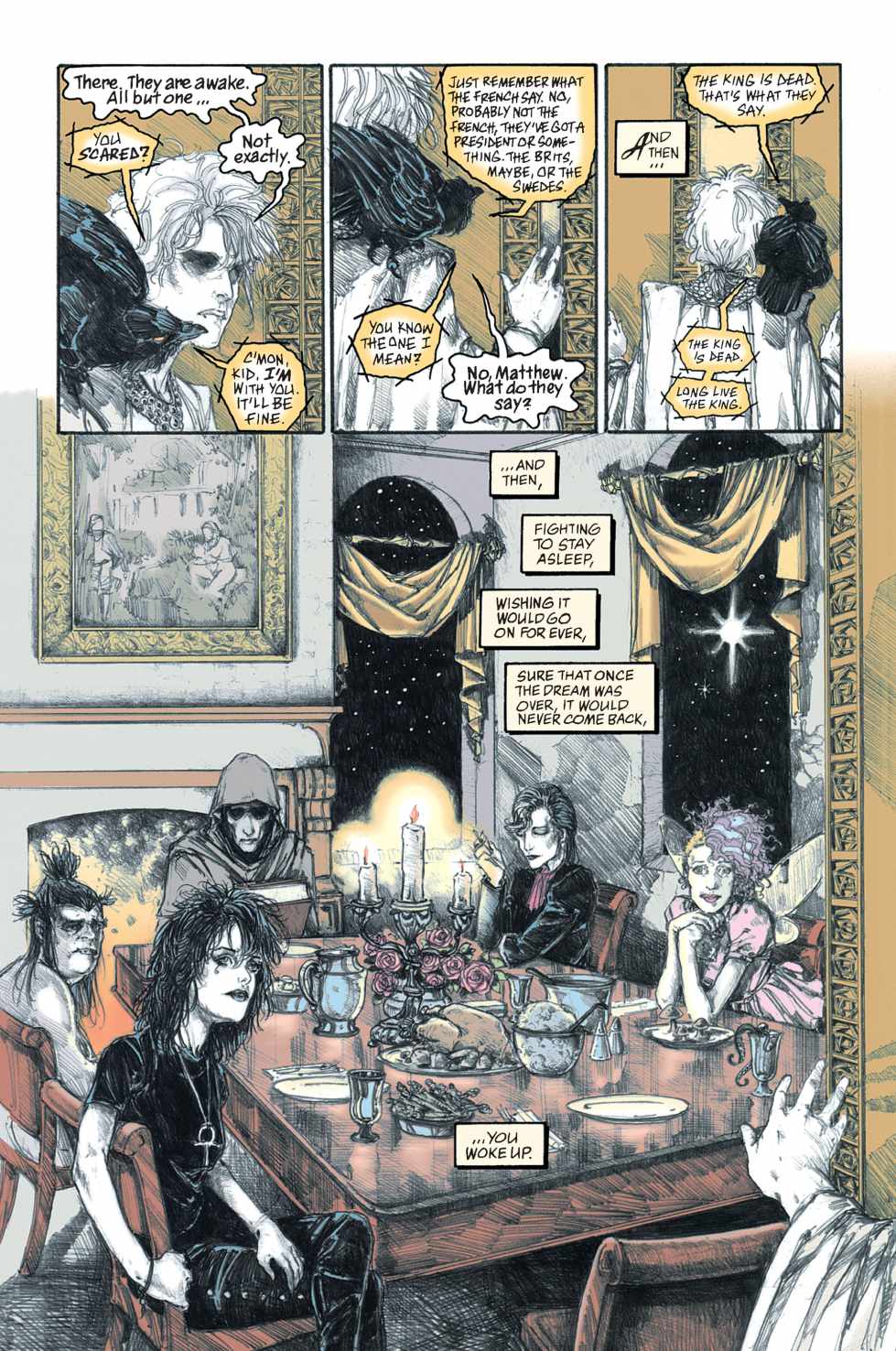 Now this interaction lack dialogue, but nonetheless we can read something about facial expressions. I perceive a compassionate look, mixed with sadness.

I think kindness it's in the very nature of Death. It's not within her to hold a grudge and hate Daniel but to show him warmth and help. Yet I believe she, like Despair, will remember Morpheus forever, evidenced in how Death went to visit Morpheus mortal friend after the Wake.

Not the answer you're looking for? Browse other questions tagged neil-gaiman the-sandman or ask your own question.

24
How was Delight changed to Delirium?
8
How is Nekron related to Death of the Endless?
8
How will Death of the Endless die?
5
Is Death supposed to have a scythe?
9
Why is Desire (almost) always portrayed as a villain?
6
What is the chemistry behind Element Girl's death?
1
Has anyone ever tried to physically attack any of the Endless?
8
What does "the princess and the queen" refer to here?