What is a Star Trek Couch?

I've seen the pictures from Fog Creek Software's offices of their Star Trek couch. Why is that a Star Trek couch? Was the same style of couch used on-set of TNG or something? 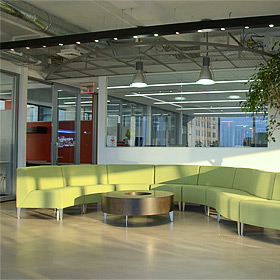 The couch pictured above is actually downstairs in the Fog Creek office.

Stack Exchange has its own Star Trek couch (I'm told it was purchased because Joel specifically said it looks like a Star Trek couch). Here's a picture of one of its sections: 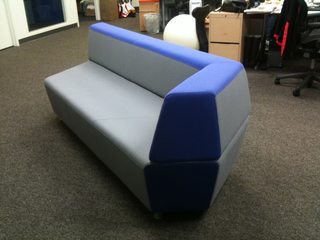 It's actually gray and purple; it came out blue in the photo. So... 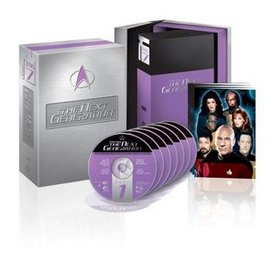 I see a color scheme resemblance.

On both Star Trek The Next Generation, in counselor Deanna Troi's office and in Star Trek Voyager in Captain Janeway's office there were these partitioned winding snaking couches lining a section of a room or wall of the exact same design as the one in the Fog Creek offices.

In the late 1980s and early 90s these were considered to be minimalist and futuristic-looking designs with lines and contours that flowed agreeably with the design of the surrounding sets aka the 24th century starship. Examples of these can be seen by googling images of either "Janeway ready room" or "Troi's office" 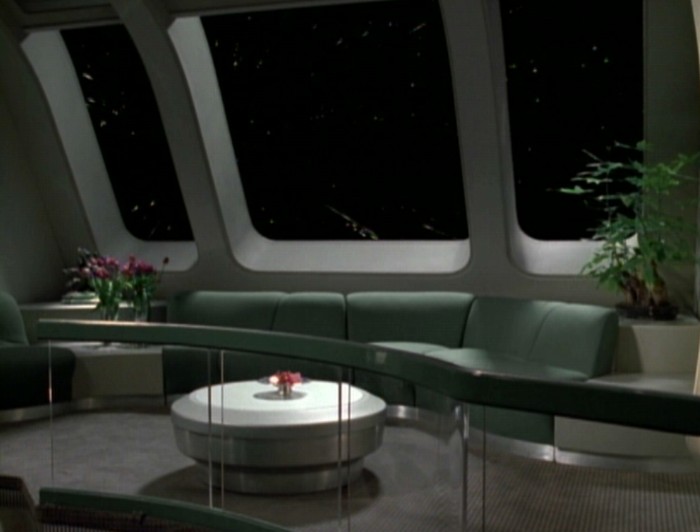 I think it's the cool couch pictured on their web site's About page here.

Judging by that web page's content, I assume it's just a cool 1960's-looking couch. They probably watch Star Trek from that couch on the big plasma TV they mention. They are programmers after all. (What better to watch when taking a break from some code you're thrashing on?)