How does Lt. Col. William Cage get this suit? 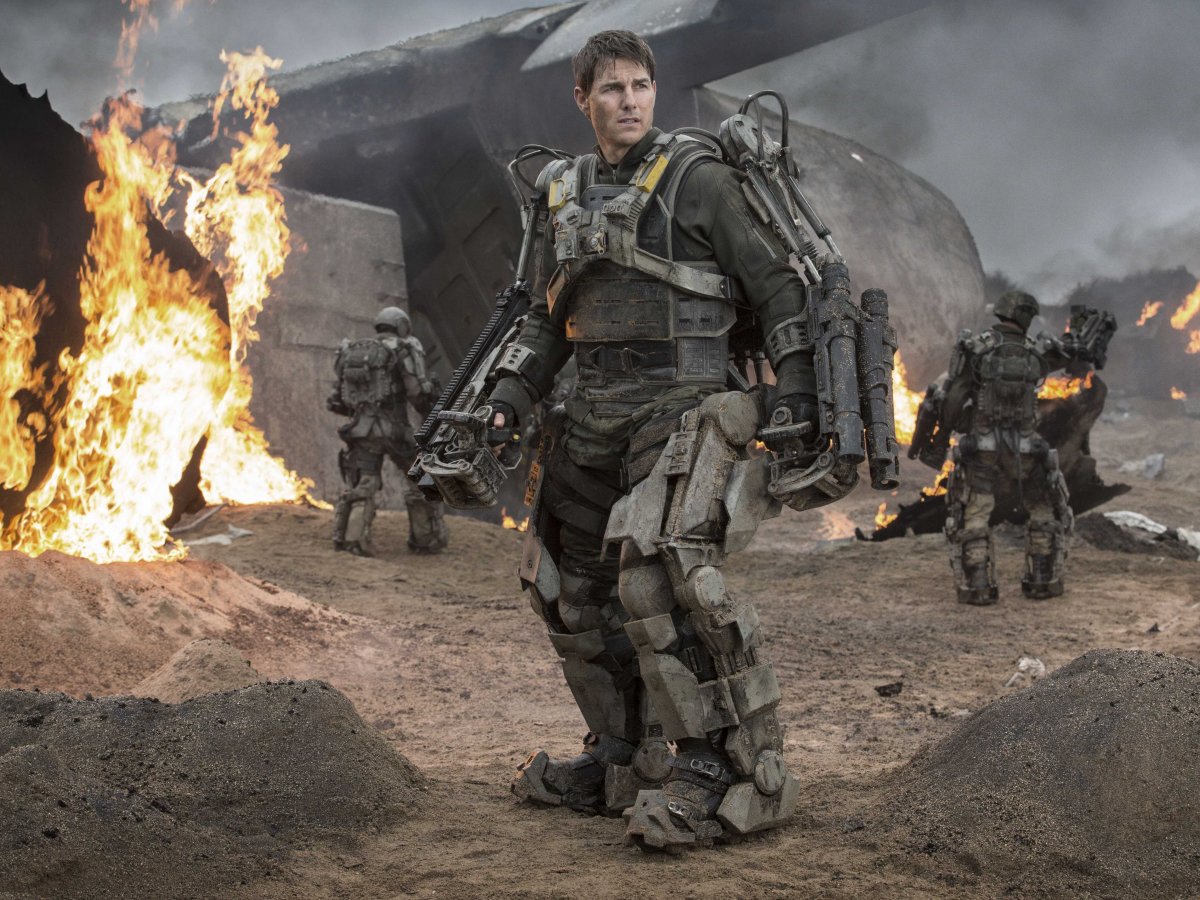 The suit with out a person in it. 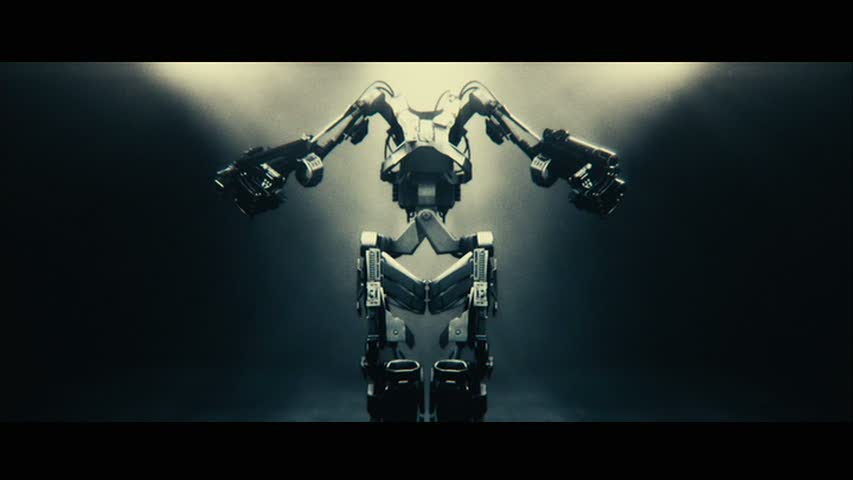 But then, in the scenes after he meets Sergeant Vrataski he has these special guns that fire from his back pack, 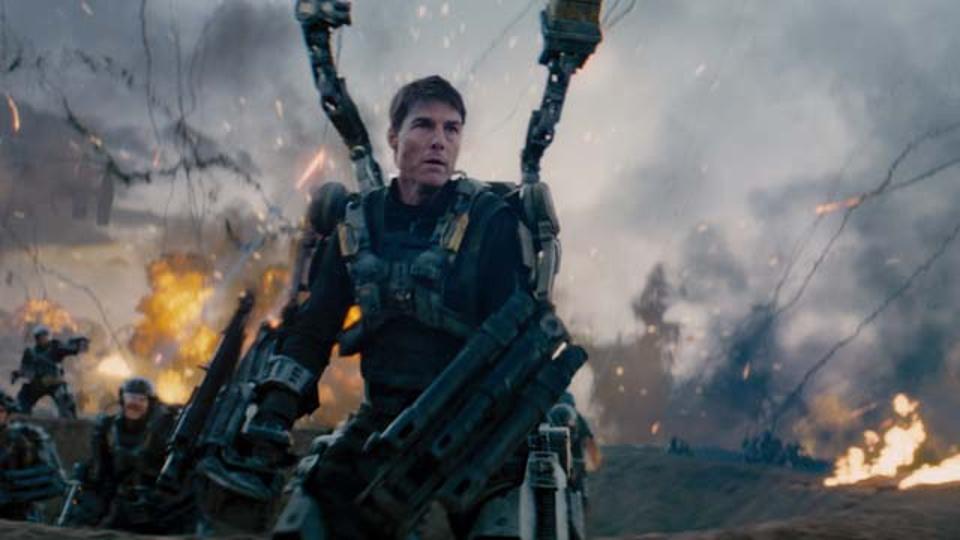 The suit from side on clearly showing the guns, 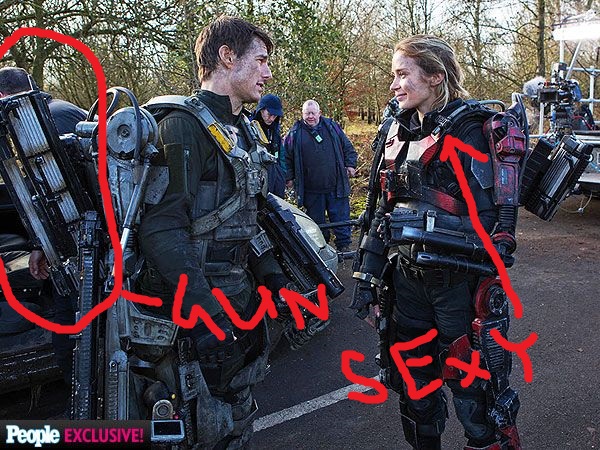 An image clearly showing no guns, 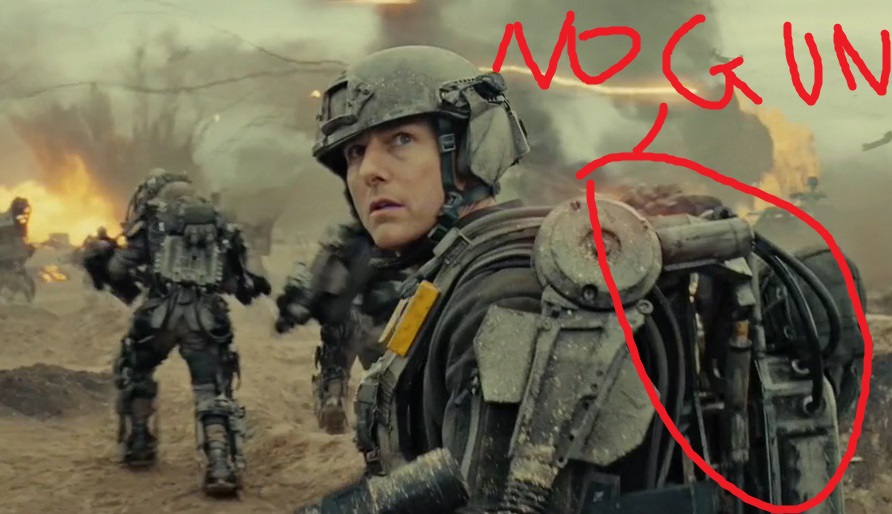 Taking into account that he always is taken into combat by the ship that Master Sergeant Farell commands, and they fit him with a suit, how did he get this special suit?

In the scene before, Rita and Cage are continually getting nailed by a mimic. Their attempts to divert around it, duck it and kill it with handguns fail over and over again. Rita (who seems trigger-happy at the best of times) presumably suggested that the problem is that they're under-gunned. In the very next scene, Rita and Cage both have lots and lots more weaponry than before.

How did he get them?

He probably convinced the same soldier who unlocked his guns that he needs something a little bigger to be added to his suit than the standard loadout. Either that or he just picked them off a dead grunt on the beach.

How did he mount them to his suit?

We can assume that these guns are not standard-issue, but do attach to a standard suit. Since they seem next to impossible to self-mount, they might have been attached by the soldier in the transport or, failing that, by Rita on the beach.

I've watched the movie recently and I believe you're overthinking this.

First "time", Cage is deployed on the beach with J-squad. These are regular soldiers, with standard-edition exoskeletons with no extra weapons:

In the same battle, Rita Vrataski is deployed in her own elite squad. These are some kind of black ops special forces, they have badass black exoskeletons and most of them are wearing masks (in order to not distract an audience from the leads):

And their suits are equipped with extra weapons:

After Cage meets Rita Vrataski he doesn't return to Sergeant Farrell and J-Squad. For the rest of the movie, he is mostly deployed with her elite division and gets to wear their cool suit.

There is an exception: once in a movie Cage gets disillusioned and decides not to involve Rita Vrataski and go to Omega all by himself. To do this he returns to J-Squad. In this time loop, he specifically asks another soldier to get him extra ammunition.

25
How many times did Cage relive that day in "Edge of Tomorrow"?
21
Why is William Cage forced into combat?
12
Why did the Omega trick William Cage to the Bavarian Alps dam?
13
Why didn’t Major Cage simply do this with the item he took from the Ministry of Defence?
7
Does William Cage become immortal?
10
Edge of Tomorrow - Why didn't Cage go back and get more blood from the original Alpha