What's the supposed pun behind the name I.C. Wiener?

I don't understand the supposed pun in the name "I.C. Wiener". The best explanation I’ve read is that “I.C.” is like “Icy”, referring to the cryogenically frozen people, but this looks too far fetched to be a real pun.

Is there any official explanation of the supposed pun? 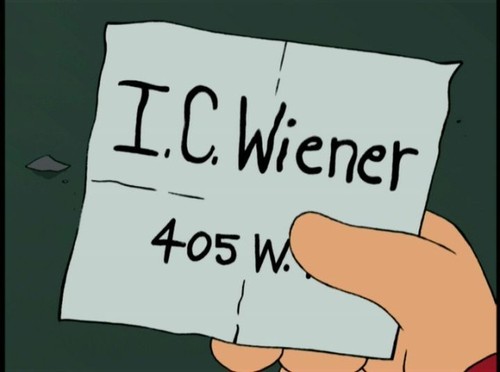 Wiener is a pretty benign slang for a penis. Something you might expect children to say. It works in the joke because it's also a fairly common last name. It can also be spelled 'weiner'.

In general, they both work.

In Futurama, the joke shows up when the main character delivers a pizza to a cryogenics lab and is then frozen himself, so "icy" makes more sense in this instance. As explained in The Why of Fry,

it is actually Nibbler who leaves this prank order, in order to ensure that Fry is around to save the universe a thousand years in the future. Fry observes (and allows) this via time-travel.

It's not made clear why he chooses the name I.C. Wiener. Must be because it's so hilarious.

Outside of Futurama, I would normally assume that I.C. stood for "I see", such as in this lame dad joke:

Have you ever read "Under the Bleachers" by I.C. Butts?

As a note, in a later episode (Law and Oracle IIRC) the employees at the cryogenics lab pull a similar prank on Fry, this time addressed to one "D. Frosted Wang". I think this heavily supports that the first meaning was the one intended by the writers. – FryAmTheEggman 4 hours ago

This is a double or extended pun. Wang is also slang for Penis. If I.C. Wiener (icy penis) was the frozen form of the body part, then D. Frosted Wang could be either "the frosted" (frozen) or the defrosted (unfrozen) of the same body part. The word "the" is sometimes pronounced Dee (or D.).

The pun here is that an "I.C Wiener" (I.C being a pun for 'icy' and wiener being a slang term for a penis) is found in a cryogenics lab, where people are frozen.

You may wish to note that in the original storyboards, the Cryogenics Lab was going to be a division of Birdseye, Inc., a company famed for its frozen products and the joke name on the slip was going to be "W. Disney" rather than I.C Wiener, riffing off the fact that Walt supposedly had himself frozen after death. 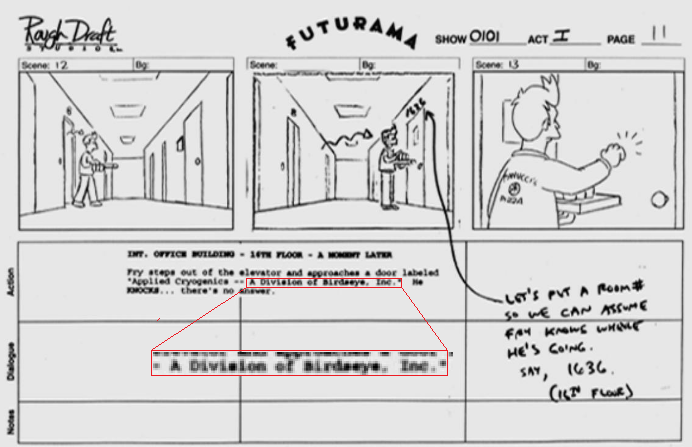 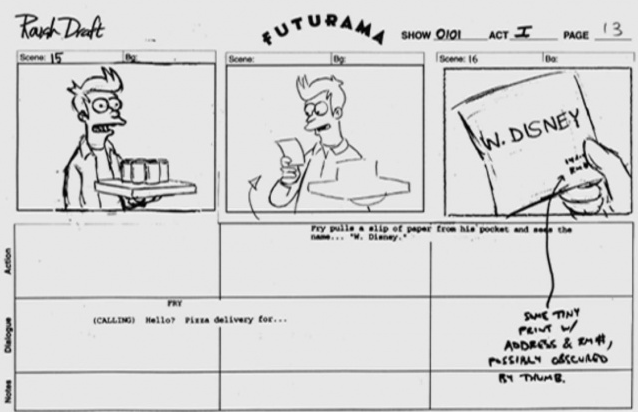 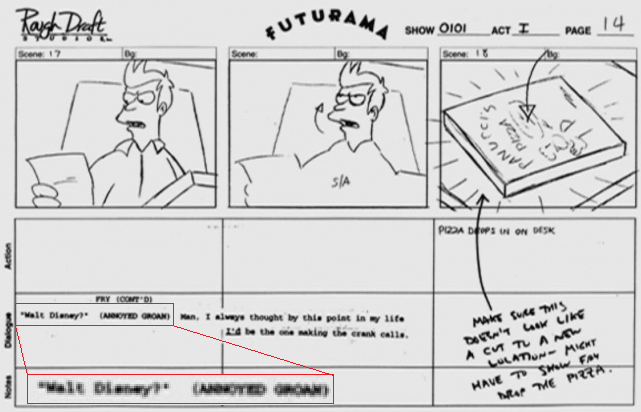 "Wiener" is a silly slang word for penis — it's often spelled "weiner", because elementary school kids aren't so big on spelling and it's not like they're gonna ask their teachers for correction — but it's spelled "Wiener" in the episode: 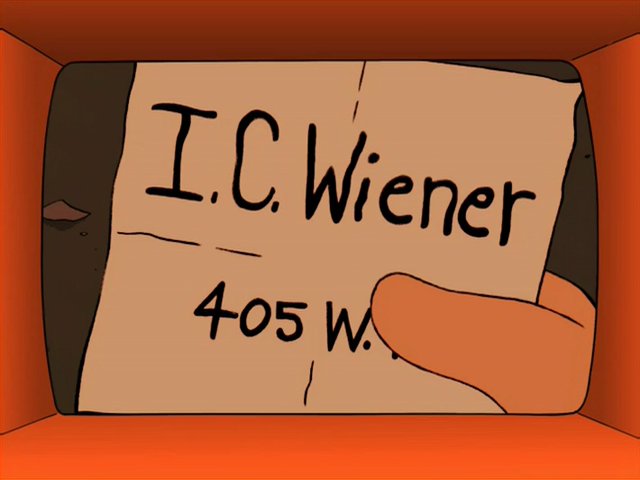 There are dozens (hundreds?) of slang words for male anatomy, but this one is pretty easy to trace. "Wiener" is from Wien, the German name for Vienna, and Vienna sausage (which is the progenitor of the US's hot dog) looks like this: 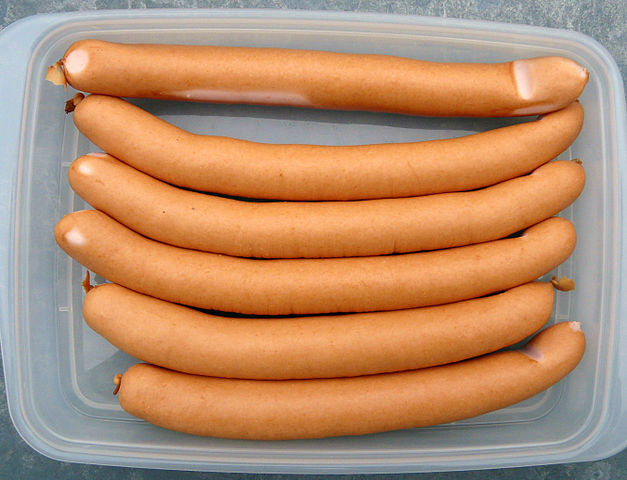 and I don't think we need to spell out how that led to the slang connection.

The (non-official) Futurama Infosphere transcript has Fry reacting by saying "Icy Wiener? Aw, crud! I always thought at this point in my life I'd be the one making the crank calls!" And, I just re-listened to that moment, and to my ear he clearly enunciates "icy", not "I see".

In any case, it's worth noting that even Fry groans. But, he wasn't always above this particular brand of humor, as he named his dog "Seymour Asses" — after giving the stray pizza left over from a previous prank call under that name.

6
What is the story behind the Thug Life tattoo?
19
Why is Nibbler's name so close to the species name of the Nibblonians?
8
Is there behind-the-scenes information on which came first, Bender's name, function or alcoholism?