What order should I be reading the Discworld books in?

I've read some of the Discworld books, and they were referencing each other in an order different than what I've been reading.

If I wanted to maintain chronology, and get all of the back references, which order should I be reading the books in?

One thing about Discworld that is important to realize, in the 35+ or so books there are really 5+ different threads that hardly cross at all.

Some people just fall in love with one of those themes and don't really like the others, so if you read one and don't like witches, maybe switch ahead. I love them all, but personal favorite is the city watch, and the character of Commander Vimes.

This image from the lspace page really sums it up nicely.

Note - image kept up to date on this Pinterest page 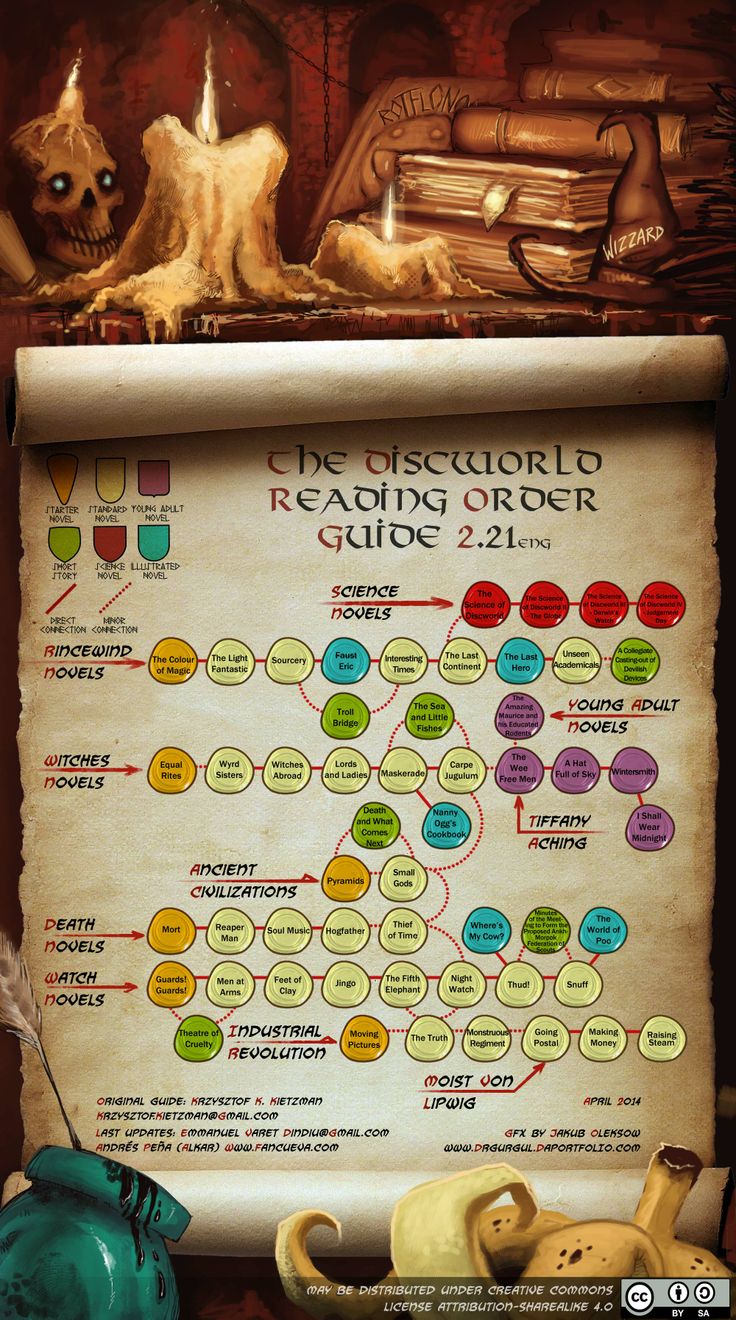 Order of writing is fine, and pretty much matches the internal chronology. You can find it here. But bear in mind that the first two, The Colour of Magic and The Light Fantastic, were written before Pratchett really found his voice, and are lighter and more uneven in tone. You might want to start with Equal Rites and then work back to the first two later.

Note also that it's Discworld, not disk-world. Pratchett is English, and that's how we spell "disc". I've edited your question to reflect this.

Recently there was a reading guide released for Discworld.

note: the website seems to regularly be inaccessible, and there are some noticeable typos in the infographic as of January 2016 (see second answer for a semi regularly updated/corrected fan alternative)

For order of publication start at the triangle point leading to "The Color of Magic."

For topic specific reading order, there is a color coded guide to follow various characters / groups. 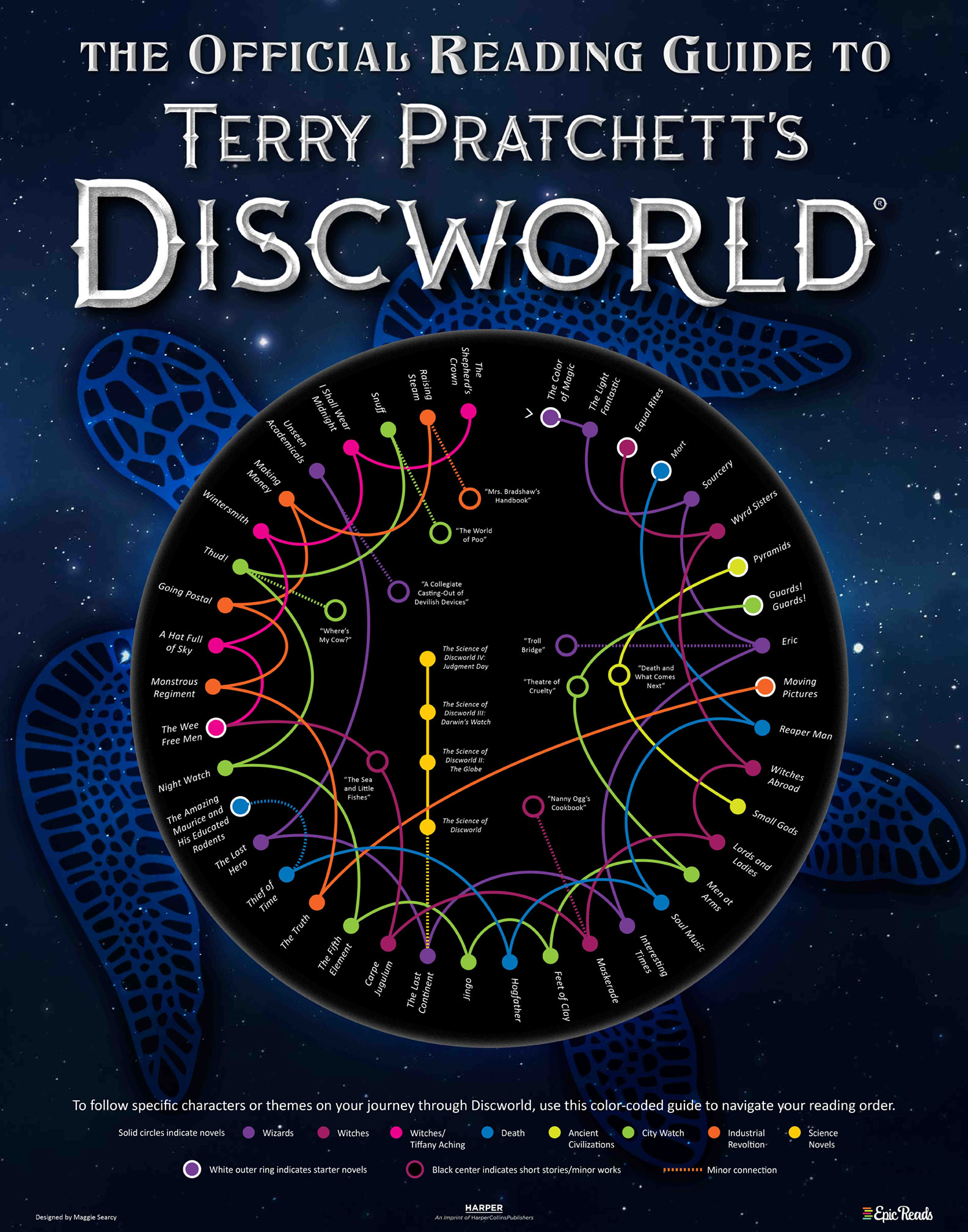 There are recommendations as to multiple possible starting places at

If you have already read some and you intend to read all of then I woulds suggest reading in the order of publication. It is likely that you might then want to go back and re-read some groups together but the as-published order gives a nice variety of content and also lets you see TP's style evolve, and it does change a lot as the series goes along. I would say that for the first 10 books or so there is an objective improvement and later it diverges in terms of themes so you may find that there are some stories which appeal to your more. I still rate Lords and Ladies as one of the all time best.

for me the real classics are :