Identify an '80s/'90s animated film from a scene

I am trying to identify an animated film (or TV series episode) that I watched on TV when I was a child: 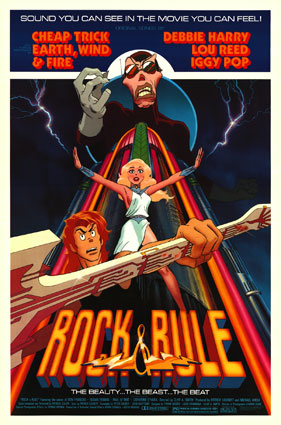 "My name is Mok, thanks a Lot"

6
Warring aliens transfer mind to transformer like robots in 80s/90s animated movie?
1
Help identify Animated Fantasy TV Series
3
Animated film where protagonists travel to the future and save a robot-enslaved humanity
7
90s or 80s Sci-Fi movie about a female cyborg / robot
26
Futuristic Cartoon from 80s-90s
5
Anime with a blue robot protecting a young girl
6
Help identify story: 80s/90s childrens book about a child in a society ruled by robots