Looking for Horror cartoon name: Body thieves, Spiders in a woman's hair due to hairspray. CN or FoxKids.

Id like to identify this cartoon, please. It had rich colors like in Courage the Cowardly Dog or Invader Zim. Lots of Neons and Dark colors. Dark backgrounds. I remember three plots only. Short stories. I believe the channel was Cartoon Network or Fox Kids. This was 13 to 11 years ago. I was 12/14 and that animation really crept me out XD.

1_ An old lady has a new canary which flies out of the cage accidentally. She then orders a new carpet to be placed. The canary flies under the carpet and gets covered because the carpet man didnt see it. She looks for it, then she sees a bump on the carpet. Later, she calls the carpet service to remove the bump. The guy flattens it with a hammer and the bird dies. The guy thought it is his giant cigar he was smoking as he installed the carpet. He figured it fell and he covered it up so he decided to smash it. Then the lady looks at the cage and realizes the bird was there. Horror in their faces.

2_ A blond young woman uses lots of hairspray. She has this high bright yellow ancient (50s I think...) hairstyle and pink skirt with shirt. She uses the hairspray so much that the hair hardens like marble. She passes out from it. In surgery room, the doctors try to open up the hair bundle. They cut,saw it, drill it. Then they open it finally and lots of spiders run out of the hole in her scalp, crawling on the entire bodies of the panicking/screaming doctors.

3_ A bar. Young adults. Music, drinks, lots of strangers. A guy notices two handsome girls. They lure him in with their kinky eyes and he sits at the bar with them. Talking,drinking until they slip a "rape drug" kind of pill in his glass. He soon falls asleep and wakes up. Only his nervous,scared head shown. Then, the camera gets faraway and we see that his head (with neck base) is hooked to a energy electrical block. Green, with fuchsia or red wires slithering to the head's base. It keeps him alive. His body was stolen by "body thieves". Much like organ traffic, this is body trafficking. He realizes that his body is gone, his head on a electric block only and he screams in horror.

Thank you so much in advance! <3 Id like to see this show again. ^^

I believe this is "Freaky Stories", a Canadian television series that animated urban legends, several per episode, each in a different style (there were also puppet-based interludes). It aired at one point on FOX Family Channel in the US. 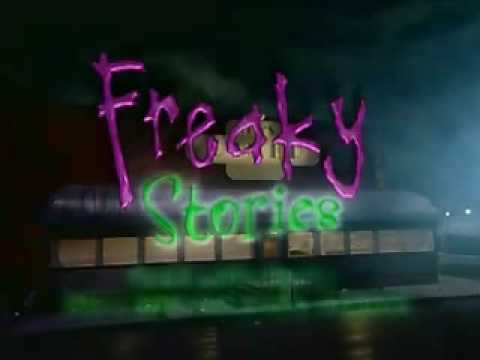 Episode lists online contain the following summaries (I'm taking the titles from youtube, but they may not be correct: 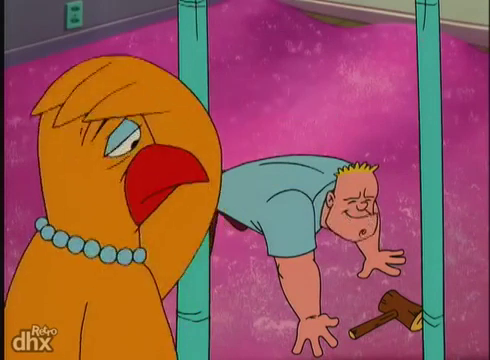 "Carpet Man": a carpenter hired by an elderly woman accidentally traps her pet bird beneath the newly carpeted floor, and had also pounded the bird flat, mistaking it for an air pocket. 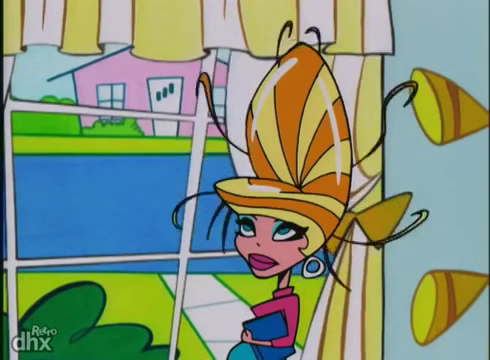 "Spider In the Hairdo": a teenage girl, who has a beehive hairdo due to the fact she never washed her hair but, instead put chemicals on it, starts to get a massive headache, and is sent to the hospital so the doctors can surgically cut open the beehive and she has tons of spiders living in her hair. (This is one of 4 'Freaky Stories' segments where the narrator make an appearance )

I can't find a specific title for the third story (even online episode listings seem to be scarce and possibly incomplete as the series seems to not been aired in quite a while and old VHS recordings that occasionally get onto Youtube the major source of information these days) but TVtropes does reference it under their "Organ Thieves" entry:

This was one of the urban legends used in Freaky Stories, although the moved it into the future to in an attempt to slightly reduce the Squick factor. In this version the guy's entire body got stolen, leaving him a disembodied head connected to a portable life support unit.

Not the answer you're looking for? Browse other questions tagged story-identification short-stories horror cartoon or ask your own question.

9
Who is the author of the following stories?
11
A cartoon/anime with a blonde-haired boy with blue eyes and his father(?), they're looking for 7 gems/diamonds
7
Searching For Horror Anthology Book Title
8
Horror Story Called “To Be A Man” or something similar
10
Space cartoon from the 80s or 90s
15
Trying to identify a short story in which aliens turned an entire city block into a spaceship
8
Manga where a girl travels back in time after the guy who liked her died
5
Looking for a name of a cartoon/animated movie from 90's
2
Webcomic with a mermaid and a bird legged android?