I know this sounds like a stupid question, but I just wanted to confirm if they are the same thing. In new canon, anti-gravity is never mentioned.

star-wars artificial-gravity
Share
Improve this question
edited May 15 '17 at 0:18

Repulsorlift technology is explicitly called out in the Star Wars: The Force Awakens: Incredible Cross-Sections as being a technology based on anti-gravity. 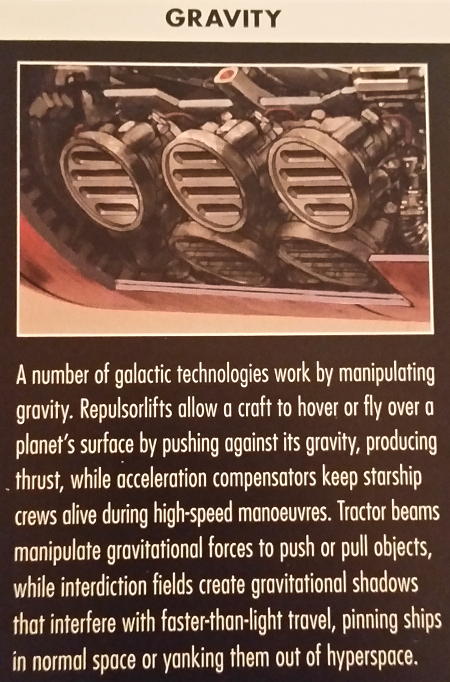 "Repulsorlifts allow a craft to hover or fly over a planet's surface by pushing against its gravity, producing thrust"

That being said, it would appear that the thrust doesn't have to be directly downwards towards the centre-mass. It can be used for directional thrust as well 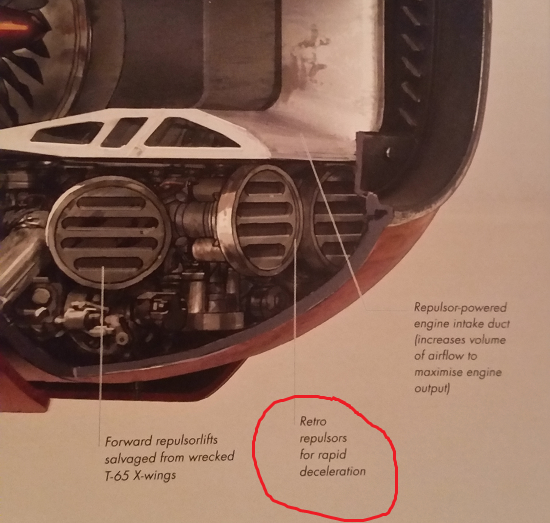 There's also the following excerpt from the junior novelisation of Star Wars: The Empire Strikes Back

Fett was followed by a floating slab of metal that Luke couldn’t make out. The floating slab was followed by two blue-uniformed Cloud City guards, who held the end of the slab and appeared to be guiding it through the hallway. Luke realized the slab was resting on a thin repulsor sled, an antigravity device used to transport heavy objects.

No it is not anti gravity because it does not make use of anti matter, instead it uses air to push against the ground.

Not the answer you're looking for? Browse other questions tagged star-wars artificial-gravity or ask your own question.

2
Do repulsor lift vehicles exert a reaction force on the ground below them?

5
Paris, the catacombs, anti-gravity skate punks
24
Scientists shown a fake anti-gravity device to motivate them to build the real thing
20
Why do they never turn the gravity off?
5
Dead oceans, robot factory farms and freighters, personal anti-gravity transportation devices
44
How does the Death Star gravity work?
12
How does gravity work on Star Wars ships?
19
Why not increase gravity when an intruder is on board
25
How did this ship jump to lightspeed within a gravity well?
17
Is there any explanation as to why small scale vehicles—such as X-Wings and T.I.E. fighters—in “Star Wars” have gravity?