I'm trying to recall the name of an animated sci-fi cartoon I rented out of the public library during the late 1990s. I can only remember a couple of scenes/themes;

Update: I just found it by accident while doing some more research. The moment I saw this image memories came flooding back. 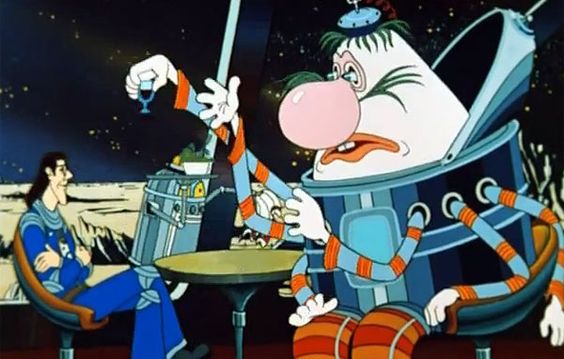 If anyone would like to relive this old childhood, clips can be found on youtube: Mystery Of The Third Planet

Thanks for the time everyone took to help narrow down the name of this old sci-fi classic.

4
SF cartoon series with tall hairless humanoids wearing blue-gray armor
0
Searching for the name of a cartoon which was broadcast on Cartoon Network (India) between 1999 and 2003
3
There was this cartoon show that I used to watch as a kid. I don't really remember but the main characters were 2 guys and a girl?
3
2000s cartoon set in a magical boarding school, including a girl with a spider headband and a regular kid who got newly admitted
13
Looking For Title of Circa 1990s English-Language Sci-Fi Film
6
Can anyone remember a short TV series or movie from the 80s/90s about an alien girl who becomes popular on her first day in highschool