Where is the Whomobile now?

The Whomobile was a strange-looking vehicle which appeared in a few Doctor Who episodes during the Third Doctor's tenure. It was the personal property of Jon Pertwee, and according to Wikipedia, it was actually registered for use on the roads, as an "invalid tricycle". 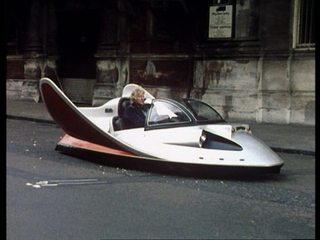 Since Jon Pertwee passed away nearly 20 years ago, I wondered what's become of his treasured and wacky vehicle now.

What happened to the Whomobile after Doctor Who, and where is it today?

So, what happened to the car? Well, it wasn't ever the property of the Beeb - the car was always Jon's. After the show it ended up on a trailer and was becoming a bit of a burden. In the end it was put in a car auction in the early 1980s and was bought - for £1700 - by someone who was purchasing the car for his son. The car is now in a secure location in the UK and hasn't seen the light of day since 1996.

One of the car's rare appearances was in the 1993 documentary 30 Years in the TARDIS; Buckland was thanked in the credits for providing the vehicle: 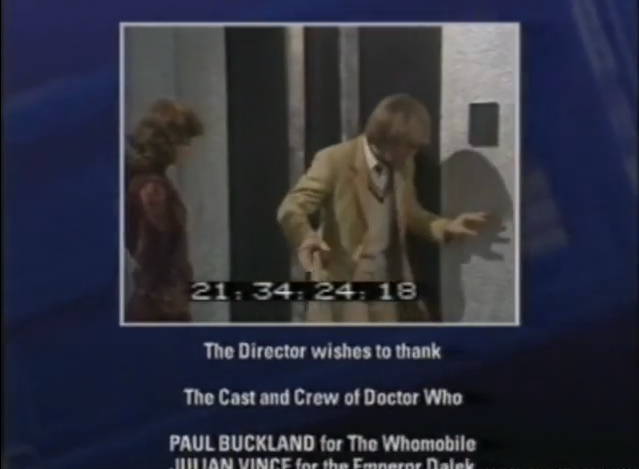 It's most recent appearance was at a 2015 model show in Hanslope, England, apparently still in the hands of Buckland (later images on the page identify him as the gentleman in the grey shirt): 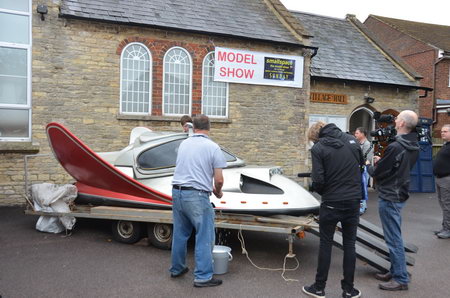 In a video of the car's unveiling, posted to Facebook by an attendee, show organizer Mat Irvine1 introduced the current owners as Paul Buckland and another man (whose name I can't make out from the video).

I've read it claimed that Pertwee gifted the car to a fan at some point after he left the show, but I've been unable to find a more official source for that.

1 As an interesting aside, Irvine was a visual effects designer for the BBC for a number of years, and built several of the K-9 props (including the original one used in "The Invisible Enemy")

Not the answer you're looking for? Browse other questions tagged doctor-who props vehicles or ask your own question.

4
How was the robot controller prop made in The Runaway Bride?
8
Where are the reapers?
1
Is Oswin Oswald now super-human due to Trenzalore and the great intelligence?
14
Where is this painting from the Enterprise now?
4
What is Clara's status now?
3
In Doctor Who - "The Woman Who Fell to Earth" why didn't the Doctor know she was now a woman?
0
Did the 11th Doctor ever use the red button on the end of his sonic screwdriver on screen?