Why does Reynardine take the form of a wolf instead a fox?

Reynard's natural form is a big, red fox - we can see it clearly when he and Antimony are in ether: 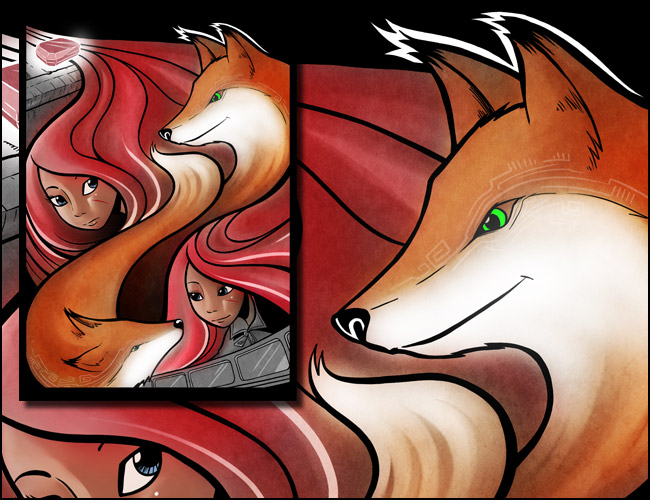 After possessing the wolf-toy, he can change shape however as he wishes, saying "body is just a plaything of a mind" 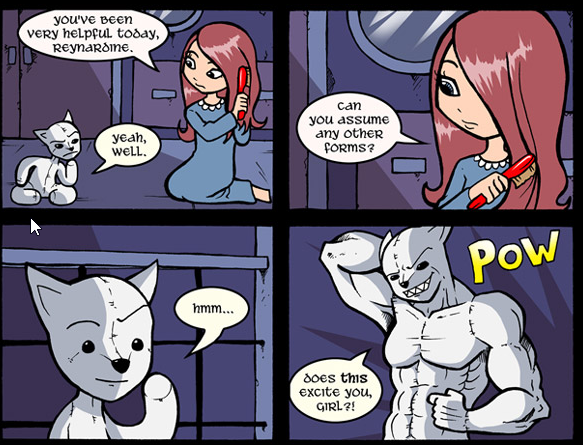 Yet almost always he assumes the form of a wolf - initially I thought its mostly because he is in a toy-wolfs body, but since the Gunnerkrig Court is so full of hidden symbolism, doesn't it have a deeper meaning? Is it because he is trying to protect Annie?

Since @jwodder didn't post the answer, I'll do it myself:

Reynardine is a wolf (well, in a shape of a wolf), not only because he is trapped in Antimony's toy-wolf (or simply because he can look this way more intimidating) but because in alchemy (and Gunnerkrigg Court is often inspired by alchemy) metal antimony is called "a grey wolf":

In the work with minerals, the metal antimony was referred to as the Grey Wolf, because when molten it greedily swallowed up many other metals, such as copper, tin and lead, by forming alloys. In this sense it behaved like metallic mercury which also readily amalgamated with metals. The Grey Wolf of antimony became especially important in early 17th century alchemy - its curative properties being popularised through the writings published under the name of Basil Valentine. (Source)

Not the answer you're looking for? Browse other questions tagged gunnerkrigg-court or ask your own question.