If Superman is injured, how completely and quickly does he heal?

We know that Superman can bleed, be bruised, and, more generally, sustain injuries under some conditions. 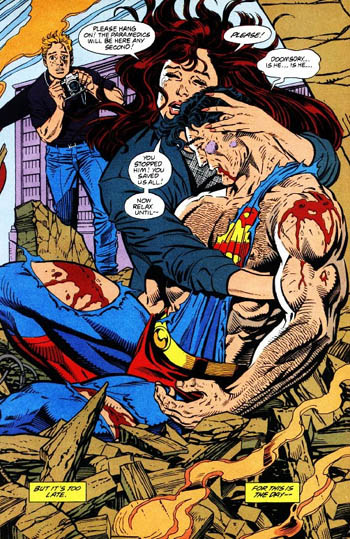 Assuming these injuries are not fatal, how completely does Superman heal?

In issue #7 of Injustice: Year Four1 Batman tricks Superman into putting the Regime on stake in a trial by combat. Superman is confident (Man of Steel, blah blah) but Batman, being a tough cookie, picks Wonder Woman as the Opposition's champion. Since the trial is overseen by a hell of a lot of Greek gods, including Hera and Zeus, Diana can't refuse and they fight to death. 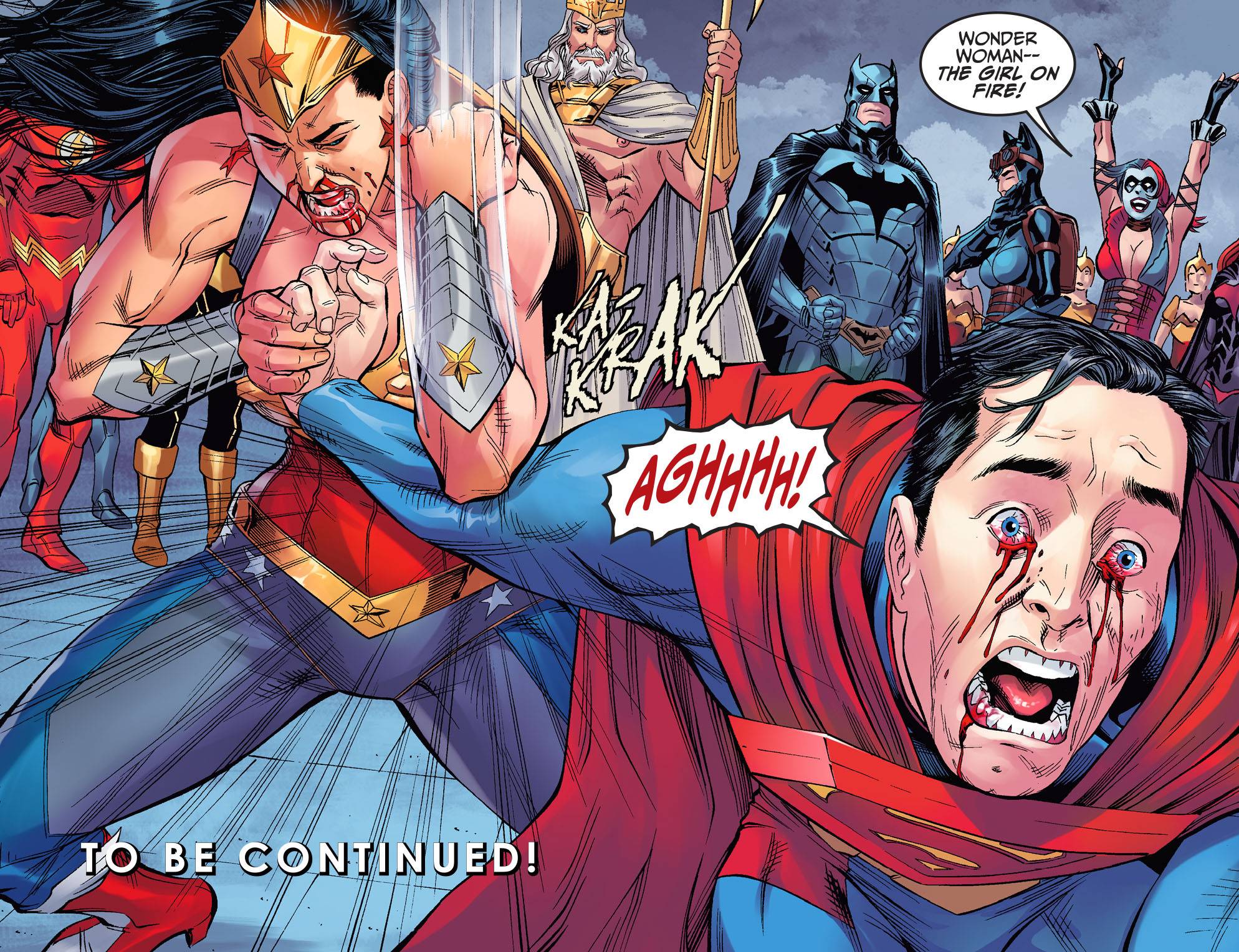 Then a list of ridiculously ill-timed events happens, and Superman must step up. In order to do that, Cyborg offers to focus sunlight to heal Clark faster: 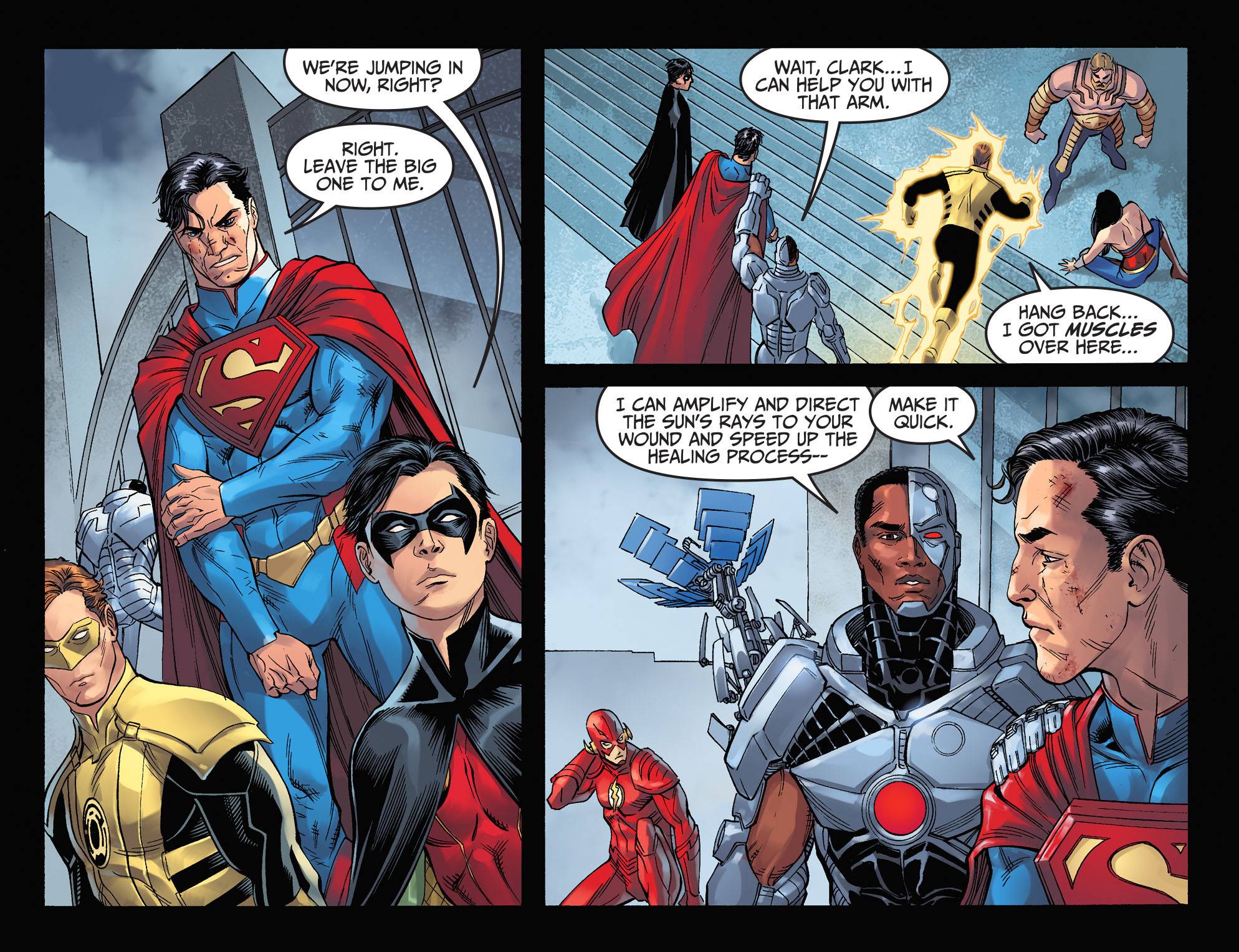 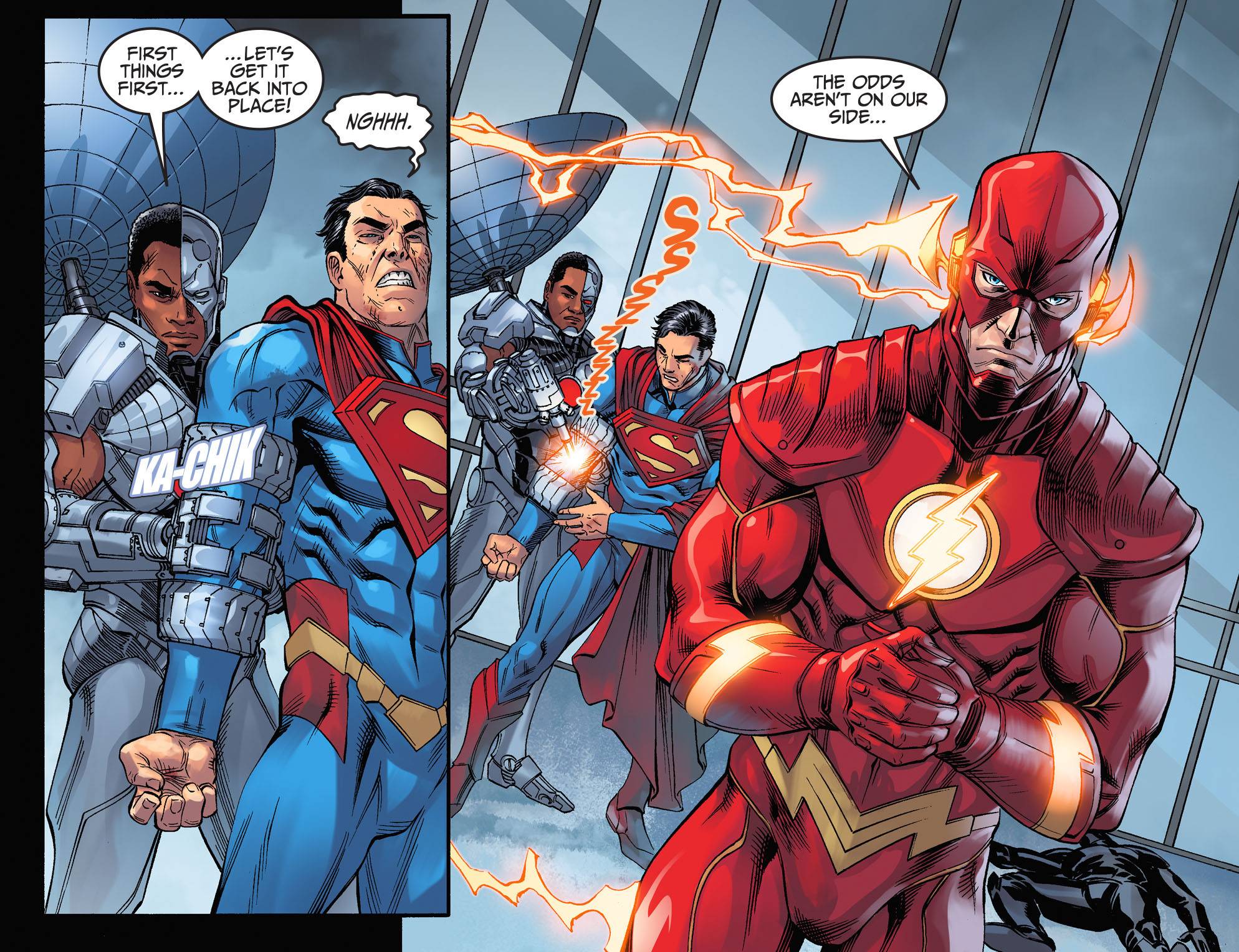 Which shows us that Clark's healing ability is greatly amplified by concentrated sunlight.

You can also look up The Dark Knight Returns pt. II2 (strongly recommend). There, Supes is hit by a nuclear warhead, and his healing process is shown in detail. Since there is no sunlight available (due to nuclear detonation), he absorbs residual sunlight from plants:

This scene was featured (with minor differences) in Batman v Superman: Dawn of Justice, and it may give a fairly good measure of how fast Superman heals, given enough sunlight, in the DC cinematic universe.

1: As Thaddeus notes in comments, Injustice is not the main continuity (though they did have crossover), so it may not reflect the state of things in New 52, or in other universes.