Is the new Thor actually the Goddess of Thunder? Is the old Thor still the God of Thunder?

In any case, in a more abstract level, the new Thor is a human. Is she really the Goddess of Thunder, or is that just a nickname, like Thor is just a name the old Thor decided to give her?

I don't think this is a duplicate to this question, because the fact Thor could control thunder and lightning before he was given Mjolnir doesn't mean he still can after Mjolnir left him. It does say whoever holds the hammer "possesses the power of Thor", but this sentence is a bit ambiguous; I mean, if whoever holds it is called Thor then it's pretty much meaningless. Perhaps 'Thor' in this sentence refers to the original Thor, but that would mean Mjolnir only grants the powers Thor possesses anyway, and he definitely became weaker after loosing it.

With that hammer in my hand, I was the Goddess of Thunder. So I guess now the question is... what am I without it?

The former Thor (now going by Odinson) has shown that he has been capable of summoning lightning without his hammer in the past: 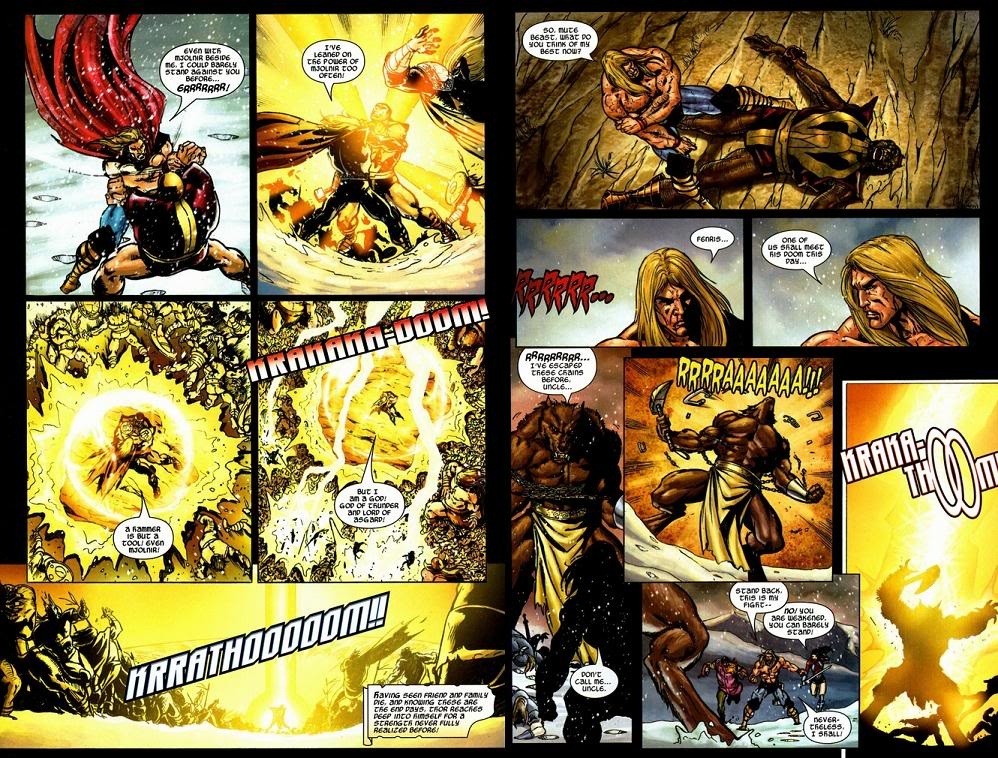 So it maybe Odinson does not need to be in possession of his hammer to be able to use his powers. However, it may be that once he looses his worthiness, some of his powers are removed. At any rate, thor has stated in "The Unworthy Thor" that he has to use his goat in order to fly without his hammer.

It should also be noted that Odinson was in possession of an bizaro version on the hammer prior to Secret Wars that allowed the unworthy to weild it, however, he dropped it at one point during a battle and was unable to pick it up. He is currently after the hammer left over from the ultimate universe.

7
Prior to the spell cast on Mjolnir, did Thor control lightning on his own?

24
How old is Thor?
11
Is Loki actually a god?
20
Why was the female Thor not given another name?
6
You can't wield Mjolnir unless you're worthy, but has anyone ever stopped Thor from wielding it?
7
How Did She Become the New Thor?
11
Why didn't Tony actually try Thor's fingerprint?