Is the Doctor's ring special?

During the episode Heaven Sent we see the Doctor wearing a ring. Is this ring significant (for example does it stem from his days as President of the Time Lords?) Or is it just a random ring Peter Capaldi was wearing? 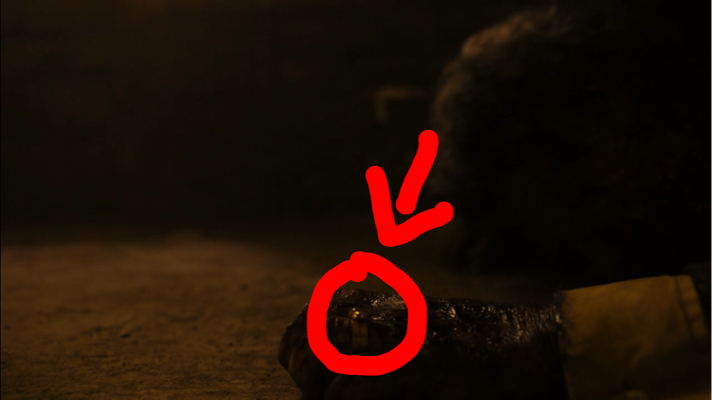 Yes, it does have significance both in and out of universe.

From this article entitled "There's a story behind the ring Peter Capaldi will wear on Doctor Who":

Jewelers in South Wales were commissioned to craft the ring, double-banded with a green amber stone.

More than that, Kate Dumbleton and Petra Aydin Barberini, who worked on the ring, have an 11-year-old son, Idris, who wrote a special note for Capaldi explaining the ring's origins.

This timeless gold ring contains green amber collected by the Doctor on the planet Raxacoricofallapatorius. It reminds him of all the wars he has won but also all the lives he has taken. This thought lurks on his conscience to this day.

To Peter, Best wishes being the New Doctor Who from Idris

This answer was partially copied from my answer to a related question on another SE.

The Doctor wearing a ring is a throw back to William Hartnell's Doctor who did wear a ring. At various times the Doctor seemed to use the ring to do things like opening the TARDIS, at least, once. This wasn't a major feature of the Hartnell Era and the concept wasn't developed much at all. It had a potential that was never really used.

The ring was discarded when Pat Troughton became the Doctor. It slipped off the Doctor's finger when he was incarnated as the Second Doctor. Whatever use it may have had for the First Doctor the Second Doctor seemed to have moved on and no longer needed it.

The First Doctor certainly wore a ring. The Second Doctor didn't. While the Third Doctor did from time to time, but they seemed to be only decorative and not functional.

4
Has the Doctor’s memory been reset?
5
In what sense has the Doctor been running from the Question “all his life”?
3
Winning the Time War By Regenerating
2
What was Gallifrey's president wearing in his hand?
2
In Heaven Sent, did The Veil make a misjudgment?
9
Why did the Doctor use his hands in Heaven Sent?
2
Why does the creature in “Heaven Sent” accept repetitive confessions?
13
Wouldn't Matt Smith be the 12th Doctor and not the 11th because David Tennant is both 10 and 11?