What is Darth Vader holding on the cover of the original Star Wars novelization?

On the cover of some versions of Star Wars: From the Adventures of Luke Skywalker, Darth Vader is holding something in his hand. 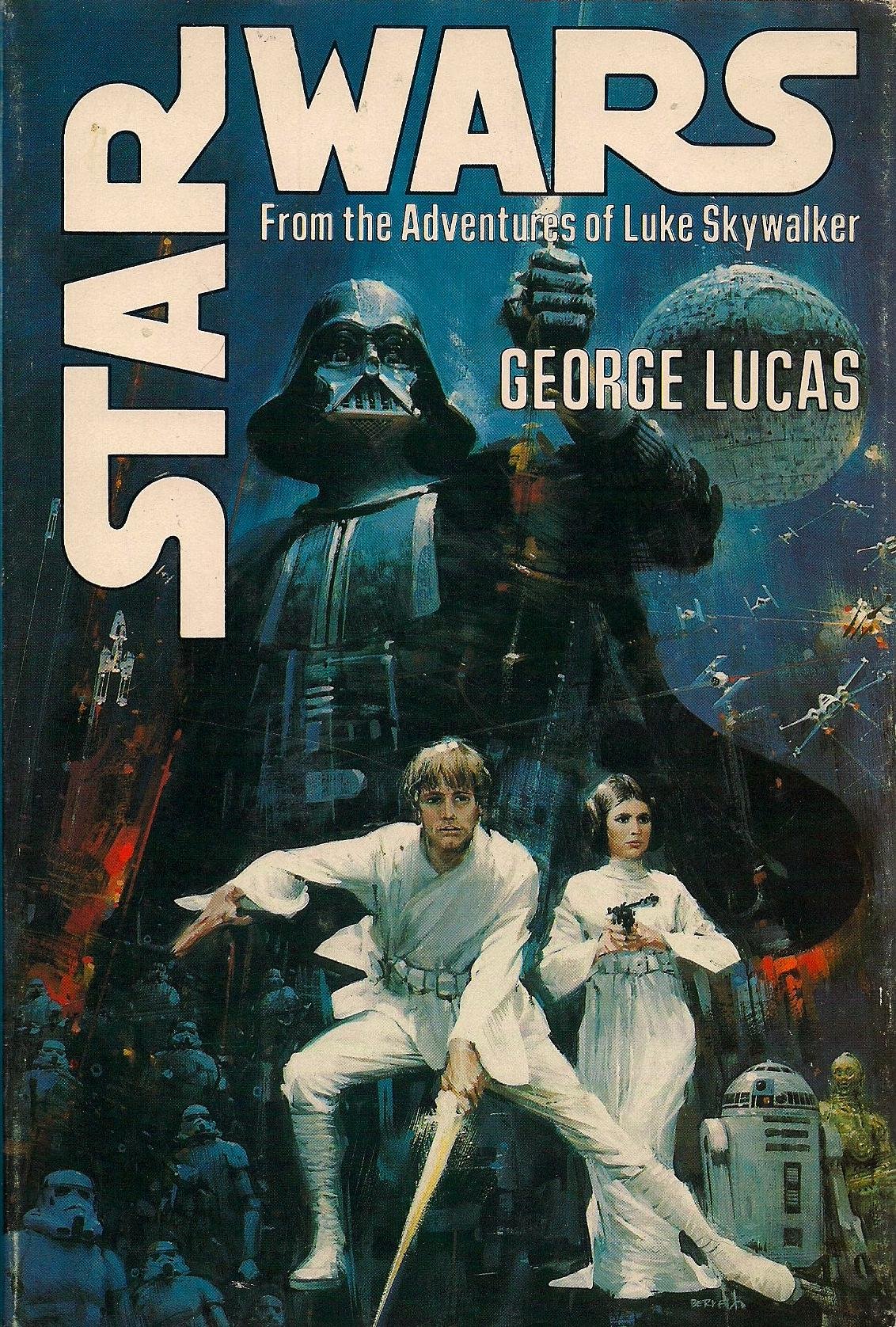 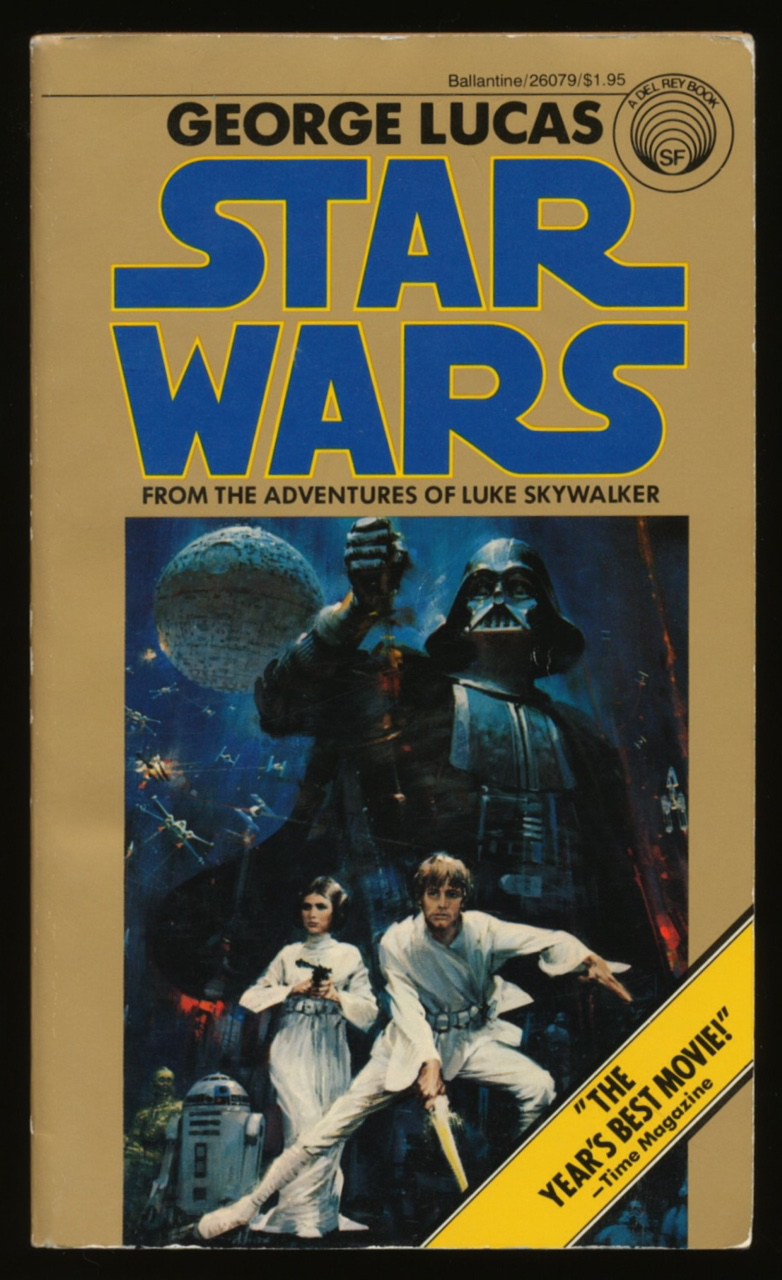 It seems to be comprised of some strings with multicolored objects hanging off of them. Do we know what it's supposed to be?

In the original John Berkey painting, it appears that Vader is holding his lightsaber, stylized in a similar manner to Luke's lightsaber. (In fact, it almost looks like a solid metal blade with light glinting off it to me, but I think that's just stylization.)

Berkey's illustrations from early in the history of Star Wars were done with minimal access to information about the film as it was being made. As such, his Star Wars work is also notable for occasional inaccuracies. (For instance, one painting of the Death Star battle features multiple Millennium Falcon-like ships, since he didn't know that model was used as a unique ship in the film.)

The multicolored streaks below his hand seem to be just another stylistic flourish, typical of Berkey's painting. They may represent motion lines, as the color used is similar to the red-orange "contrails" left by the Y-Wings at the left of the image. 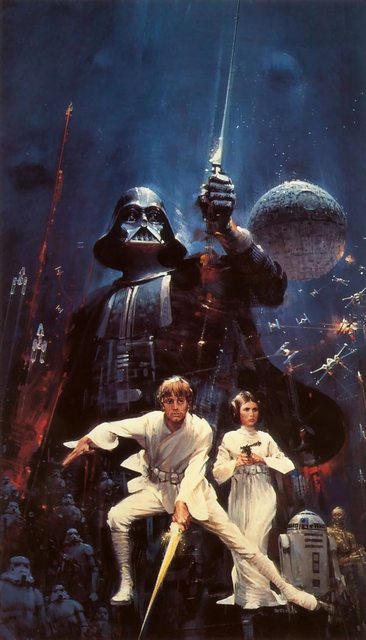 They appear to be simple motion lines. You may wish to note that they also appear on earlier (and stylistically cruder) version of the same picture by the same artist 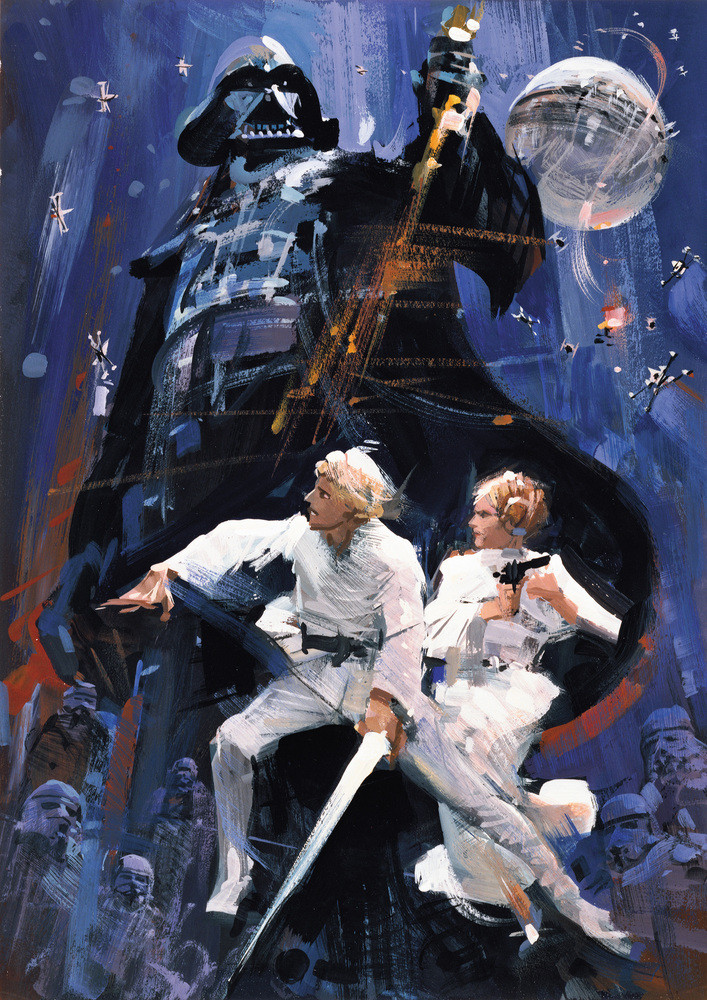 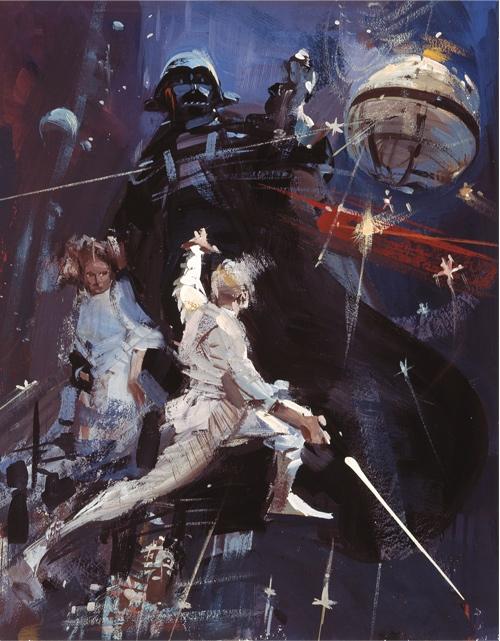 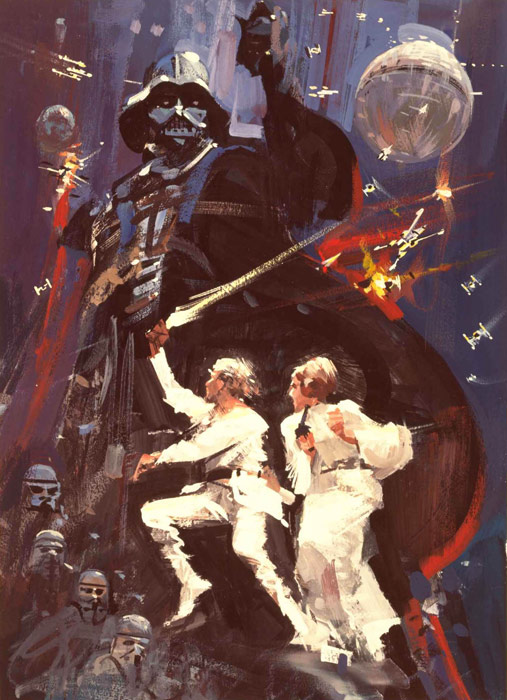 45
Why was Darth Vader called Lord Vader?
20
If Darth Vader discovered Luke was his son from the Emperor in the 2004 retconned version of “The Empire Strikes Back”, then how did the Emperor know?
46
Who/what exactly does Darth Vader believe taught Luke between the events of “The Empire Strikes Back” and “Return of the Jedi?”
74
What did Darth Vader mean by “There’ll be no one to stop us this time.” Who had “stopped” Vader—or the Empire—previously?
12
Who is the titular "Heir to the Empire"?
2
Meaning of the quote: "Adventure. Excitement. A Jedi craves not these things."?
14
Novel from Star Wars universe where Leia fights Darth Vader and drops him off a cliff