Is it explained how a person can fit in a Dalek?

It has been used as a plot device in many episodes of Dr Who that a person will impersonate a Dalek by getting inside the travel machine, from the earliest series ("The Daleks", "Planet of the Daleks") through to more recent series ("Asylum of the Daleks", "The Witch's Familiar").

But, how is this possible? The inside of the Dalek has been repeatedly shown since the ninth Doctor's episode "Dalek", and the Dalek creature is much smaller than an average person (this was even hinted at in the first Doctor story "The Daleks").

The best evidence we have on the subject is from the recent "The Witch's Familiar" episode in which we see Clara sitting in a Dalek shell.

In the prior scene we see Missy removing the football-sized Dalek from its armour. The next scene (which we don't see) presumably involved both of them ripping out the Dalek's life-support mechanism and other, now unnecessary workings from the inside of the case, leaving a void and a small seat for Clara to perch on.

We also see inside another Dalek in Daleks in Manhattan. Although this design is different, again, there's clearly more than enough space for a fully grown adult.

There are no end of "Official" Dalek anatomies to choose from, but the common factor in all of them is that the majority of the internal 'organs' within the armour shell are not integral to the armour itself, but there to aid the inhabitant. 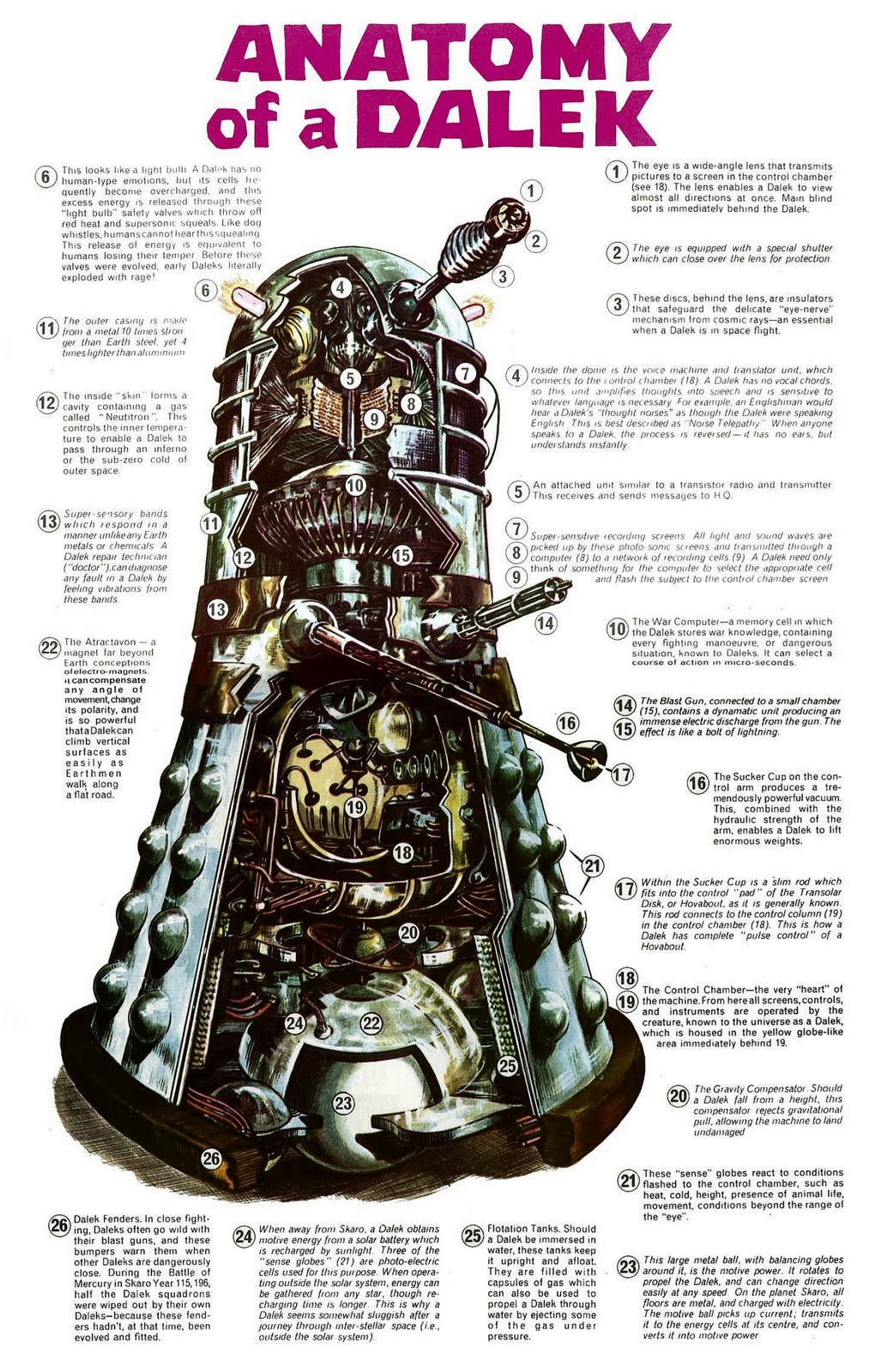 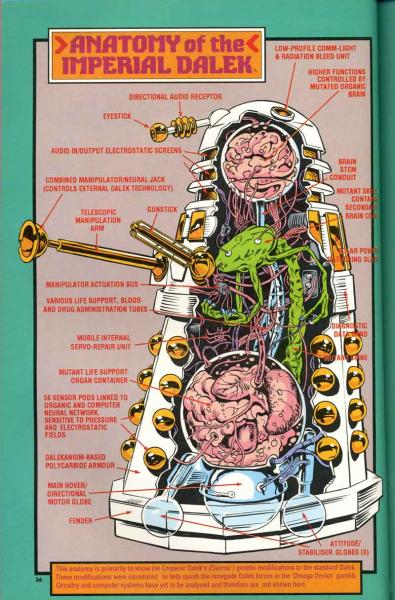 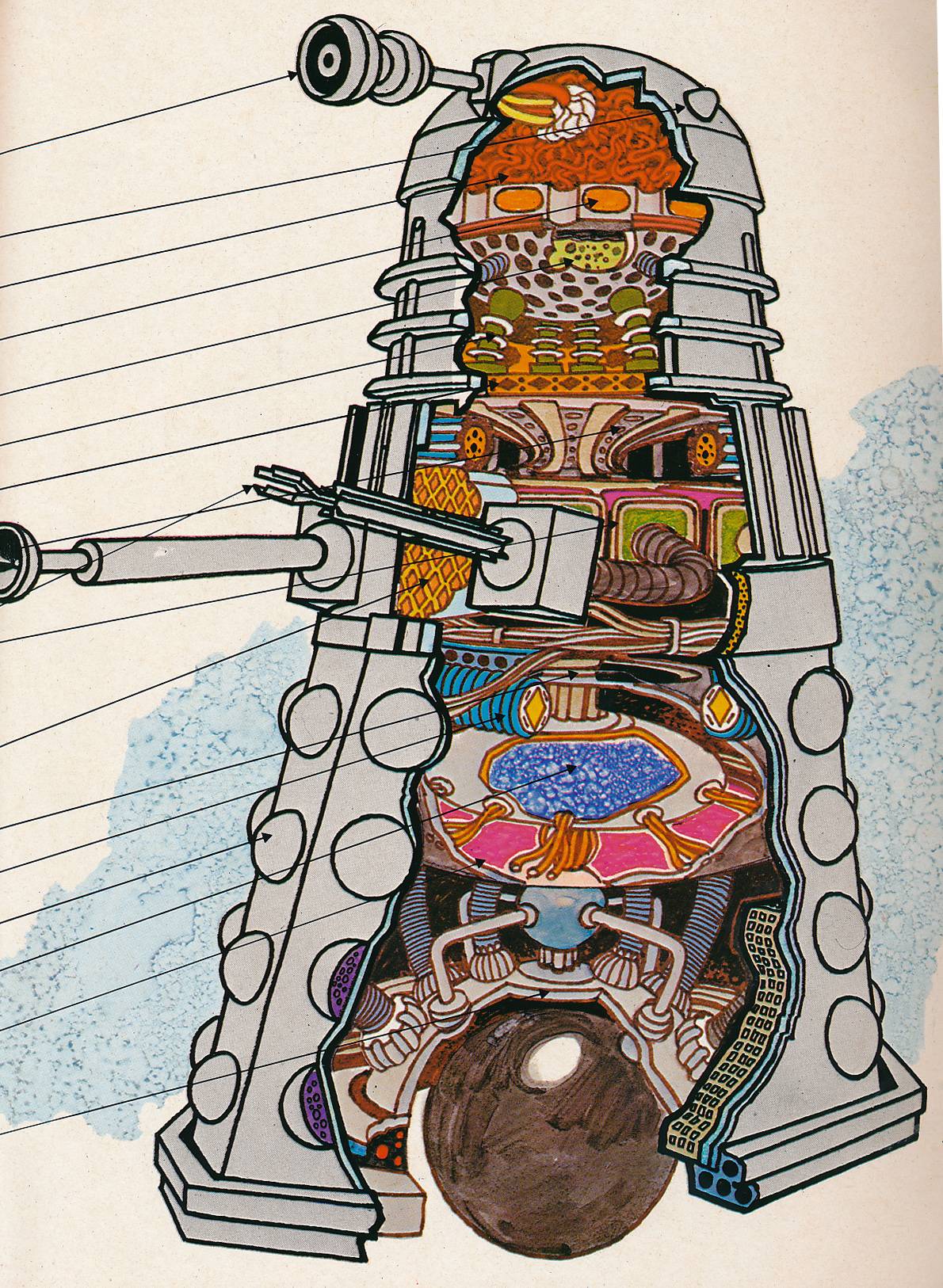 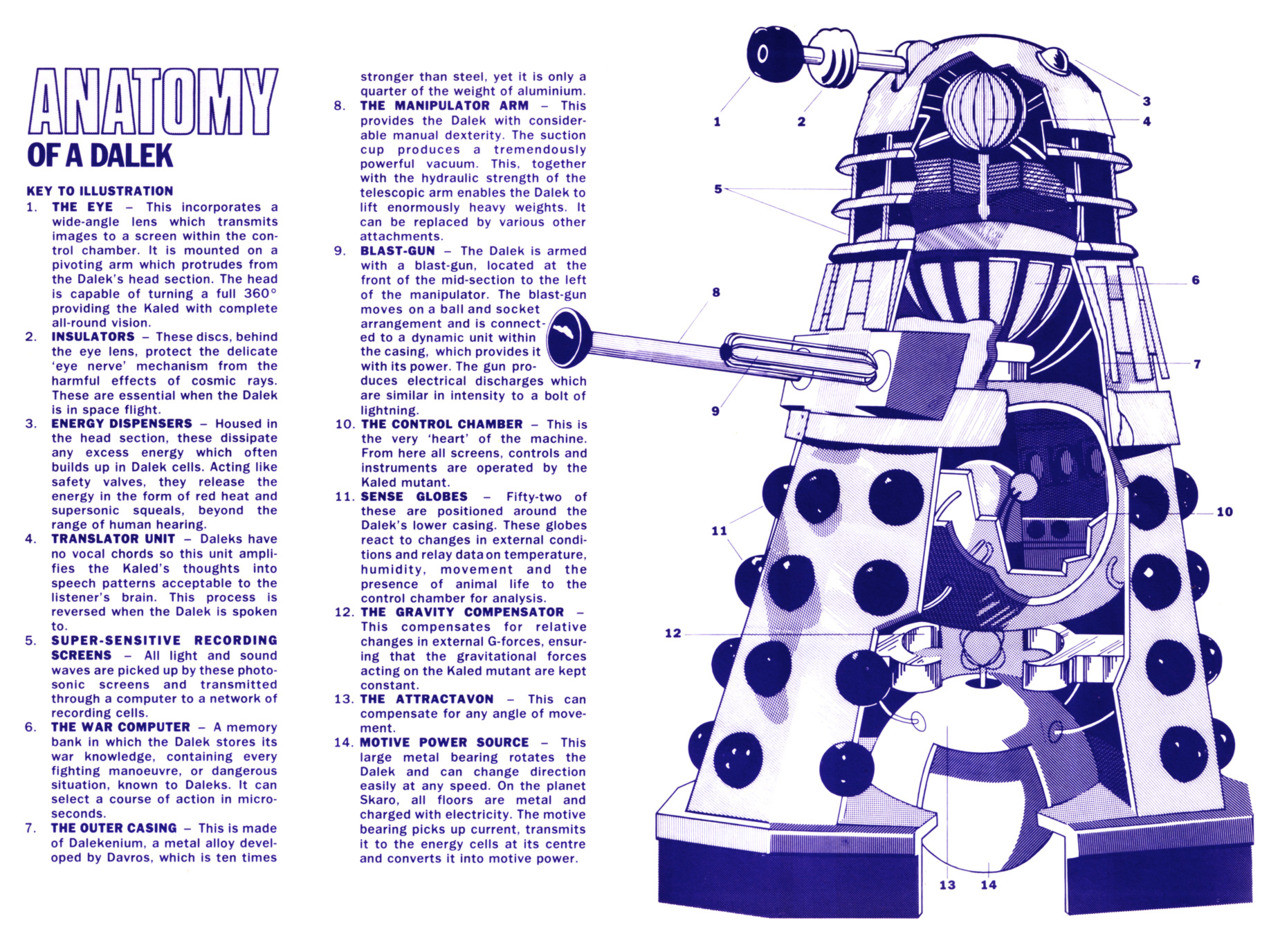 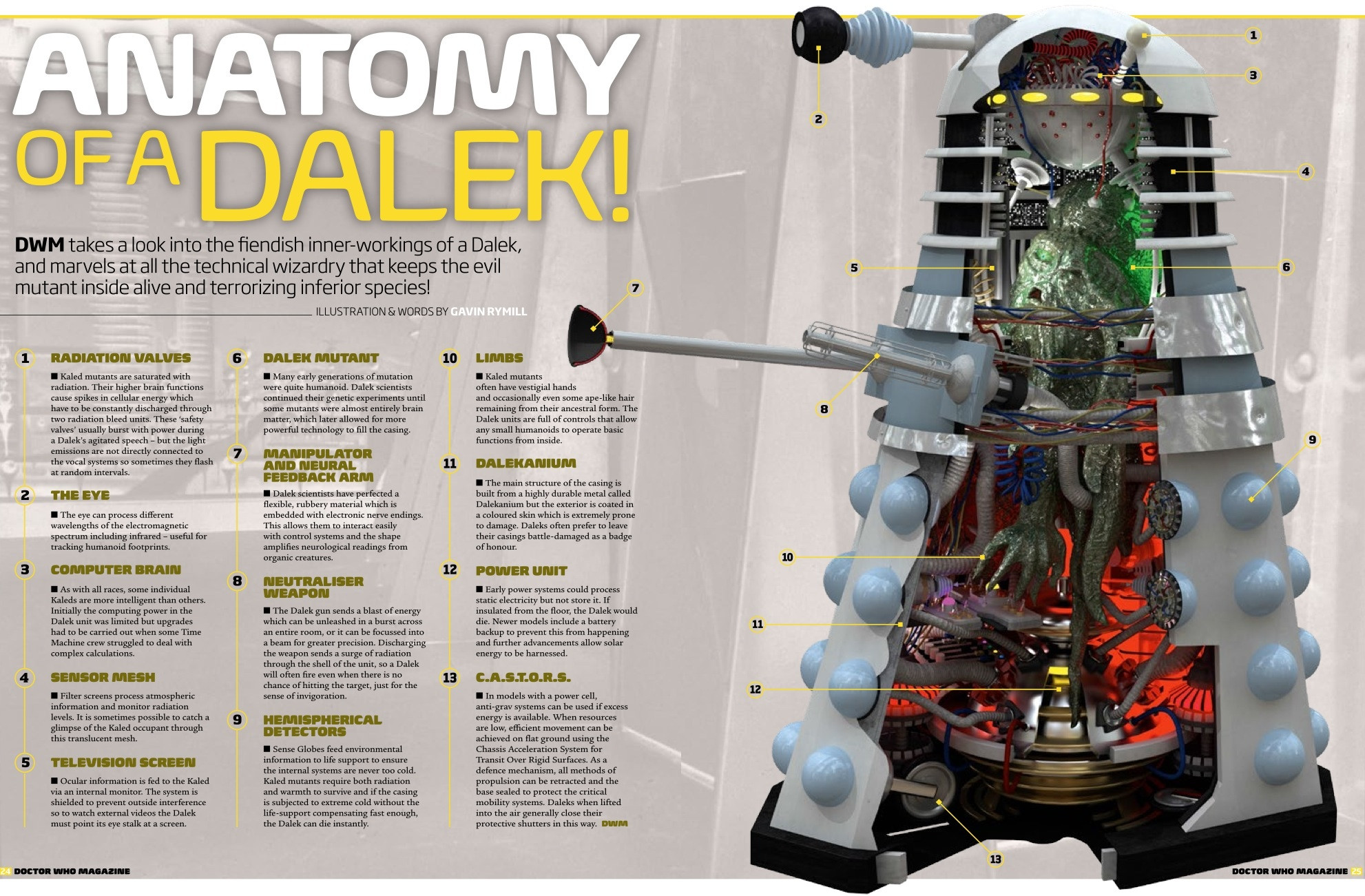 Out of universe, there's clearly more than enough room in a Dalek to fit an average-sized production staffer. Someone as small as Jenna Coleman (5ft 2) wouldn't have any difficulty whatsoever. 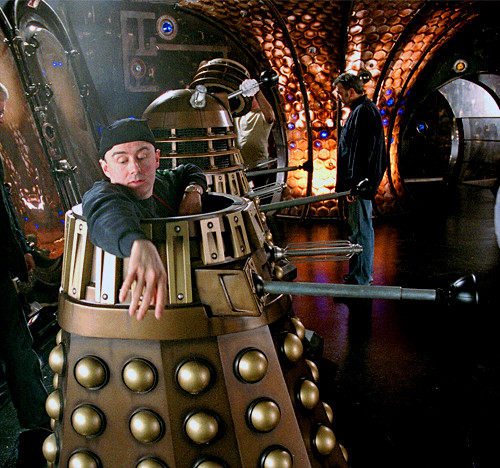 4
How long would Dalek Sec have survived?
9
What happens to Fixed Points if the past is rewritten?
2
What was Harold Saxon's involvement in the Lazarus experiment?
1
Dalek Invasion of the Earth
12
Why didn't the Doctor become a vengeful God when he absorbed the Time Vortex?
6
How could one Dalek hold against entire armada of Daleks?
7
Sci-fi references in the New Year 2021 Doctor Who