What is the Origin of Link's name?

In the Legend of Zelda series the protagonist is always named Link. We know Zelda's name was based on a real world thing from What is Princess Zelda's full name?.

Why/how did the creator come up with such a weird name? 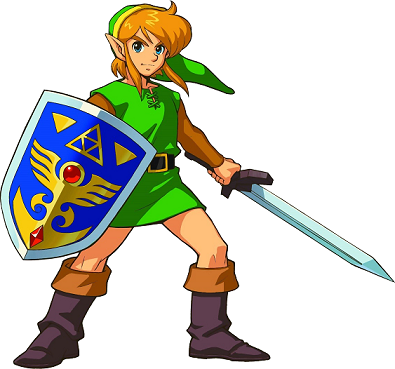 In a 2012 interview, Shigeru Miyamoto said that the name came from the fact that the character was supposed to be a literal "link" between two different time periods:

It's not a very well known anecdote, but when we started designing The Legend of Zelda, we imagined the Triforce fragments to be electronic chips! It was supposed to be a video game that would take place in both the past and the future. Because the hero was the link between them, we called him "Link". But in the end, Link never went to the future and it stayed a game of heroic fantasy. We can even say that there was never anything futuristic about it!

In his foreword to Hyrule Historia, he gives a slightly (very slightly) different explanation:

We named the protagonist Link because he connects people together. He was supposed to spread the scattered energy of the world through the ages.

Not the answer you're looking for? Browse other questions tagged names the-legend-of-zelda or ask your own question.

52
What is Princess Zelda's full name?