Trying to remember an 80s era anime cartoon that had mechs in it. I can't remember if they were human controlled from inside the mechs or by remote. I think their base was a giant robot, and was stuck under water, possibly in the ocean. I vaguely remember an episode where they got enough power to briefly bring the base above water and fire a few shots before having the robot shaped base fall back under water. I believe the humans pioleted smaller mechs, that were sort of transformers like (I think)
Does anyone know or remember this cartoon?

You are most likely thinking of Robotech. This was a an 80s era anime in which the mechs were piloted from the inside and were transformable from a fighter jet to a bipedal batteloid and a hybrid of the two in guardian mode. Additionally the smaller mechs were stationed aboard the SDF-1, a giant alien battlecruiser that could also change into a robotish/human form when necessary. 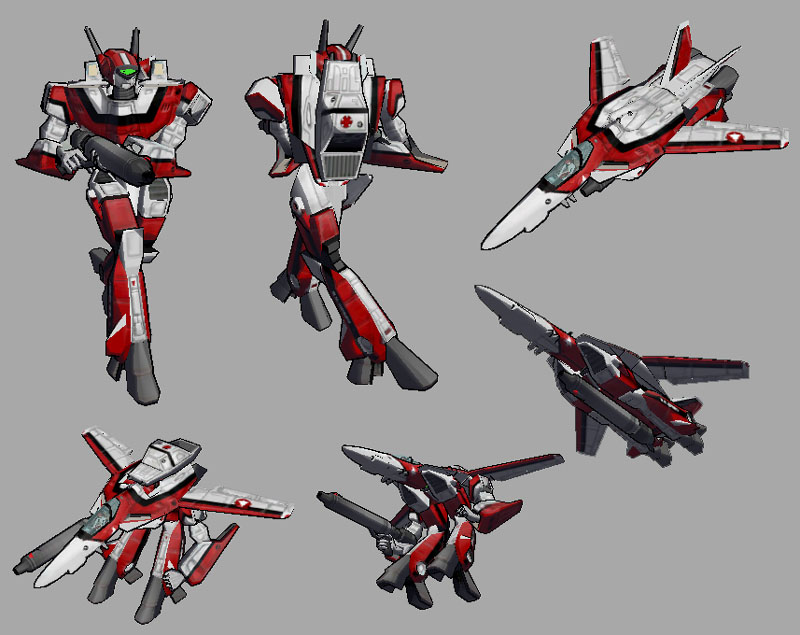 At one point during the series the SDF-1 does make a landing in the ocean and is mostly underwater.(Blue Wind, Homecoming) 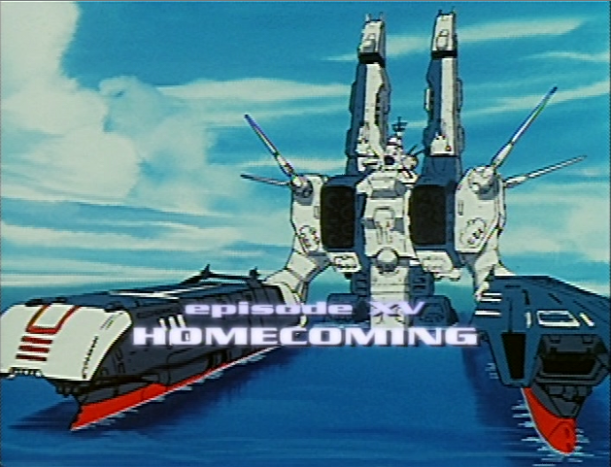 At the end of the first season, the SDF-1 is again submerged in water after having been badly damaged over time, and in the last episode the crew manage to get just enough power to the ship to raise it from the water and fire at the enemy before crashing down again, with it's fall being cushioned by the water.(To the Stars) 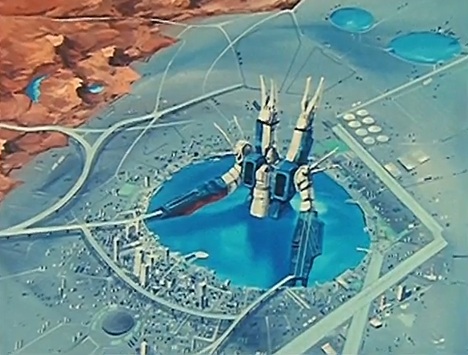 This is one of my all time favorite animes and I'll still go back and watch it from time to time. Episodes are easy to find online, or are currently free to Amazon Prime members. Below is the Robotech Wiki link if you would like to learn more. Enjoy! 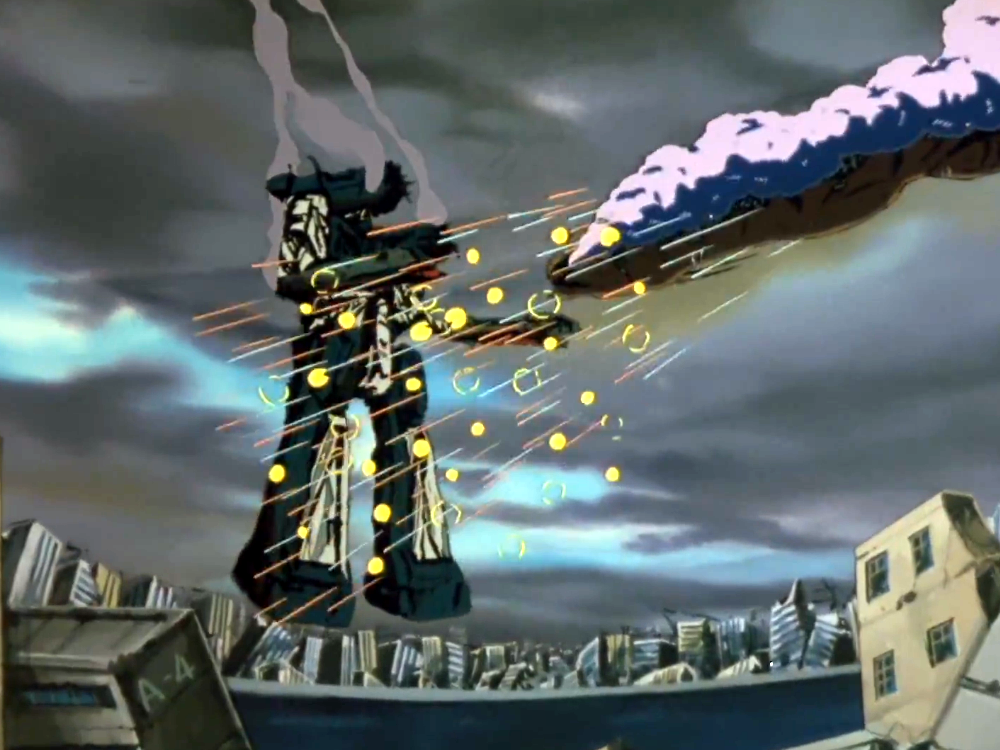 Trying to remember an 80s era anime cartoon that had mechs in it.

This could be Voltron, particularly the Lion Voltron variant. The series started running in 1984, and I believe Lion Voltron was the first variant to air. 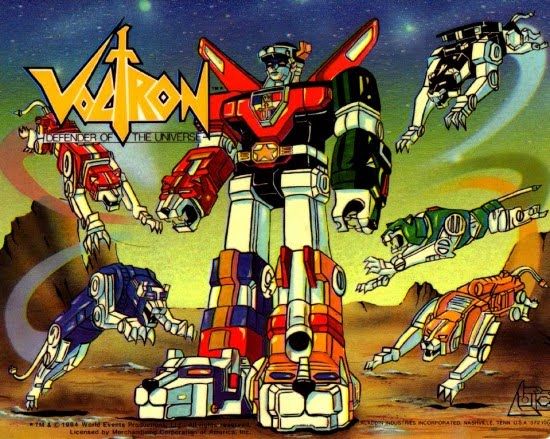 I believe the humans piloted smaller mechs, that were sort of transformers like (I think)

Lion Voltron consisted of 5 Lion-shaped mecha, each piloted by a human. Each Lion could fight separately, but all five could transform themselves into components (legs, arms, torso) that, put together, formed a larger humanoid mecha.

I think their base was a giant robot, and was stuck under water, possibly in the ocean.

The base was a castle set on an island in the middle of a large lake ("moat") with an enormous retracting bridge: 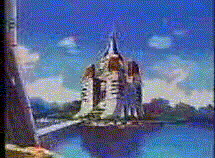 Each of the 5 Lions emerged from the castle via a separate route; the Blue Lion came out via the moat:

That could be what would give you the impression that they came from underwater.

I vaguely remember an episode where they got enough power to briefly bring the base above water and fire a few shots before having the robot shaped base fall back under water.

The base was a castle surrounded by, but not under, water. I seem to recall that some of the episodes followed the pattern of Bad Guys attempting to block just one of the Lions from emerging for battle, with a goal of preventing formation of the full Voltron by all five Lions. That might be consistent with the Blue Lion emerging from the moat only to fall back. 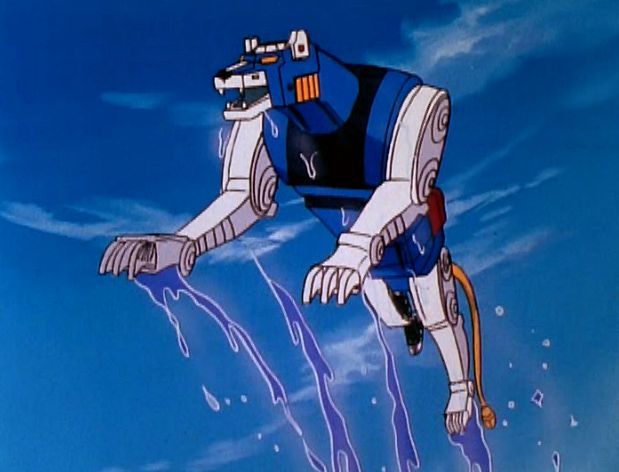 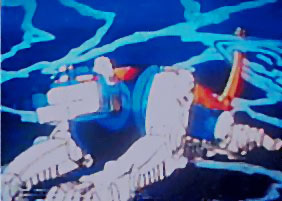 13
Cartoon movie where the main character had a robotic arm
7
Cartoon short film involving mission to a Mars base which fired missiles to Earth containing creatures
11
Cartoon series about transforming cars
9
Animated horse movie/series 1980s-early 1990s, hunted by mad scientist with robot dog
35
Animated movie with fight scene in Big Ben
4
80s Mecha anime/cartoon about a giant spaceship that could transform into a humanoid robot form
5
Cartoon in which a boy and girl travel with a robot
7
80s/90s anime/cartoon with grey robot protagonist with elongated head riding a hoverboard
7
Animation film with giant sphere-like bad “robot”