What governs the actions of the Enterprise's doors?

Is there any in-universe logic to how the Enterprise's doors behave?

Out-of-universe, they open/close if and only if the plot demands it, but in-universe they can close (glad to be of service!) with someone standing directly in front of them: in the Netflix version of TNG S4E2 ("Family"), timestamp 1min34 remaining, the doors shut while Picard is still looking directly through them. In the following picture, the doors are closing after Worf's parents have just gone through them and Picard has elected not to. 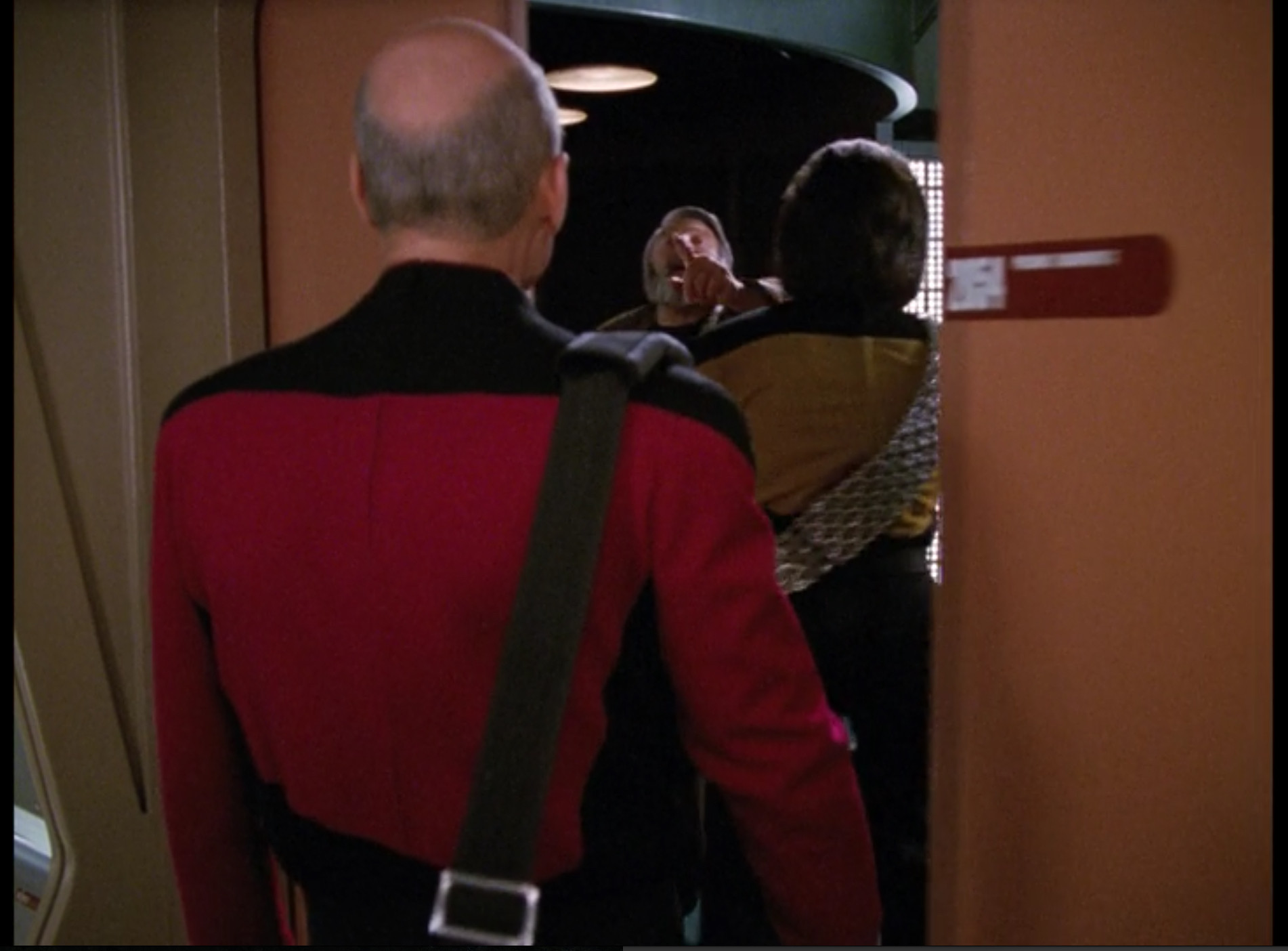 Is there an in-universe explanation for why the doors shut then, rather than remaining open for Picard?

(This question is similar but not quite the same.)

The Computer Sees All

As Valorum points out in the comments, the ship's computer is an advanced (but intentionally gimped) AI system. The computer constantly monitors the whereabouts and disposition of all ship inhabitants. It doesn't always make the best use of this ability, but is apparently very effective at operating automatic doors.

The computer uses the same reasoning that you as a human have in determining that Picard is "done" in the room and not about to walk back in. Rather than "in-universe logic", it is likely based on machine learning having built associations between complex behaviors and door opening. This doesn't require much more advanced technology than exists today. It could be that doors "default" to a closed state, and only open when the computer sees someone attempting to walk into them.

By the 24th century it's considered so commonplace and simple that nobody has ever felt it necessary to explain how it works in-universe. It is a technology taken for granted. (except when it doesn't work)

Not the answer you're looking for? Browse other questions tagged star-trek technology or ask your own question.

61
The Moriarty Sentience Problem - A.K.A. Why isn't the Enterprise computer considered sentient?
12
Why don't Starfleet ships transport injured crew members to sick bay automatically?
8
What, if any, locking mechanism do the doors have on the Enterprise?