How many characters from the TNG era would have worn the 'monster maroons' uniform?

My question here is: which of the main characters from TNG, DS9 and Voyager, in the earlier parts of their careers, would have worn the 'monster maroons' uniform that was featured in the last five TOS movies, which according to canon was used until at least 2349 (as per Jack Crusher's hologram message to Wesley)? 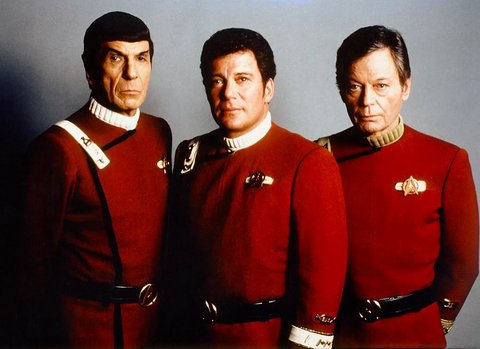 The following definitely would:

Depending on your definition of "main characters", the only one I can come up with is Chakotay, who entered the academy in 2344 at the age of 15, and graduated in 2348.

Honorable mentions go to Ben Sisko, who entered the academy in 2350, and so is the next most likely to have worn the red menace since we don't have a hard end date short of 2364; and Dr. Lewis Zimmerman, who graduated the academy in 2342. While Zimmerman isn't a main character, he was the model for Voyager's EMH, and was played by Bob Picardo.

Plus all of the regulars who were never members of Starfleet in the first place (Kira, Odo, Garak, Quark, Seven, Neelix, etc.)

Not the answer you're looking for? Browse other questions tagged star-trek star-trek-tng star-trek-ds9 star-trek-voyager star-trek-uniforms or ask your own question.

17
Does Starfleet accept cadets based on quotas?
22
Why in the world do they teach Latin at the Starfleet Academy?
2
Was there ever a time that the crew of the Enterprise-E would have worn TNG S1-7 / DS9 / Generations-style uniforms?
29
Which character from Star Trek (TNG era) "died" the most times?
7
Which TOS characters do we see in TNG-era canon?
6
Are there Star Fleet non-disclosure agreements for tests?
5
How do the Cardassians and Romulans relate to one another (TNG era)?
9
What division colors were worn at individual bridge stations during the Star Trek TOS movie era?
7
What is the population of Romulus in the TNG era?
1
How to get Flight Training outside Starfleet in the TNG era?