How did the Republic have enough clones for... anything?

I have very little data to go off of, but the Wookieepedia page for the Grand Army of the Republic says that the Grand Army started with 1.2 million clones, and 3 million added later on.

We saw in the Clone Wars series that clones commonly, if not exclusively, served as the pilots for star-fighters and warships.

This leads to my question:

How did (at maximum) 4.2 million clones man the Republic Navy and army?

Is an explanation for this ever given somewhere?

Yes, there is an explanation if you read a few pages on the starwars.wiki. The Grand Army of the Republic(GAR) was the main fighting force at the beginning of the clone wars, it was comprised entirely of Jengo Fett clones made by the kaminoans, which took about ten years to mature. 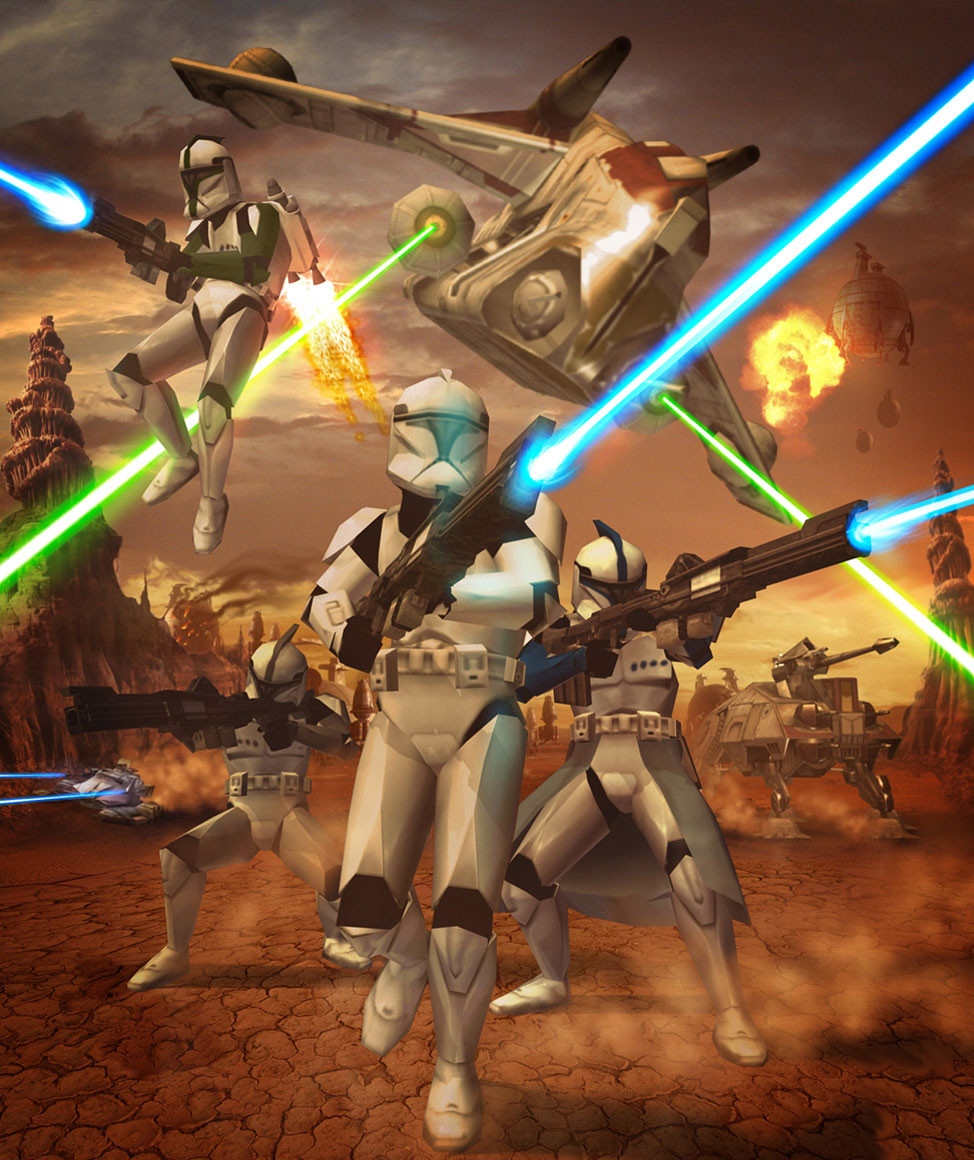 However, after years of war Palpatine turned to Spaarti cloning cylinders to complement the Kaminoan cloned army. From starwars.wikia.com:

"At the near end of the Clone Wars, all but a few were unaware that Supreme Chancellor Palpatine had secretly commissioned a second clone army, which differed from the Kamino-bred Fett clones in two primary ways: they were grown to maturity in roughly one year as opposed to ten years, and they were created on Centax-2 instead of Kamino."

This also shows why the stormtroopers we know and love from the original movies are so terrible at their job compared to the original clone troopers in the prequels.

"While the Spaarti Fett clones numbered in the billions, and were thus possibly far more numerous than the depleted numbers of their Kaminoan-bred Fett brethren, the Spaarti clones were given only flash-training on the basics of being a soldier, such as how to fire a rifle. When first sent into action, the clones of the 14th did not bother to take cover from enemy fire, and their weapons accuracy was surprisingly pitiful, as noted by the commandos of Omega Squad."

When the clone wars ended and the empire was formed, the original Fett clones were folded into the new Stormtrooper Corps, which also included the Sparti clones. However, though unwaverlingly loyal to the Emperor, Sparti clones had several problems beyond poor training, such as clone madness which could cause the clone to refuse orders and fire on their own troops. 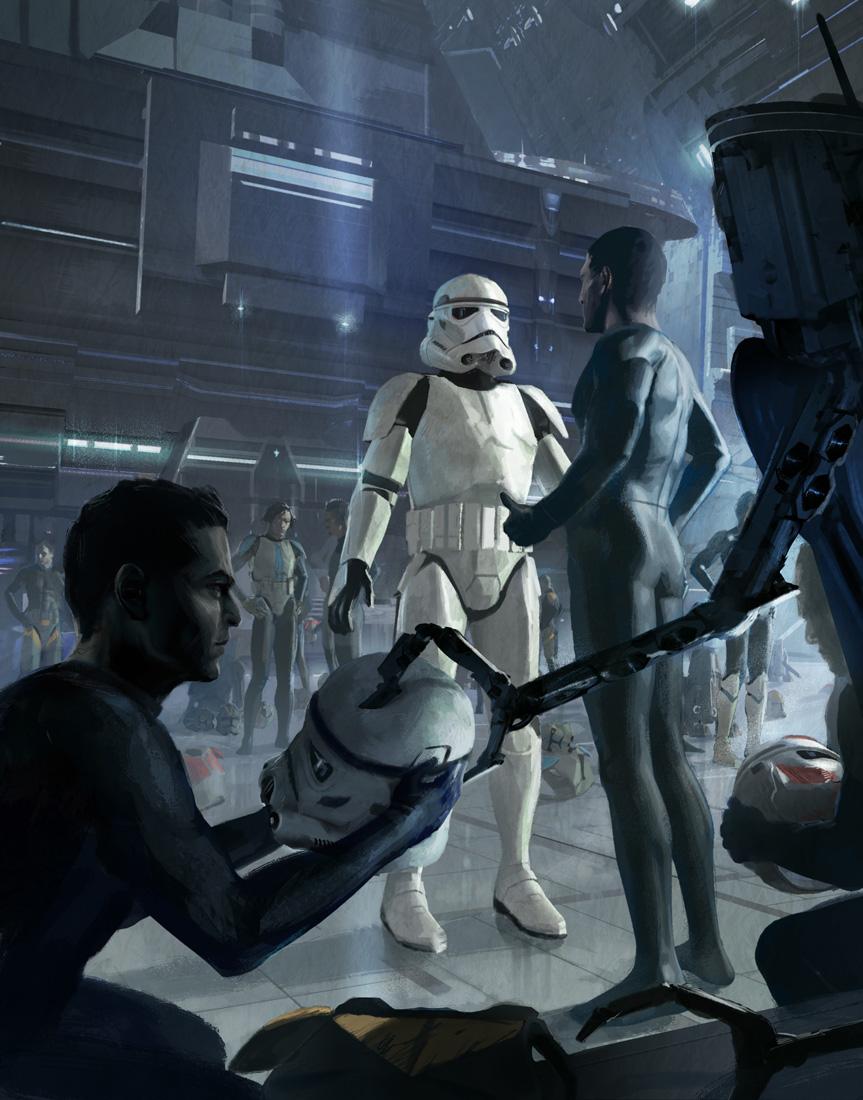 In response, the empire moved away from clones and began to rely heavily on birth-borne human recruits to fill the ranks. With Kamino bred troopers being slow and expensive to create and Sparti clones being subpar soldiers, regular recruitment of human soldiers became the preferred method. 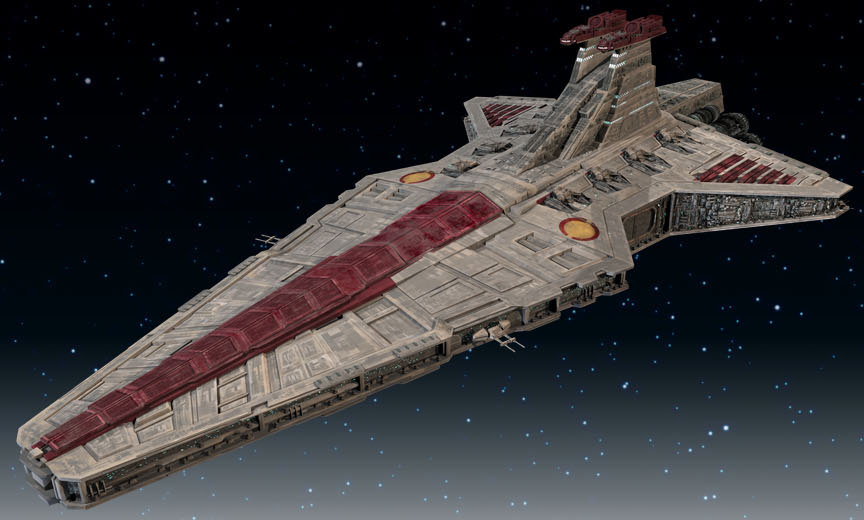 In addition, concerning the crews of Venator star destroyers and other ships, they would not consist entirely of clone troopers, but instead have a mix of clones, human officers, and assorted other beings to perform more menial tasks.

I hope this provides a viable answer to your question! Links to the star wars wiki where I got my info below! May the force be with you!

In the army my definition for a unit was the company. Companies ranged in size depending on their roll. The average infantry unit/company in WWII was 80 to 250 so 200k units could represent 16 to 50 Million. "A company is a military unit, typically consisting of 80–250 soldiers and usually commanded by a major or a captain." Wikipedia 70th Inf Div Assc "Twelve infantrymen formed the rifle squad, the basic combat unit of the Army." 2.4 mil "Three rifle platoons, a weapons platoon, and a company headquarters formed an infantry rifle company of six officers and 187 enlisted men, commanded by a captain. 203 men for a company." 40.6 million.

In one of the scenes with clones marching around there are 91 troopers per formation as they load onto ships. Then there are the larger units marching on Coruscant. 625 per formation. 18.2 mil to 125 mil.
1.2 mil units could mean 14.4 mil to 750 million. For a galactic government that 750 million sounds more likely then the smaller 14.4 million.

For a galactic military I am more likely to use unit to describe a number of people/clones.

Not the answer you're looking for? Browse other questions tagged star-wars star-wars-legends the-clone-wars revenge-of-the-sith or ask your own question.

245
Are all stormtroopers as poor soldiers as the ones in the movies?

15
Are Rebel pilots trained to conduct suicide runs?
29
Why didn't the Grand Army of the Republic overthrow Palpatine when he announced the Empire?
20
Were the Jedi ever publicly accused of exploiting the clones?
21
Was anyone else suspicious of the sudden convenient appearance of a Clone army?
3
Are new orders of clone troopers immediately ready for deployment?
10
How many clones in the clone army?
7
Why did Nala Se care about how many clone lives Anakin saved in "Shadow of Malevolence"?
11
How was the design and creation of the clones' Starcraft and equipment commisioned and kept hidden?