There is a written story that I read a long time ago where it was about a race of cat/humans (humans with cat ears and tails) and the hierarchy is based on fur color. Lighter the fur, higher rank you are. One character (a female) was teleported from a sort of different dimension, where everyone was just human. She was friends with royalty but wasn't royalty herself, though she can through with pure white tail and ears, which causes a lot of misunderstandings. There's another character that has black and white ears and tail (and is royalty) because one of his parents was of lower rank. It goes between 2 or 3 different characters and it has it's own webpage that I'm pretty sure is shared with a couple other webcomics/written stories that the same person created.

Could this be Survivor by Octavia Butler? Notably the aliens establish rank (and something of a caste system) via fur colour.

Survivor follows the early contact between the Missionaries, a group of human colonists fleeing a plague on Earth, and the Kohn, intelligent natives of the planet on which the Missionaries have arrived. In particular, the novel focuses on Alanna, the adopted daughter of the Missionaries' leader, as she attempts to prevent the Missionaries' destruction or assimilation at the hands of a dominant local culture. During the course of the novel, Alanna's experiences assimilating and negotiating with the Kohn draw upon her earlier, similar experience joining the Missionaries themselves, and Alanna's ability to interact with the various cultures becomes the key to their survival. 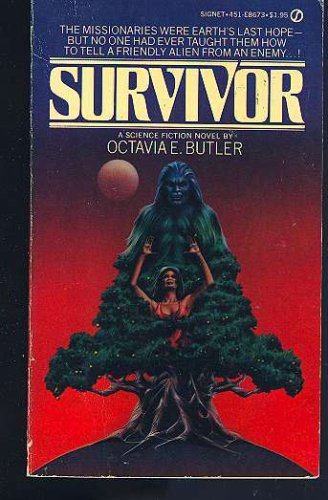 8
YA book about a human girl who saves an cat-like elf guy, deals with racism and magic and a prophecy
19
Book series about a future where gene-modified sentient animals were used as soldiers and are trying to find a place in post-war human society
10
A novel exploring what is “human,” through a human/humanoid marriage. Probably prior to 1964
14
Book with a cat who reveals to his reporter owner that cats can talk
7
Anime where students are transported to another world and awaken a female robot/witch