In Captain America: The First Avenger Steve Rogers is shown not only using firearms but also having an apparent familiarity and skill with them. However, in later installments of the MCU he doesn't appear to use them at all, and in the scene in The Avengers where he picked up a dropped weapon from one of Loki's fallen henchmen and fired on others of their number in order to stop them from getting to Tony, he seems to have lost his earlier proficiency with such weapons, although that may be due to the fact that he mostly used handguns and had no experience with automatic and/or semi-automatic weapons. So, why did Steve stop using guns? Is there any in or out of story reason given for it, or is it simply something that happened without it being acknowledged at all?

There are many discussions about this very topic all over the internet, and there are many different theories behind this. I think one of the most logical theories I have heard, and one that would line up very well with the story line, is that in WWII, he was fighting a war, thus he was using a gun. After that he became a super hero. At that point he was fighting super villains, and would have to use a higher moral ground against them.

The most common theory, and the most seemingly accepted, however, is that in the Avengers movie, there were many civilians around, thus no guns. And obviously he wouldn't know how to use such advanced tech.

I do not believe there is any official answer.

I can't find any explicit statement online. But, should I guess, I'd say the answer is simple and doesn't need any theory, discussions all over the internet, nor higher moral grounds.

Captain America is a comic character and movies about him are, well...about him. It happens in the comics that Cap uses weapon at the beginning of his career, stop using them over time, and as of today he doesn't use them much. Which is exactly what has been done in the movies, too, and this answers your question in terms of MCU.

So why, in the comics, he stopped using weapons? I can't find any interview of the time, so I have no out of universe answer, but in universe we see in Captain America #255 - The Living Legend receiving from F.D. Roosevelt a new, improved version of the shield, so effective as an offense weapon as it was as a defense weapon, that it ends up replacing his personal gun: 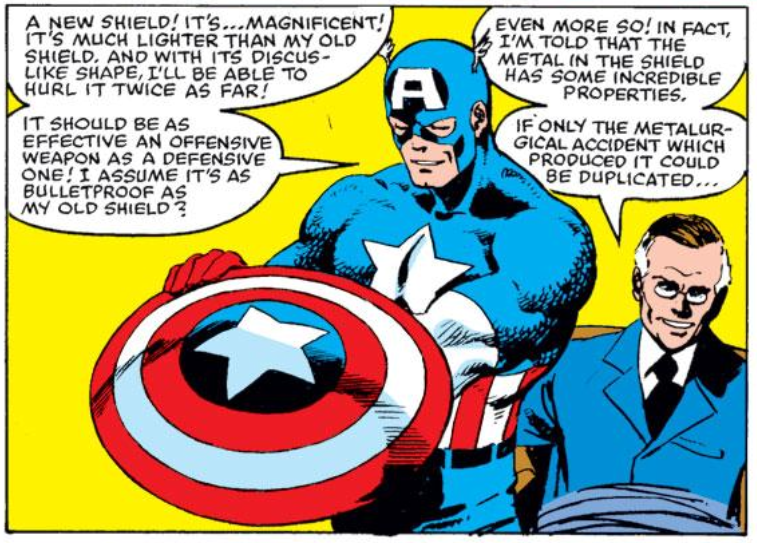 Still in universe, and this applies both to the movies and to the comic, it must be noted that dropping the gun is somehow a logical choice in the context of a super hero world. A gun has limited ammo and it's not a tool for close range combat. Cap has been gifted from the serum of extreme levels of strenght, agility, reflexes, speed, intelligence, the capacity of easily dodging buckets of bullets, and the capacity to throw a shield ignoring laws of physics.

He's optimised for close combat fight, and if he needs to take down enemies at range he can use the shield in a single throw to take down 20 people, save a cat on a tree, help a granny cross a street, and finally having the shield bounce back exactly in his hands with an hot dog on it.

All while in the same moment beating down a dozens or so of other enemies and dodging hundreds of bullets traveling well above the speed of sound.

And this in the time it would take him to shot two, may be three times from his gun. Why keep using the gun, then?

I totally agree with the theory proposed by Bruce.

However, there is another explanation that I find relevant too. In The First Avenger, Captain is shown more as a soldier who is fighting overseas and defending his nation. Being a soldier it was very obvious for Captain to use the guns since they specially trained to use it (In WWII especially). While in The Avengers and later movies, rather being a soldier he is more like a hero. Because of this, his morals might have changed.

He would have to stay above his enemy's morals and that's what Captain is doing. Hence, killing someone now might not fit his heroic morals.

Asking about the tech knowledge, I don't think Captain would be having any difficulty in learning any of those things. He is a fast learner after all and also his physical strength are more than relevant. 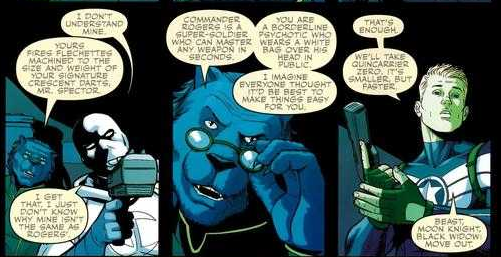 Couldn't it also be argued that in time he became more familiar with using his sheild as a weapon? Perhaps in WW2 he was not as confident in its ability, which after time, he grew to prefer and then use exclusively.

Not the answer you're looking for? Browse other questions tagged marvel marvel-cinematic-universe avengers captain-america captain-america-the-first-avenger or ask your own question.