Why do Cylon missiles miss so much?

This is from Ressurection Ship part 2, but happens all throughout the series. There are several missiles or even just most of the missiles that just outright miss Pegasus or aren't even on a trajectory to hit the Pegasus even from the outset. They're clearly shown maneuvering - the leftmost missile underneath Galactica changed course, and there's a few explicit shots of them changing course in S401.

Why are Cylons such terrible shots with self-guided projectiles in free space? 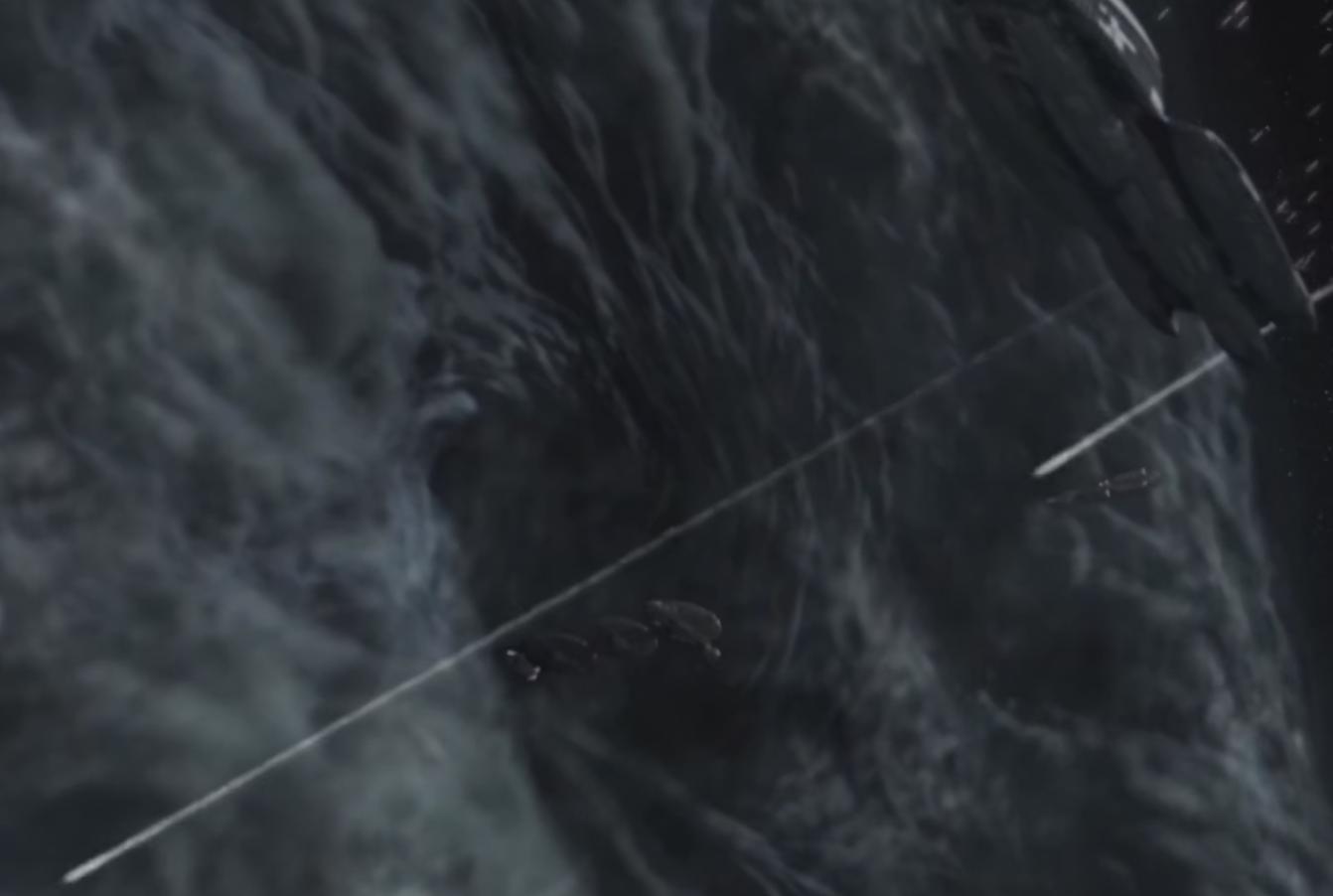 I don't have a specific reference for this, but I'd suggest a simple answer: Electronic Counter Measures (ECM)

We know that both the Colonials and the Cylons use electronic warfare. The Raptor, in particular, is noted on many occasions to carry an ECM suite. ECM is a broad array of tools that work along similar principles - to blind, jam, or otherwise trick enemy electronic detectors.

This may involve releasing chaff, or strips of radar-reflecting metal, that create false targets on enemy dradis; decoys, small drones that radiate a signal that matches the enemy's dradis frequency; or various forms of jamming, where the ECM system floods the local space with radio noise in specific frequencies that hide the dradis returns (in your first image, the manoeuvring missile had probably been affected by ECM - it thought it had a target, manoeuvred towards it, lost it, manoeuvred again...etc).

While ECM keeps your enemy's missiles from clearly seeing where your ships are, you can also move in unpredictable courses or jink. Especially when battles are fought in space and at long range, the spot you fired at a moment ago may not be the spot the enemy is in when the shot reaches it.

So if you're fighting at long range, your target could be jinking around so you're not sure where they're going to be at any given moment, AND they're degrading your tracking signals with ECM, what's a genocidal species of cripplingly insecure robots to do?

Instead of saving resources by trying for precision hits with a few super-accurate missiles, you fire everywhere. In front of the enemy, behind him, above him, below him, and straight at him. You box him in, straddle him with fire, so that no matter which missiles turn out to be in the right place, something's going to hit. It's the same principle as fully automatic rifle fire; you don't expect every round to hit, but you've got rounds to burn so you may as well shove some everywhere someone might be.

When you see missiles veering around, it's so that they do not strike things that are not their target (causing them to explode and fail in their actual goal). They are taking a detour so as not to waste ordnance. The intention is for the missile to eventually reach its actual target. That target may or may not be what you think it is! A military group will target the greatest threat first, or just unload at a specific objective if the survival of the firing ship is not as important as completion of the mission. It all depends on the circumstances.

In the case of missiles just firing straight into empty space, though, such as in the Miniseries, that is caused by a tidy little universal force called "plot". :) Here, Galactica was shielding the civilian ships so you wouldn't expect many shots on target there (apparently the self-guided missiles hadn't been invented yet...?) but Galactica herself ought to have been easy pickings, really. The way I look at it is that we're seeing just a tiny fraction of missiles that happened to slightly overshoot; the vast majority were on target, but most of those were taken out by Galactica's flak barrier. In that context, the Cylons don't look quite so bad.

30
What Happened to the Cylon Detector?
37
Why does Cylon number 6's back glow in episode 1?
2
What happened to Cylon model number Seven?
6
Why doesn't Helo see the lurking Cylon observers as he travels with Boomer?
12
Why does Gaius Baltar lie about the results of his Cylon detector?
15
Was Gaius Baltar a Cylon?
5
What is the Cylon Recon Drone?
3
Were Cylon Centurions ever given individual designations?
4
Did the entire Cylon race pursue the humans?
10
Is the Cylon Test reliable?