Does Rogue absorb only mutant powers of those she touches?

In typical Marvel works, we can see Rogue absorb the powers of any mutant that she touches.

Is there any canon info that shows her power to be either restrained to human mutants only, or in reverse, expanded to other beings (non-mutant above average ability humans, non-humans, non-sentient, etc...)

Rogue's mutant power first manifested in her early teens when she kissed Cody Robbins. Her mind filled with his memories, and he fell into a permanent coma.

Marvel Wikia expands on this with:

At some point, Rogue grew close to a boy named Cody Robbins. During their flirtation, Rogue impulsively kissed Cody, at which point, her latent mutant power to absorb the life energy and psyche of others with skin-to-skin contact emerged. Cody was left in a coma from which he would not awaken. Rogue was traumatized by the experience and she wore body-concealing clothing that eliminated the possibility of accidental skin contact. Rogue was not able to control her absorption power at first; any skin-to-skin contact activated it, and she sometimes retained residual memories of the people she touched. Rogue wished she did not have to cover up so much around folks, to protect them from her.

Her powers absorb the life force and psyche of those she touches. In the case of mutants or metahumans, she absorbs their powers as well. The length of contact affects how much she drains and the permanence of it. In the case of Carol Danvers (Ms. Marvel), Rogue accidentally absorbed her powers and memories permanently.

Short Answer: The issue she debuts against the Avengers in Avengers Annual #10 has her using her mutant powers against nonmutants quite effectively, disabling Captain America and Thor with her powers. At that point she has already gathered the powers of the non-mutant Ms. Marvel as well. She can only gain powers from living beings so Iron Man was safe against her touch as long as he remained in his armor. Sentinels are also proof against her touch. 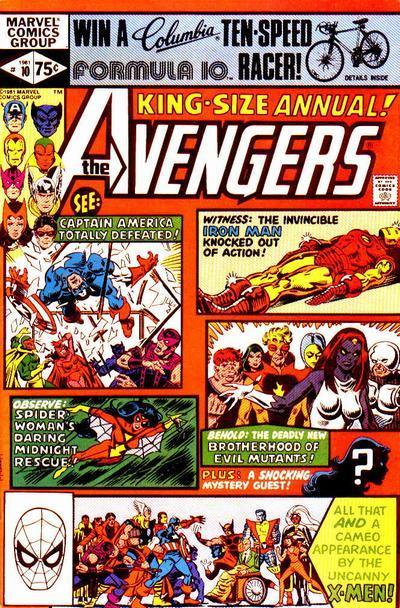 Rogue's powers (like so many mutants) has limits that are undefined and vary significantly from writer to writer. Her original mutant power was the singular ability to absorb the mental and metahuman capacities of other mutants. She has always been able to hold the templates for more than one metahuman at a time without any serious consequence to her. The basic premise is upon touching the uncover skin of another person:

Rogue's powers were transformed when she absorbed the abilities of Ms. Marvel, permanently. The absorption was complete leaving (temporarily) Carol Danvers without any powers at all. The absorption of Ms. Marvel's powers has had controversy since Rogue has significantly greater powers than Ms. Marvel had displayed until that point.

Since Ms. Marvels powers were derived from Kree technology, it is possible there was an unexpected interaction allowing Rogue even greater power than Ms. Marvel displayed.

Rogue has superhuman strength, resistance to injury, flight, heightened reflexes and a "seventh sense" making her capable of holding her own against mutants as powerful as Colossus, Mr. Sinister, Apocalypse, and other metahumans such as Iron Man and the Avengers.

Currently Rogue has been transformed by a variety of writers and storylines that allowed her power to be reset and developed normally.

She can now use her powers and they are under her complete control.

Rogue's Wikipedia entry shows the number of times her powers have been reset, reconfigured and the stories associated with those changes. Makes for confusing reading, and I have read the actual comics.

Rogue has been able to absorb Ares power, probably the most powerful being that she has come into contact with so far. She not only has perfected her control of absorption to where she can control how much life-force she can absorb but also memories, i.e. She once absorbed a pilots knowledge of how to fly a particular aircraft.

Not the answer you're looking for? Browse other questions tagged marvel x-men rogue or ask your own question.

10
Is there a set limit on mutant abilities, where they're deemed too unrealistic?
10
Why does Rogue say she is "half-alien?
12
Does Rogue ever take advantage of the removable power suppression we see?
3
Does Rogue absorb skills?
6
Can Rogue absorb and utilize powers from multiple mutants simultaneously?
27
How does Rogue from the X-Men fly?
4
Does Storm have any family, i.e. are Spyke and Mij'nari canon in the main Marvel universe?