So this book, which has a ship on its cover if I recall correctly, begins with a boy who could use a sort of magic that was uncommon but not exactly rare wherein you could see energy flow and manipulate it with the right discipline, moving objects and X ray vision and the like. So this boy reveals his power to his mother who immediately rejects it and so he stops using it for years and years until some royal fiasco involving power stones with really weird names (blood stone, snow stone, typical fantasy elements) and assorted perks forces a wizard to visit him and curse him with decreased metabolism. that is, he would keep getting hungrier and fatter until he learned enough magic to break the curse, because he is the reluctant protagonist and whatnot. Spoiler alert, he eventually breaks the curse by learning to shapeshift into a seal creature (because apparently the curse only applies to his human body?)...although it really doesnt have much to do with the main plot. His name was Earl Jhord or something like that and the name of the book starts with 'S' like Saskrillion or something. The author had a strange taste in names.

I don't know if that's enough information for anyone to help me but I read it back in 2007 or so. Hopefully it rings a bell and someone can point me to it, I enjoyed it the first time I read it and it would be nice to locate another copy.

I think the book you are looking for is Lyskarion: Song of the Wind. 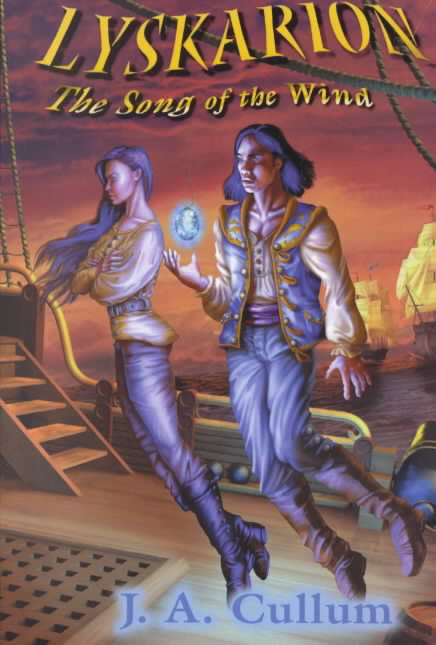 This is the first book in the Chronicles of Karionin by J.A. Callum.

One of the major characters is Jerevan Rayne. He is born with powerful magical potential but is forbidden from studying magic because of his mother. His mother is very religious and views all magic as evil. Because of this, even as an adult he refuses to study and develop his talent.

Derwan, the head of the one of the wizard orders is annoyed that such magical potential is going to waste. Because of this he curses Jerevan with massive hunger. Jerevan is in danger of passing out if he goes more than a couple of hours without eating. Because he is not given a correspondingly high metabolism, he starts to rapidly gain weight.

At one point he shapeshifts into a whale (not a seal). Although the curse still affects him in whale form, the buoyancy of the water offsets the disability caused by the obesity.

Jerevan does appear in the second and third novels but is not a major character in those books.

10
Story with a boy who has to conjure apples, and learns magic with the Socratic method?
5
Book about a girl with magic and a boy a with curse
15
Book where a pickpocket steals a sorcerer's stone and becomes his apprentice
19
Fantasy novel with a boy in a magical school who has no magic so he leaves
7
YA book series: 4 books each follow a child with a type of elemental magic, who are brought together in the 5th book