In every series of Star Trek (at least that I recall), using the transporters has a trained Starfleet operator performing the transport when ordered. It seems that for the run-of-the-mill transporting people or cargo on and off the ship, this could easily be handled by the ship's computer, at least from TNG era onwards. Instead, there is always a transporter chief who performs the transport operation. 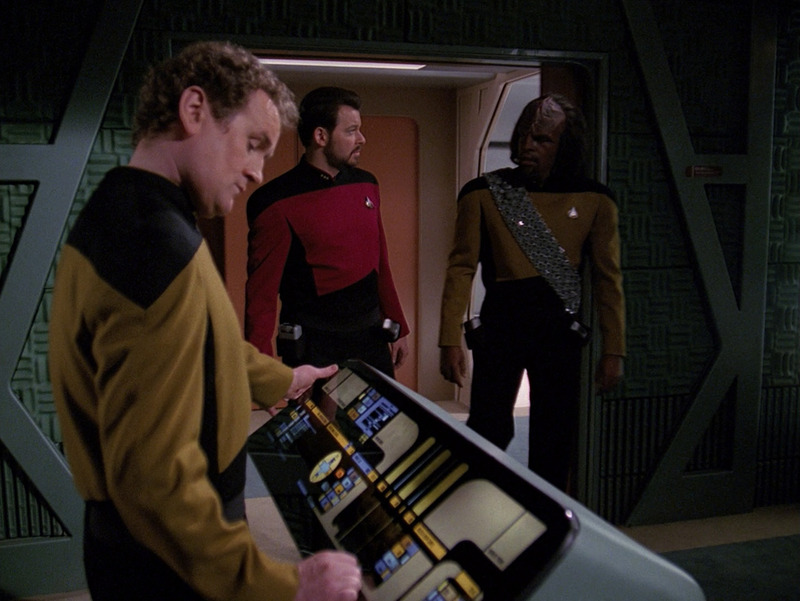 I can understand that under challenging circumstances where there is margin for error, then a trained Starfleet operator may be required to make snap decisions or adjustments, but for the most part, using the transporter seems to be a mundane task. A voice command to the computer would be logical, given that the operator is more or less pushing a button when the command is given.

Given that the operator is going to depend on the computer to actually perform the calculations, Is there any in-universe reason given as to why operating the transporters still requires a transporter chief?

I can understand that under challenging circumstances where there is margin for error, then a trained Starfleet operator may be required to make snap decisions or adjustments, but for the most part, using the transporter seems to be a mundane task.

Transporting, while mundane, is still a highly dangerous activity. In the case of an emergency the computer might not be programmed to deal with the issue (stuff happens all the time in Trek) and you need a trained intuitive person there to handle it.

As discussed in the comments, the same applies to computers flying shuttles / starships...in most cases there is still an actual person at the helm....just in case.

We have driverless cars now (almost) and they still have steering wheels and manual brakes.

When you look at how contemporary military organizations function, they have a large amount of redundancy. There may be an automated task, but there is usually a person as backup to the automation in case it fails in an emergency. This is why a military ship has a larger crew than a civilian ship with a comparable function (i.e., a military cargo ship will have a larger crew than a civilian cargo ship).

During downtime, those personnel are doing routine maintenance (i.e., during warp, when the transporter isn't required, the operator is doing routine maintenance checks). During operation, it's important that the personnel are paying attention, rather than thinking about something else. Therefore, they're usually assigned actual tasks other than just watching gauges during operation...like controlling the transporter operation. Additionally, emergencies don't happen every day, but daily operations are ongoing and personnel need to keep in practice so they're ready when emergencies do happen.

Can a computer with the sophistication of the one aboard the 1701D or 1701E run the transporter? Almost certainly. There are a few instances in the various series of people starting the transport operation on a delay, then stepping on the transport platform, so it's possible to at least that extent. I even seem to remember a few instances of completely automated transporter operation, although I can't find the references, so don't quote me on that (maybe on starbases?). But it's entirely consistent with a military organization to have a human transporter operator.

42
Is Starfleet a military or civilian organization?