Do all clone troopers have names?

Or have some failed to achieve individuality and remained as literally just a number?

While most of the clone trooper characters we know about (i.e. who aren't just scene "extras") have names, there is a selection bias: if such a character is notable enough to be more than a mere "extra" then he's probably notable enough to get a nickname.

I suspect many (perhaps the majority) of clones were never given a nickname, especially those who died early in the war. All the clones who died in the Battle of Geonosis, for example, probably did not have time to earn a nickname.

The following are examples of clones without names:

Clone 99 is a clone who was never given a nickname. He didn't serve in the war, either, because he was malformed and had genetic defects. 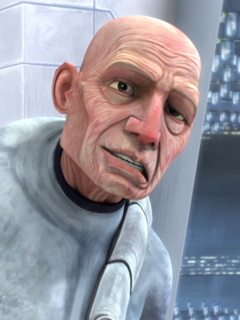 CT-327 is another possibility. He was ambushed by Separatist droids, but the transcript of the episode he appeared in has another clone refer to him by his numerical designation when he could have used a nickname:

CT-1477 is yet another possibility. He is only referred to by his numerical designation in the transcript of the episode he appeared in:

The (archived) "clone troopers" article on starwars.com mentions in the "From the Expanded Universe" section that

Clone troopers typically refer to each other by their identification numbers. In small groups and under close quarters conditions, they commonly refer to each other using only the last two digits of their ID number. The use of individualized nicknames was known to occur on the battlefield, but the Kaminoans disparaged the asymmetry it introduced among their creations. At the behest of the Republic and the Jedi, the cloners put aside their dislike for Alpha's program that resulted in such notable named clone soldiers as Odd Ball, Cody, Bacara, Bly, Neyo, Appo, Fox and Gree.

There are quite a few unnamed clones from Legends, in part due to the Kaminoans' discouragement of names. A notable example is CT-915, whose death was lamented by CT-914. CT-914 referred to him by his numerical designation despite being close to him. Another notable example is CC-4816 -- whereas all the aforementioned clones were mere troopers, CC-4816 was a clone commander yet no name for him is known.