How wide and deep was the Pau City sinkhole?

In Revenge of the Sith, both General Grievous and Jedi Master Obi-Wan Kenobi visited Pau City. The site was the stage of the conclusive battle of the Clone Wars. But what were the dimensions of the sinkhole the city was built around?

According to Wookieepedia, the diameter (width) of a Core Ship, such as The Unlimited Projection, was 696 meters. In my rough visual comparison of the sinkhole, the width seems to be about 12 times the diameter of the ship, which would result the total measure of around 8,400 meters. 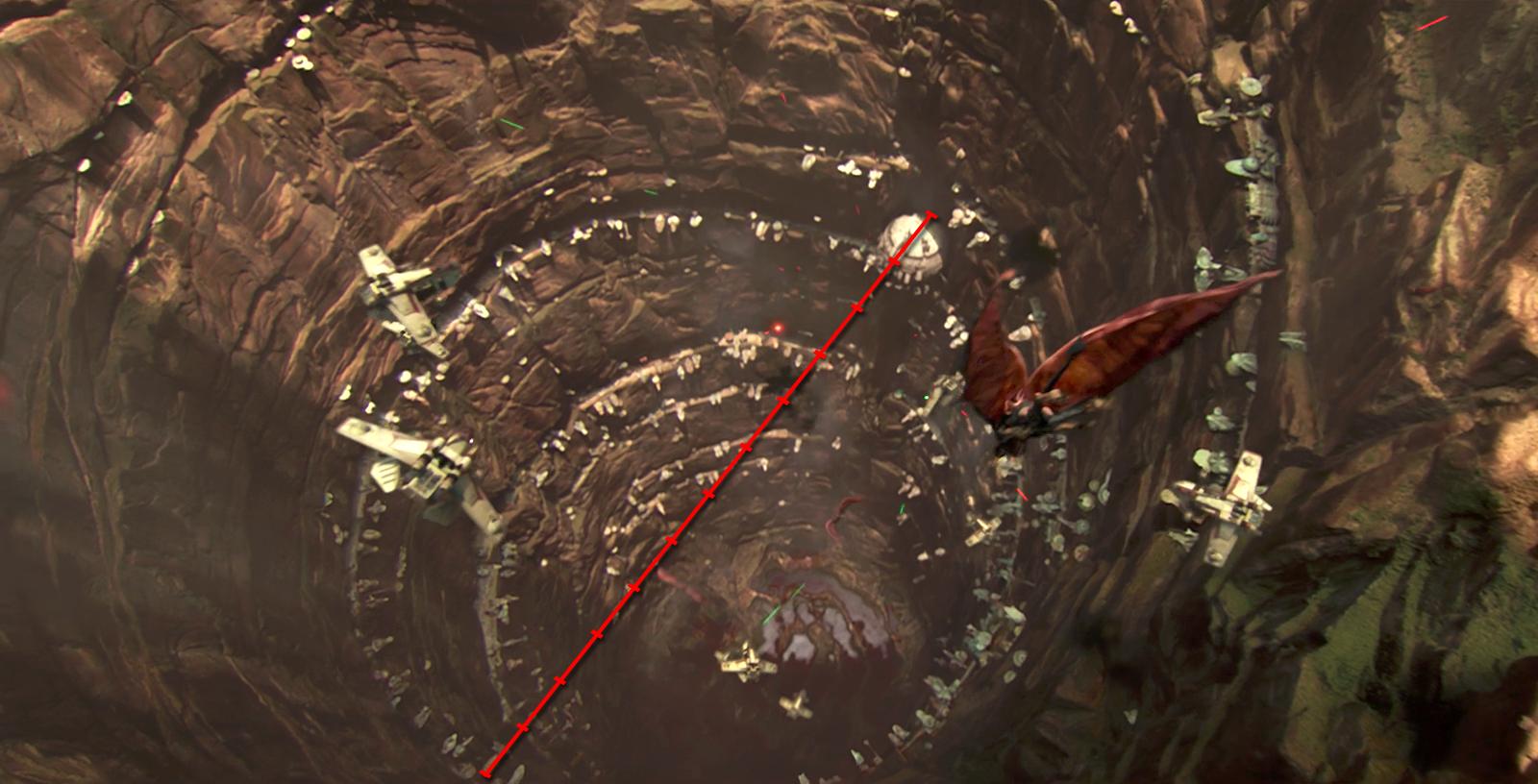 But do we have any official confirmation on this? And what about the depth, which is difficult to measure like this?

The Star Wars: Absolutely Everything You Need to Know factbook states that the city is 11 layers deep. There's also a mention in the Star Wars - Complete Locations book that the docking bays can handle Trade Federation Core Ships (700m x 900m) and in the Revenge of the Sith Novelisation that the landing spaces were

Assuming the main landing level is around 800 metres high and given that the private landing pad layer used by Grievous appears to be at least 300 meters high, that means that the average layer height is somewhere between 500m-800m.

This places the approximate depth of the main Pau City sinkhole at around 5-8000m, a figure that seems to tally reasonably well with your calculations regarding the sink-hole's width (e.g. around 8-10k)

I think I've finally discovered the right answer for the depth issue. I just watched this documentary, in which Visual Effects Supervisor John Knoll says:

We had a sinkhole that was about six feet diameter and about 12 feet high. 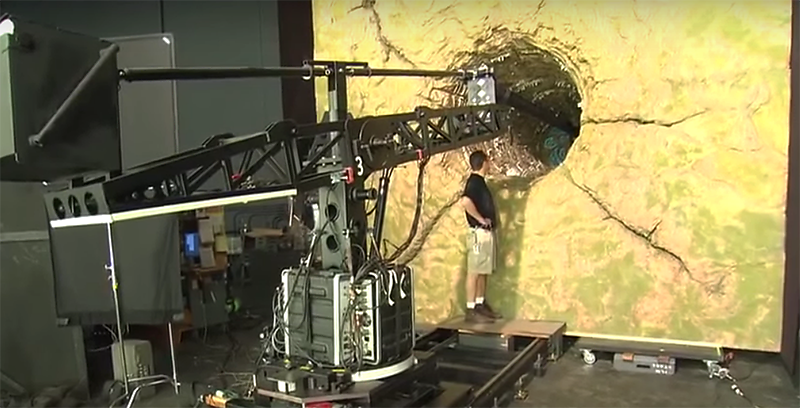 So, according to the model ratio, the depth is roughly twice the diameter. With the earlier determination of 8,400 meter diameter, it would make the Pau City sinkhole 16,800 meters deep!

Not the answer you're looking for? Browse other questions tagged star-wars spaceship revenge-of-the-sith obi-wan-kenobi general-grievous or ask your own question.

47
How was Obi-Wan Kenobi able to hide his light side presence from Vader and the Emperor?
23
How deep was Coruscant's surface buried?
9
How old was Obi-Wan when he was apprenticed?
19
How could Padme (and Anakin) not know she was carrying twins?
2
Where did General Grievous hide his starfighter on Utapau?
13
How exactly did Obi Wan Kenobi alter the hidden message to the remaining Jedi who were alive?
8
Why didn't General Grievous intervene during the fight of Darth Tyranus vs Anakin Skywalker and Obi-Wan Kenobi?
2
Why did Grievous tell Obi-Wan he was trained in the Jedi arts when Obi-Wan already knew?
31
When did the idea of Coruscant being a planet wide city develop?