Why are so many female Marvel characters redheads?

Redheads only make up about 2 percent of the real-world population. Yet it feels like the percentage of (major) female Marvel characters with red hair is much higher--Natasha Romanov, Pepper Pots, Patsy Walker, Jean Grey, Raven Darkholme, to name a few.

Is there a reason for this? In- or out-of-universe?

(Am I wrong for thinking redheads are over-represented in the Marvel Universe?)

Stan Lee's wife, Joan Clayton, was a redhead before her hair color changed. She is said to be the inspiration for MJ and other female characters.

Brian Ward of The Arkham Sessions podcast has pointed out (on numerous occasions) that a significant portion of henchmen in Batman: The Animated Series are in fact redheaded. 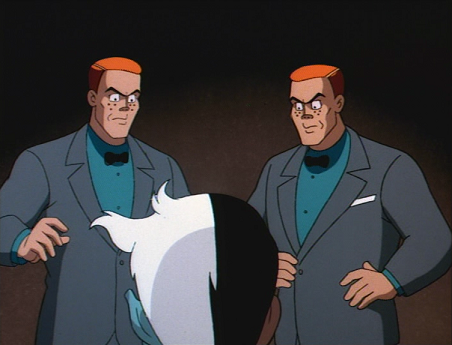 I can't point you to a specific episode of the podcast, but they talk about it on twitter enough that it should be pretty easy to find some discussion if you wanted to.

One tongue-in-cheek theory is that redheads must be more prone to evil in the BTAS universe. That's a joke, because obviously the real reason there are so many redheads is to make it easier to distinguish between characters. The animators (or colorists in the case of comic books) are already limited by the colors they can use for black, brown, and blonde hair, so adding another option (red) into the mix helps add some variety.

This trend has also been discussed on TVTropes.

This YouTube video claims that it was more difficult to print brown than red in early comic books. This video seems a little bit click-baity, but the logic is there: with limited colors available, you're going to use the colors you do have more often than they might appear in real life.

Not the answer you're looking for? Browse other questions tagged marvel characters or ask your own question.