Why were these Klingons wearing platform shoes in Heart of Glory?

In Star Trek: The Next Generation episode, Heart of Glory, the two Klingons can be seen wearing two platform shoes on both feet - is there an in-universe explanation or is it just for the actors to appear taller? 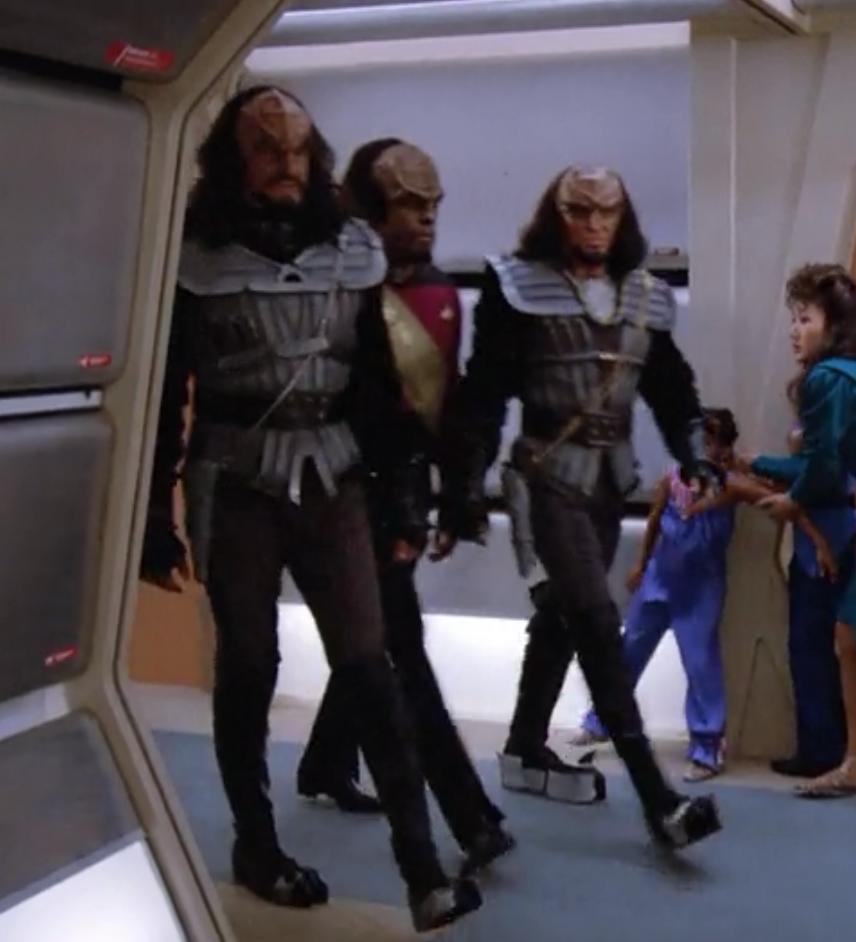 As you can see, they also appear like masking tape is attaching them to the sole of the actor's feet.

I believe the out-of-universe and in-universe reasons are identical: the actor / character on the right is much shorter than the one on the left.

First of all, the actor on the left has shoe soles that are not especially thick. Here is a close-up on his feet from the very same episode:

The actor on the right is shorter than both his compatriot and Worf. This height difference would be even greater if he were not wearing the platforms.

Out-of-universe, the Klingon pair are intended to be fearsome warriors, bred for battle. Height helps to convey this. In-universe, a short Klingon would experience a strong need to compensate.

I can find no official confirmation of this, but I believe it falls within the bounds of reason.

It is worth noting that the TNG-style Klingon costumes were designed by Robert Fletcher, who based the uniform on Japanese feudal warriors (as detailed in Reeves-Stevens, Judith and Garfield (1995), The Art of Star Trek, Pocket Books). There does not seem to be a specific inspiration for the footwear.

By the way, the boots don't have masking / duct tape. It is metal plating, as seen in the clip above but also here: 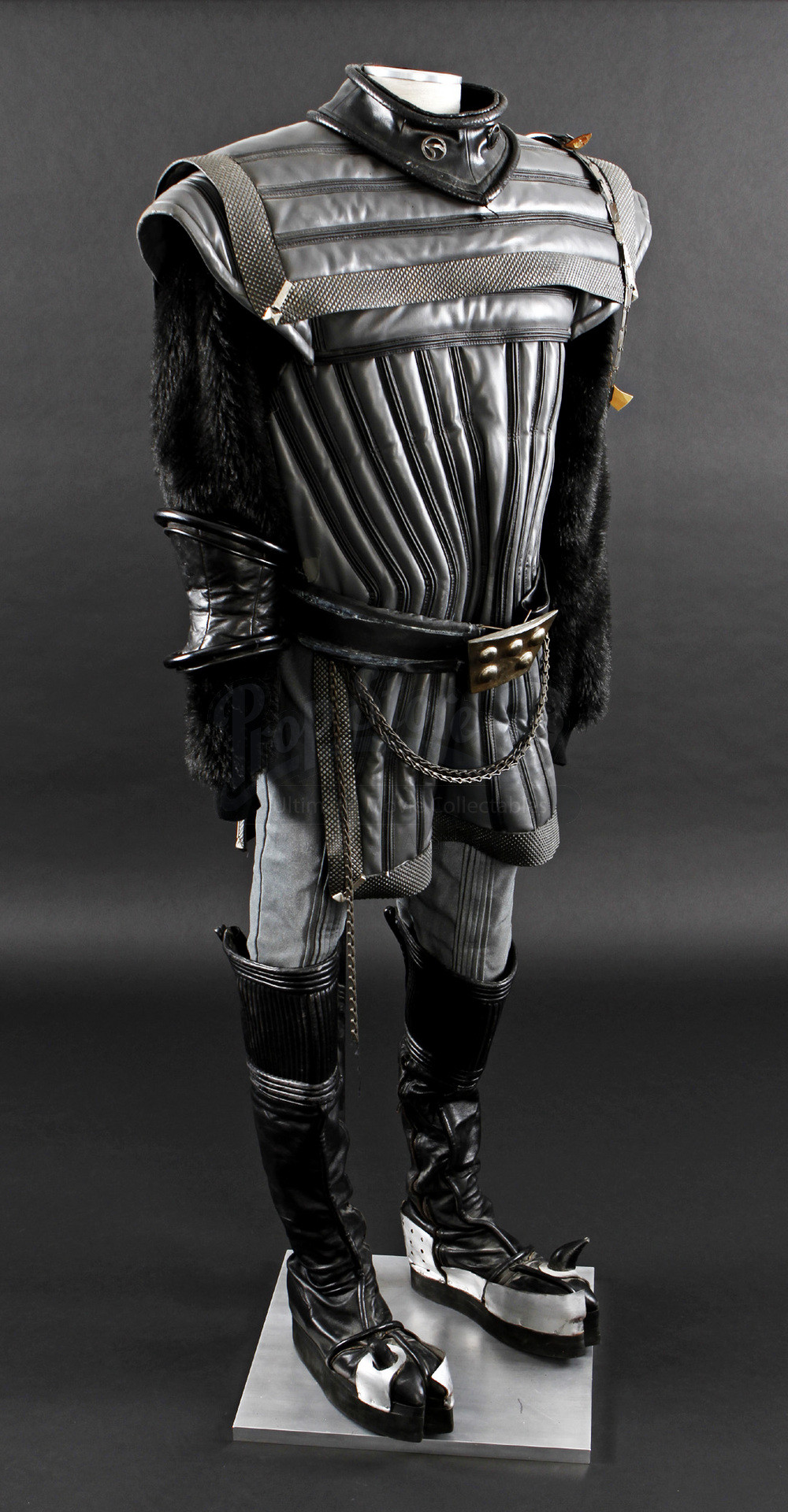 Long story made short: I believe the thickness of the platform is tailored to the actor, and is used in-universe to nurture an intimidating pose.

22
What is the spike on Klingon boots for?

39
Why did the Star Trek writers decide Warp 10 would be infinite?
32
Are there video games in the Star Trek universe?
27
Why is Counselor Troi in uniform in ST: TNG "Encounter at Farpoint"?
20
Are there in-universe explanations for how some species' appearances change between series?
22
Are Klingons obligate carnivores?
8
Why was Deanna Troi missing from some of the first season TNG episodes?
17
Star Trek - Borg's Eyepieces
22
What is the spike on Klingon boots for?
18
In which episode did Worf's say his famous phrase about humanity?
5
Do light-skinned Klingons exist?