Did Obi Wan know it was Luke’s sister in the hologram R2-D2 showed?

In the “Help me, Obi Wan Kenobi, you’re my only hope” hologram, when Obi-Wan first saw it, did he know that it was Luke’s sister? 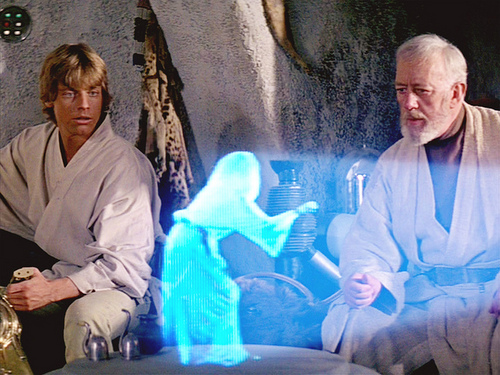 With these pieces of information in mind, it would have rather odd had he assumed it to be anyone but Leia Organa.

In ANH, he did not. Lucas did not have ESB, or ROTJ written yet. Luke and Leia were not related in any way until ROTJ was written, hence the brother and sister kissing thing. The original intent was that Leia was a princess and rebellion leader only. Luke was to have a twin, and the original concept was to have him searching for, and finding them in the next 3 episodes after ROTJ. Not sure why that was all scrapped. Lucas did some retconning in esp. 1, 2, and 3. Unfortunately it created other continuity errors with the originals. This particular time, Obi-Wan was not lying or telling things from a "certain point of view". The script had Luke and Leia not related at all.

Here is one link I read some of that at.

Here is another on Twitter from Carrie Fisher herself. Pretty much confirmed that the twins thing with her was not planned.

Not the answer you're looking for? Browse other questions tagged star-wars a-new-hope obi-wan-kenobi princess-leia or ask your own question.