90's vampire anthology book, including a story about vampires having taken over, told by a vampire's servant, killed by a nun

I remember really loving this book when I read it in 7th grade.

Though the only story in the book I explicitly remember is one about a future in which vampires have taken over the country and use human servants, who wear crescent moon earrings, to find their victims.

The story is told from the perspective of a vampire's servant who references the Metallica song "Enter Sandman". The protagonist is lured into a trap and is killed at the end by a nun who turns out to be a murdering vigilante who kills vampires and their servants.

The book had to be released sometime inbetween 1991 (since it references the Metallica song) and 1999.

I also remember at least one of the stories being sexually explicit with a graphic depiction of sex; whether it found its way into the school library by mistake or it was just tame enough to still be YA, I'm not sure. 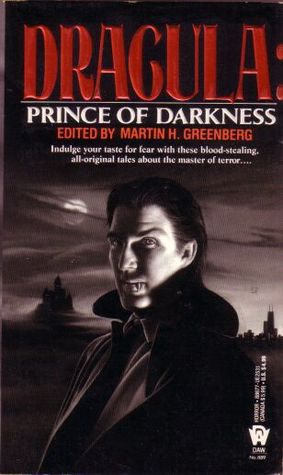 This anthology of vampire tales was published in 1992, so it fits the time frame. The story you remember is probably “The Lord’s Work,” which features a vampire-killing nun. It seems to match the details you remember:

Under the Fang (1991). This was an anthology about vampires that took over the world released about that time; think zombie apocalypse but in lieu of zombies it was vampires. 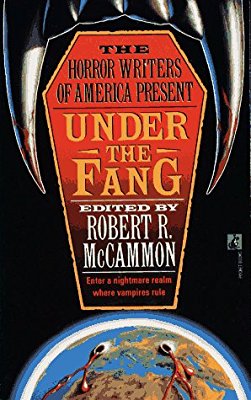 Not the answer you're looking for? Browse other questions tagged story-identification horror vampire anthology-book or ask your own question.

7
Book identification: Story about a vampire that awakens just as the Nukes hit
21
Anthology book with story about robotic bombers
12
Scholastic sci-fi anthology book containing a short story about a planet with crystal monsters
15
Horror short story told through a collection of postcards about a man killed by an ancient snake goddess