Was The Thing the pilot or a passenger on the space ship?

I just watched John Carpenter's The Thing, and also the 2011 version.

One thing I can't work out is if The Thing was the pilot of the space ship, or a passenger. It's possible there is no in-universe definitive answer, but I'm open to suggestions.

My original assumption (based on the 1982 movie) was that it was a passenger, and that the ship crashed because there was nobody left able to fly it. But the 2011 movie makes me question that assumption.

Taking John Carpenter's "The Thing" as the definitive version, as anyone would, it appears to be the pilot. The spaceship approaches Earth, it lands intact (as seen at the Norwegian's dig), and a single body was found. It was the pilot, if there was a pilot.

Although nothing shows this in the original film, there was a separate Alien Pilot planned for the 2011 sequel. 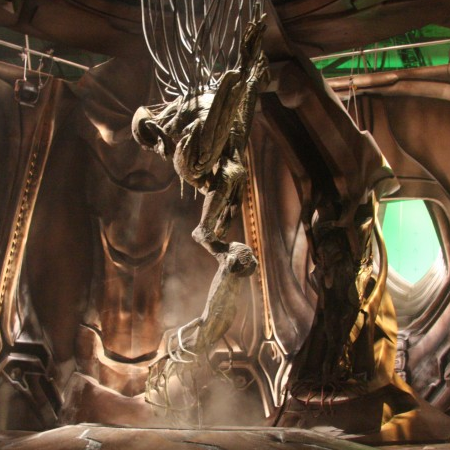 The Alien pilot did not make the final cut as it was:

dropped after experiencing a poor reception with test audiences and financial constraints.

More details on the Alien Pilot, and why it was dropped here.

The Pilot Alien is a member of an Alien pilot race who collected specimens from different planets, a sort of planet zoological expedition

It then goes on to explain that originally before the ship crasged The Thing, after revealing itself takes on the form of a Pilot Alien so that it can fly the ship.

So plausibly, The Thing is both Pilot and Prisoner but never a willing Passenger.

29
Ending of John Carpenter's The Thing
10
Radio operator's throat in The Thing (1982) and The Thing (2011)
3
Is The Thing biologically compelled to infect other worlds?
6
Infection by dead Things
9
In what order should I watch The Thing movies?
9
Why was Colin's suicide scene deleted?
6
Does The Thing learn from its victims?
5
How did the dog-Thing know where to run when it fled the Norwegian base?
6
The Thing and its mimicry
9
Who is the first character that succumbs to the paranoia in John Carpenter's The Thing?