What did Obi-Wan do in between bringing Luke to Tatooine and leaving on the Falcon?

What, besides acting out the role of 'Old Ben the Hermit', did Obi-Wan do on Tatooine in between bringing Luke to his Uncle and saving Luke from the Sand People years later?

Did he have a trade, or was there another way he was able to support himself?

Obi-Wan's life on Tatooine is detailed in the canon comics (Marvel Star Wars #7), the Inside the Worlds factbook and the animated Star Wars webtoon by Hong Jacga.

He makes items for sale and repairs small electrical devices 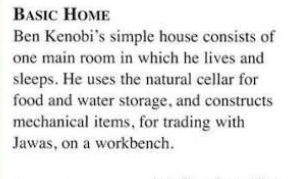 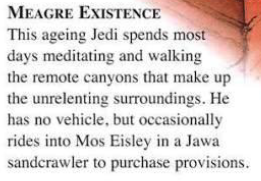 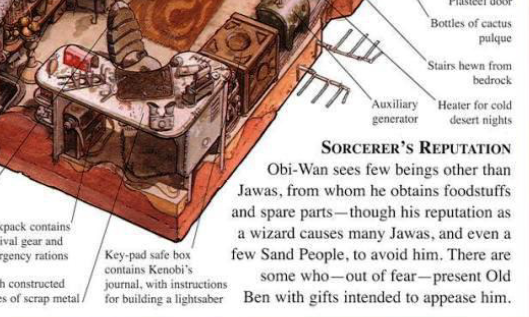 Ben Kenobi's simple house consists of one main room in which he lives and sleeps. He uses the natural cellar for food and water storage, and constructs mechanical items, for trading with Jawas, on a workbench.

This ageing Jedi spends most days meditating and walking the remote canyons that make up the unrelenting surroundings. He has no vehicle, but occasionally rides into Mos Eisley in a Jawa Sandcrawler to purchase provisions

Obi-Wan sees few beings other than Jawas, from whom he obtains foodstuffs and spare parts — though his reputation as a wizard causes many Jawas and even a few Sand People, to avoid him. There are some who, out of fear, present Old Ben with gifts intended to appease him. 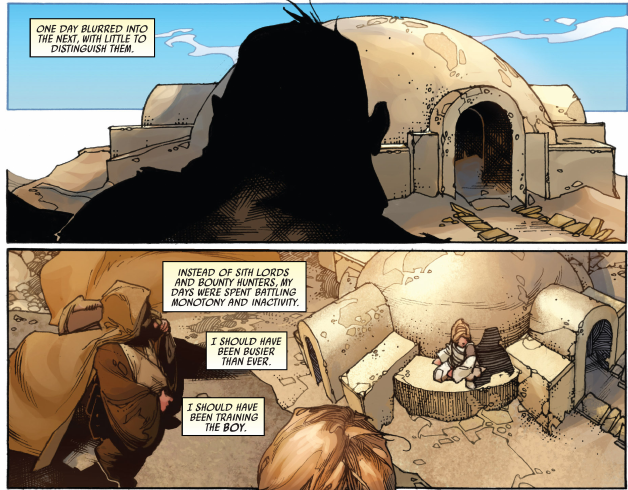 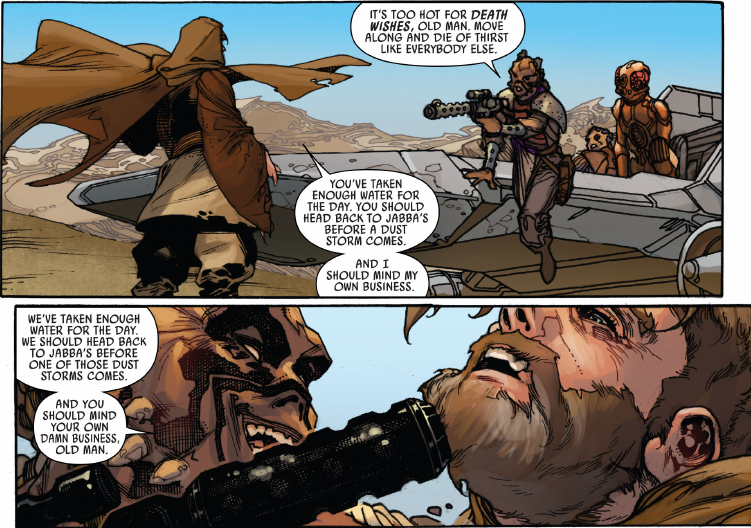 After a while, Owen asked him not to come around anymore. 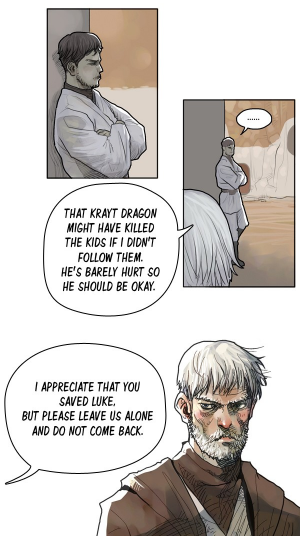 The main thing he did was watch over Luke. That was his main purpose there, as he said to Bail Organa and Yoda on Polis Massa. Yoda says "To Tatooine, to his family, take him.", and Obi-Wan says "I will take the boy and watch over him." There are many instances in the legends where he 'saves' Luke from skirmishes, etc. even though Luke's Uncle Owen wasn't too happy about that.

With regards to his own life, he continued with his training, despite not having a master with him. As Yoda says to Obi-Wan on Polis Massa, Obi-Wan's old master Qui-Gon had contacted him and had found the way to 'come back' to the world of the living and interact with people. Qui-Gon had not completed his own training, so he could only come back as a voice (I think), but he told Yoda how to do it. Yoda taught Obi-Wan, and he spent at least some time on Tatooine training with this particular 'power'.

This last part is just speculation, but he might also have travelled at least around the immediate vicinity of where he lived and where Luke lived, and got to know a bit more about the planet he was on. Evidenced by:

EDIT: From the wiki, the cantina on Mos Eisley was indeed a popular gathering place for spacers, smugglers, and the centre of a host of criminal activity in Mos Eisley. So you could argue that Obi-Wan might have simply heard about the place, brought Luke there, and met Chewbacca by chance. But to have asked around for smugglers who were willing to evade Imperial Troopers would have attracted too many unwanted questions and rumours. There was a very high chance that some smuggler could have rejected them, and then tattled to the Imperials for money, if Obi-Wan had simply walked in without a plan. In fact, someone did tattle to the Troopers just before the Millennium Falcon took off.